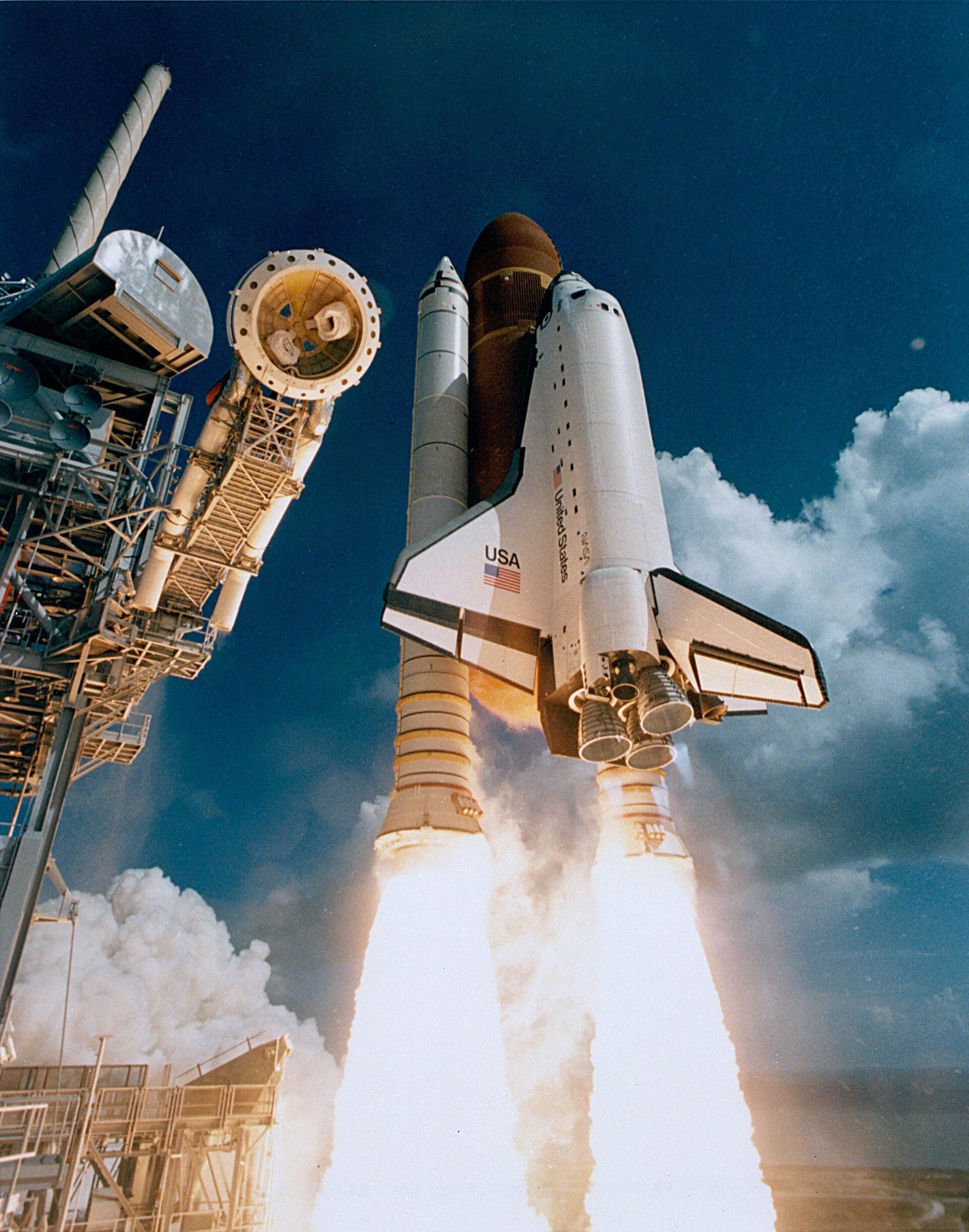 The Space Shuttle will be launched 8 July on its last mission, bringing three decades of flights of this unique spaceplane to a close. ESA’s new website highlights this era and its important role in European space endeavours.

The boxy black and white craft is the queen of technological marvels from the late 20th century. From its first launch in 1981 the Space Shuttle has been the way to fly to space for many of humankind.

It has transformed spaceflight: it dispatched and partially even returned many satellites and deep-space probes, it helped to end the Cold War by docking with Russia’s Mir space station and it made assembly of the International Space Station possible.

Impressively, the Hubble Space Telescope was delivered into orbit, repaired and maintained by Shuttle on five missions.

With some 2.5 million moving parts, the orbiter with three main engines fuelled from the huge external tank, and the complementary twin solid rocket boosters form a package that is perhaps the most complex technological system ever built.

Europe was involved closely with the Space Shuttle from the beginning. NASA’s invitation in 1969 to participate in the post-Apollo Programme led Europe in 1972 to agree to develop a reusable pressurised laboratory module as an integral element of the US Space Transportation System.

Named ‘Spacelab’, it was sized for the Shuttle’s roomy cargo bay. Since it was modular and reusable, the composition of the laboratory was tailored to each mission.

This ESA-NASA cooperation meant that European astronauts flew on the Shuttle as the first non-US crewmembers. Beginning with the flight of ESA’s Ulf Merbold in 1983 on STS-9 the first Spacelab mission, 24 Europeans have flown on 25 Shuttle missions. The last was Roberto Vittori, on the craft’s penultimate flight last May.

Europe’s Columbus laboratory module was delivered by the Shuttle to the International Space Station, like the other European-built ISS infrastructure elements which provide a major portion of the habitable environment.

NASA decided in 2003 to retire the Shuttle after completing the Space Station assembly, but last year another flight was added to deliver a variety of supplies and major spare parts to sustain Station operations. This Shuttle flight will also carry another time the Italian-built Multi-Purpose Logistics Module (MPLM) which has been instrumental namely for deploying ISS research racks.

The Shuttle fleet’s retirement will restrict cargo transport capacity and some spares cannot be delivered by the remaining unmanned ferries.

The 12-day STS-135 mission will be launched on Friday 8 July at 17:26 CEST (15:26 GMT). Shuttle Atlantis will attach the MPLM Raffaello temporarily to Node 2 port of the orbital outpost for the crew to unload its precious cargo and to take over also various download items.

Two of the four crewmembers will make one spacewalk to recover a Station ammonia pump that recently failed. It will be returned to Earth for engineers to understand the problem.

Atlantis will also fly the Robotic Refuelling Mission, an experiment to test the tools and techniques for the robotic refuelling of satellites in space.