The International Space Station (ISS) orbits Earth at a height of approximately 400 kilometres. It takes 90 minutes for the ISS to make one complete turn around the Earth. Day and night on board the ISS are different from day and night on Earth...

Let’s try to understand why! 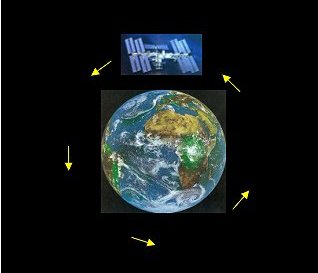