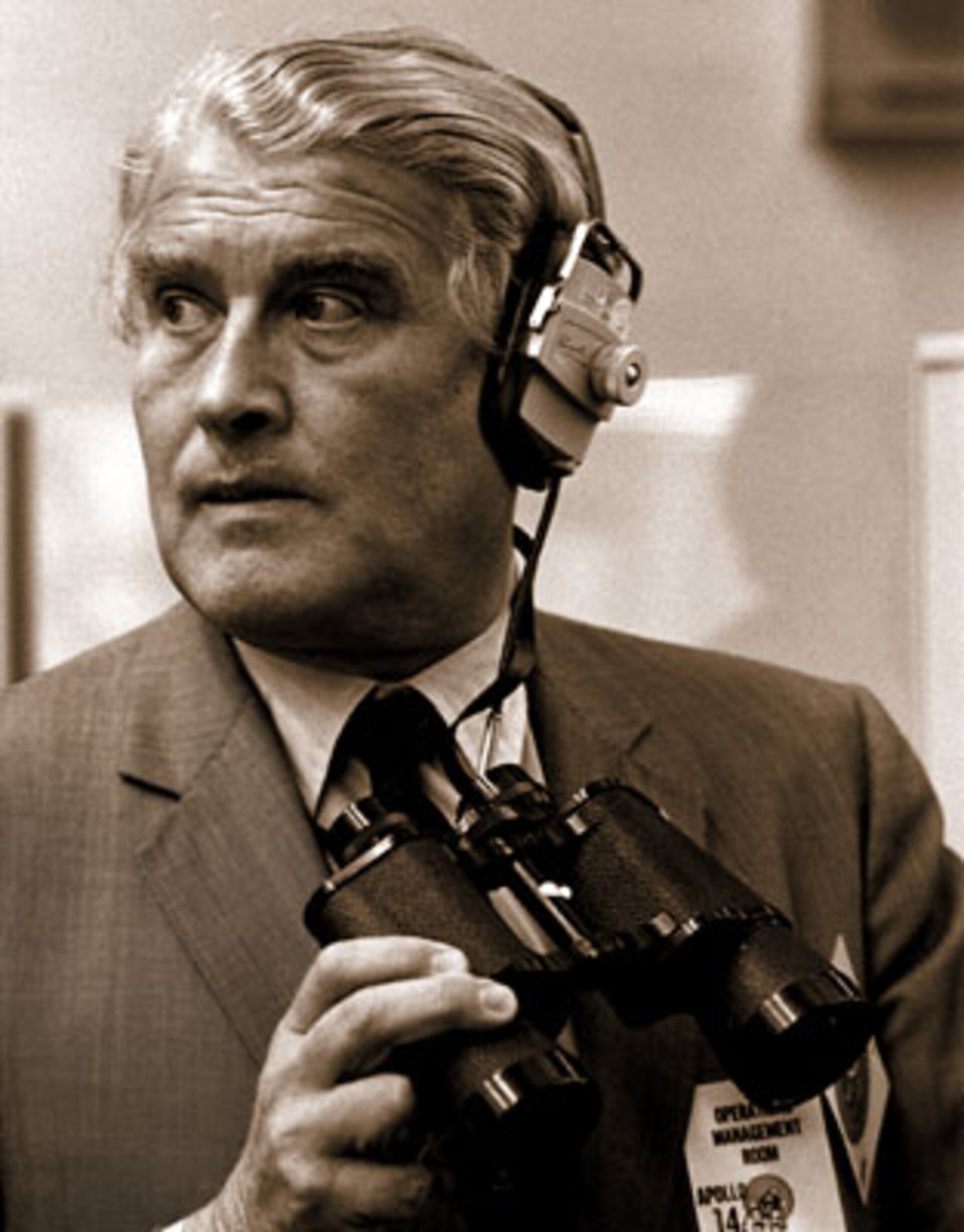 Von Braun was the German-born engineer who played a prominent role in all aspects of rocketry and space exploration, first in Germany and, after World War II, in the United States.

His will to expand man's knowledge through the exploration of space led to the development of the Explorer satellites, the Jupiter and Jupiter-C rockets, the Pershing missile, the Redstone rocket. These in turn led to his Saturn rockets which allowed mankind to set foot on the Moon.

Proctor was an English astronomer who was the first to suggest in 1873 that lunar craters were the result of meteor impacts, not volcanic activity as had been previously thought. In 1867 he made a map of the surface of Mars showing continents, seas, bays and straits, following Riccioli's mapping of the Moon. He did not identify the channels (canali) as Schiaparelli did after him. Proctor died on 12 September 1888.