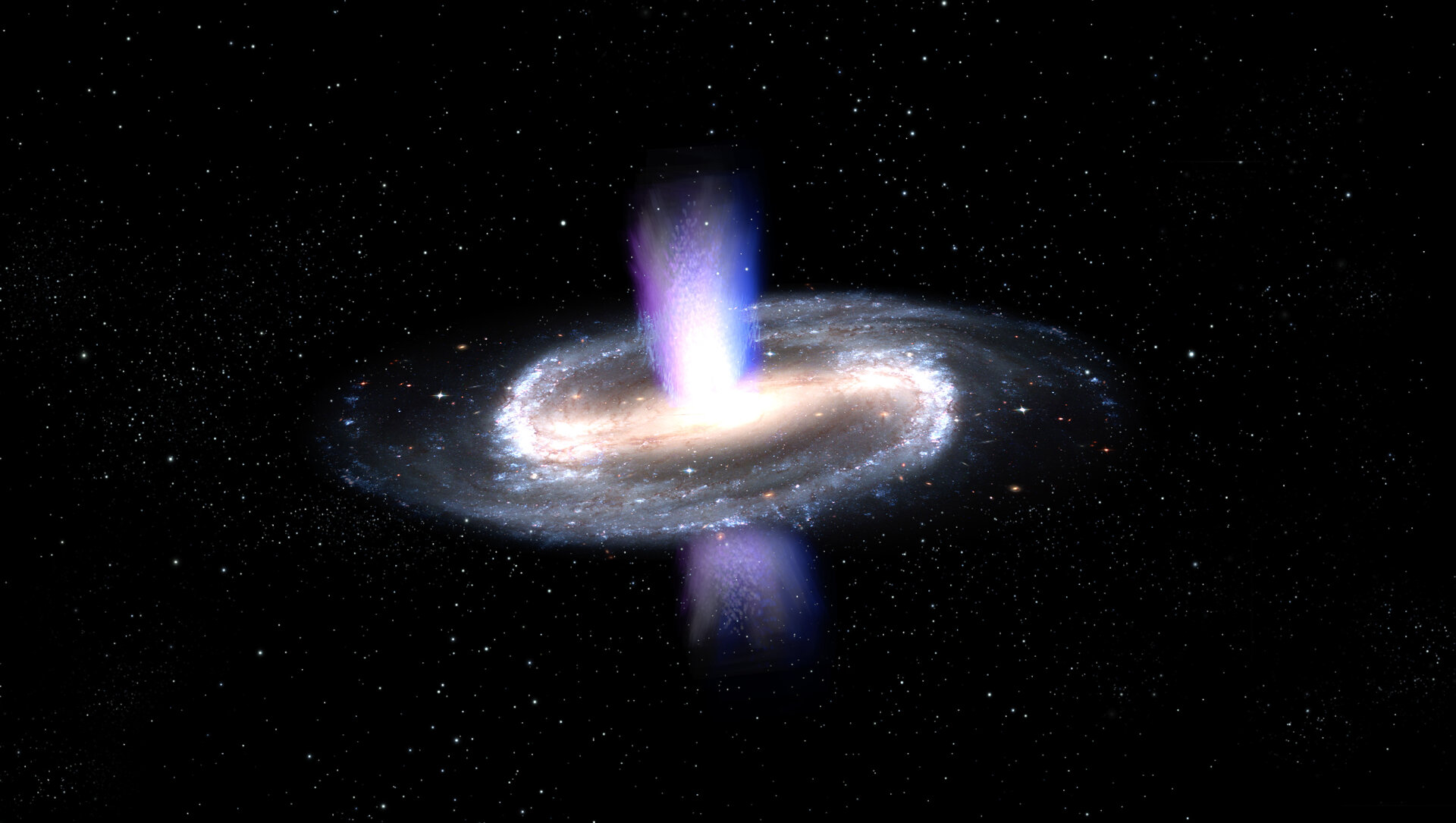 ESA’s XMM-Newton has found a wind of high-speed gas streaming from the centre of a bright spiral galaxy like our own that may be reducing its ability to produce new stars.

It is not unusual to find hot winds blowing from the swirling discs of material around supermassive black holes at the centre of active galaxies.

If powerful enough, these winds can influence their surroundings in various ways. Their primary effect is to sweep away reservoirs of gas that might otherwise have formed stars, but it is also possible that they might trigger the collapse of some clouds to form stars.

Such processes are thought to play a fundamental role in galaxies and black holes throughout the Universe’s 13.8 billion years.

But they were thought to affect only the largest objects, such as massive elliptical galaxies formed through the dramatic collision and merging of two or more galaxies, which sometimes trigger the winds powerful enough to influence star formation.

Now, for the first time, these winds have been seen in a more normal kind of active galaxy known as a Seyfert, which does not appear to have undergone any merging.

When observed in visible light, almost all Seyfert galaxies have a spiral shape similar to our own Milky Way. However, unlike the Milky Way, Seyferts have bright cores that shine across the entire electromagnetic spectrum, a sign that the supermassive black holes at their centres are not idle but are devouring their surroundings.

The supermassive black hole at the heart of this particular Seyfert, known as IRAS17020+4544 and located 800 million light-years from Earth, has a mass of nearly six million Suns, drawing in nearby gas and making it shine moderately.

An important finding is that the wind from the centre is sufficiently energetic to heat the gas in the galaxy and suppress star formation – the first time it has been seen in a relatively normal spiral galaxy.

The galaxy has another surprise: the X-ray emission from the fast winds from galactic cores are usually dominated by iron atoms with many of their electrons stripped off, but this galaxy’s winds turn out to be rather unusual, exhibiting lighter elements like oxygen, with no iron detected.

“I was actually very surprised to discover that this wind is made mostly of oxygen because nobody has seen a galaxy like this before,” says Anna Lia.

Because the galaxy is broadly similar to our own, it raises questions about the history of the Milky Way and the role that our own central black hole may have played.

“We know, also thanks to recent results obtained by XMM-Newton, that the four-million-solar-mass black hole in our own galaxy has undergone phases of much stronger activities, even only a few hundred years ago,” says co-author Matteo Guainazzi, ESA astronomer currently at the Institute of Space and Astronautical Science of the Japan Aerospace Exploration Agency.

“Of course we cannot be sure, but our discovery implies that fast outflows like those found in IRAS17020+4544 may have once swept through our own Galaxy during one of these active phases.

“This possibility was not considered before, because this ‘feedback’ from X-ray winds was previously observed only in galaxies very different from the Milky Way.”

“XMM-Newton continues to make discoveries with the potential to question our understanding of how the stars in a galaxy and the supermassive black hole at its centre co-evolve throughout the history of the Universe,” says Norbert Schartel, ESA’s XMM-Newton project scientist.

“X-ray high-resolution spectroscopy reveals feedback in a Seyfert Galaxy from an ultra fast wind with complex ionization and velocity structure,” by A.L Longinotti et al is published in The Astrophysical Journal Letters.

The findings are based on measurements by XMM-Newton’s Reflection Grating Spectrometer and the European Photon Imaging Camera in 2004 and 2014.