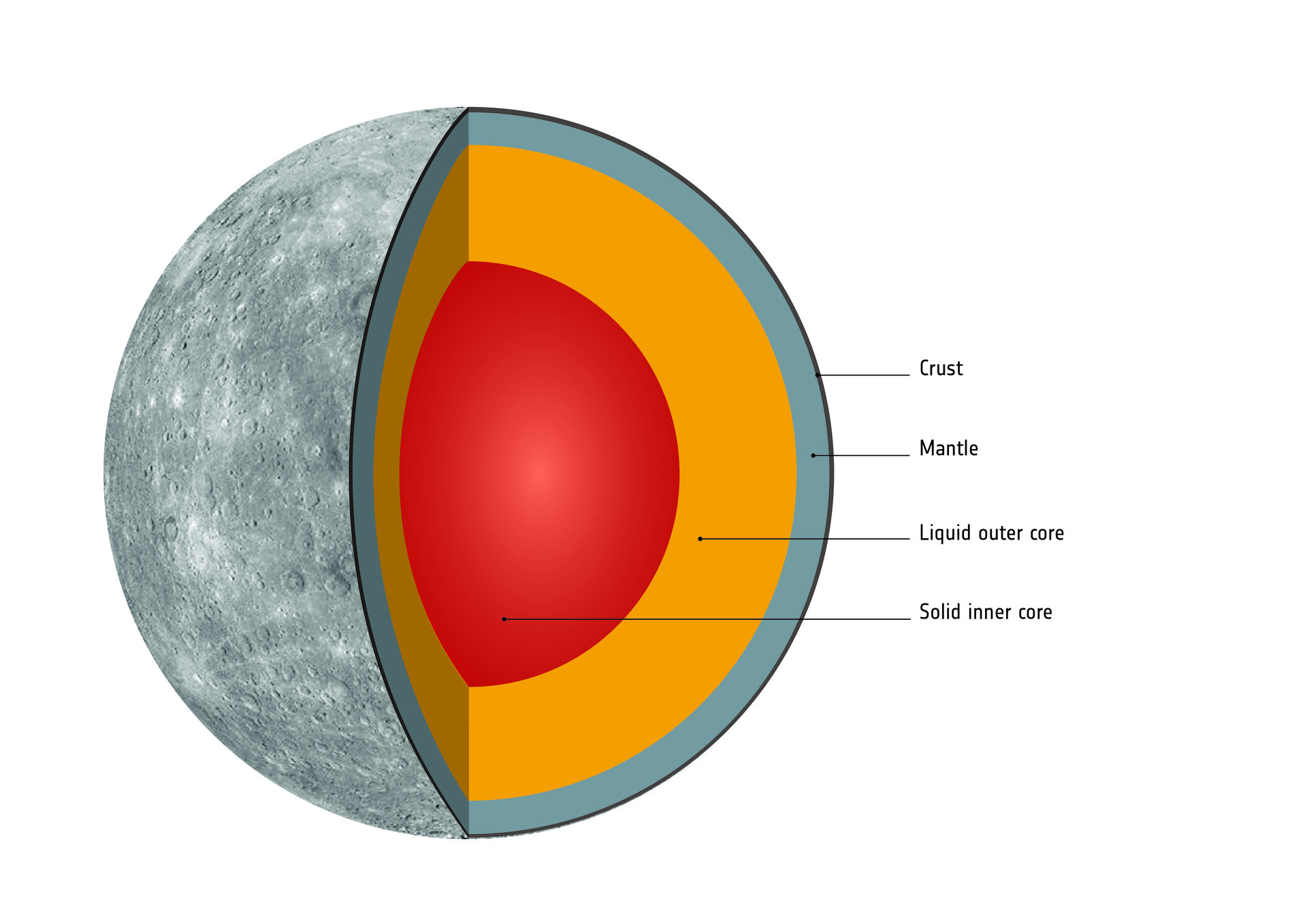 Among the four inner Solar System planets, Mercury is the smallest and very dense, its vast iron core dominating its internal structure.

As the closest planet to the Sun it experiences extreme temperature variations at its surface, from about +430ºC, down to –180ºC. It has permanently shadowed regions at its poles that never see sunlight and thus enables ice to exist on its floor. Mercury’s ancient, cratered surface shows signs of past volcanic and tectonic activity, and is heavily weathered by the harsh space environment.

Day: 58 Earth days to turn once on its axis (Mercury rotation period); 176 days for the Sun to return to the same spot in the sky, as seen from a fixed point on the surface (Mercury solar day)

Obliquity to orbit (axial tilt): 0.01° (i.e. the equator of Mercury nearly coincides with the orbital plane of the planet).

All in a spin

Mercury is unique in the Solar System in that it rotates three times about its spin axis for every two orbits around the Sun. This means that any given point on Mercury experiences one solar day every two years. In addition, the planet’s axis has the smallest tilt of any in the Solar System at just 0.01º, but its orbit has the largest eccentricity: at its furthest point from the Sun it is 1.5 times further away than when it is at its nearest. These characteristics combined give rise to some curious effects.

The small axial tilt means there are no Earth-like seasons; rather, there are thermal seasons dictated by the distance of the planet from the Sun. In the polar regions the Sun never rises above some crater bottoms, meaning they are in permanent darkness. At the other end of the scale there are two regions on Mercury’s equator, 180 degrees apart, which always have the Sun directly overhead when the planet is closest to the Sun. For an observer located at these points the Sun would appear to be almost stationary overhead for two to three weeks, because the planet’s orbital velocity equals that of its rotational velocity for that period.

At certain points on Mercury’s surface an observer would be able to see the Sun rise about halfway, then set slightly, and then rise again before setting again, all in one Mercury day.