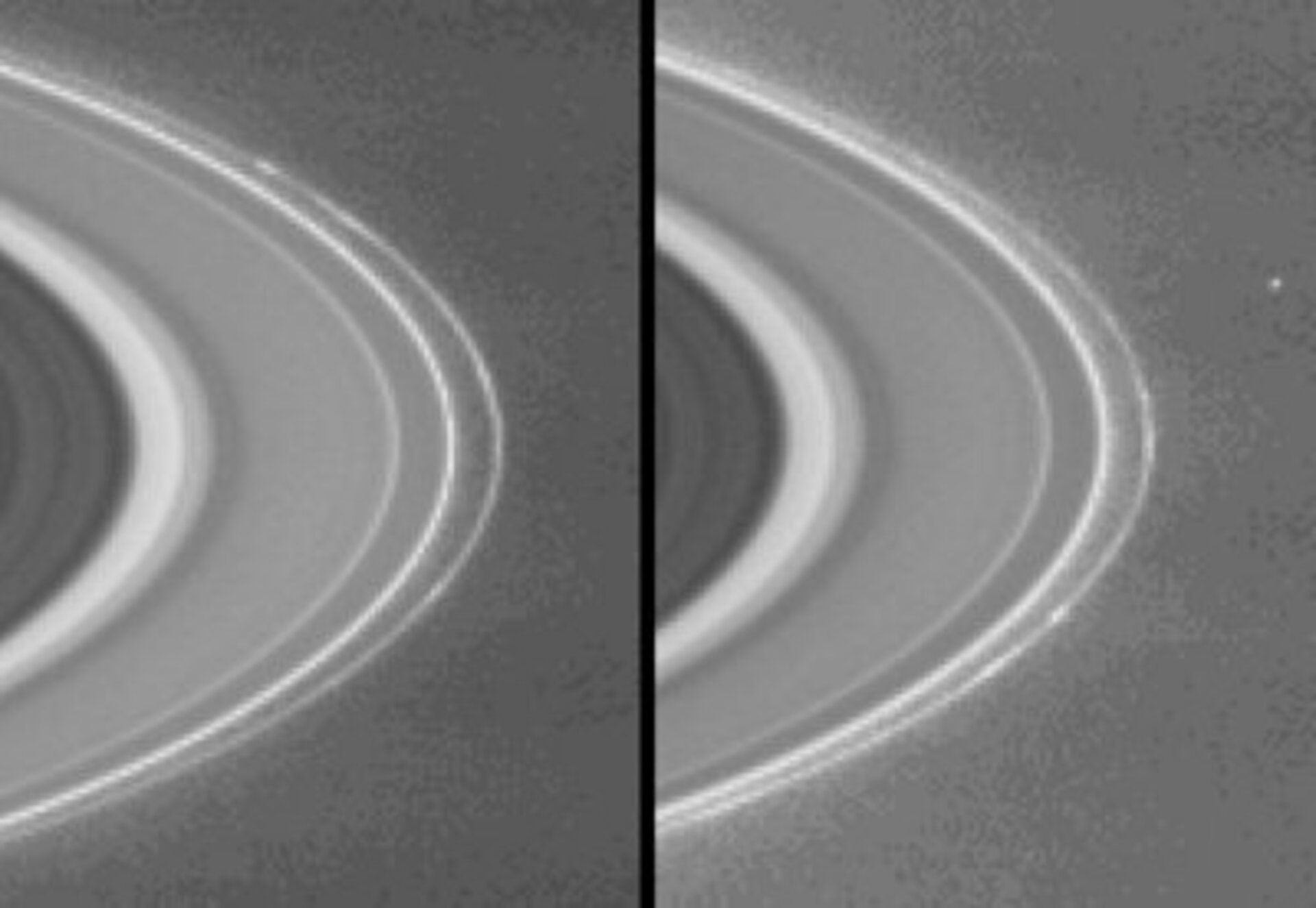 Scientists have only a rough idea of the lifetime of clumps in Saturn's rings - a mystery that Cassini-Huygens may help answer.

These images taken by the NASA/ESA/ASI Cassini-Huygens spacecraft show clumps which seem to be embedded within Saturn’s narrow, outermost F ring.

The narrow angle camera took the images on 23 February 2004, from a distance of 62.9 million kilometres. The two images taken nearly two hours apart show these clumps as they revolve about the planet. The small dot at centre right in the second image is one of Saturn's smaller moons, Janus, which is 181 kilometres across.

Like all particles in Saturn's ring system, these clump features orbit the planet in the same direction in which the planet rotates. This direction is clockwise as seen from this vantage point below the ring plane.

The core of the F ring is about 50 kilometres wide and, from this distance, is not fully visible. The resolution is 377 kilometres per pixel.

NASA’s two Voyager spacecraft flew past Saturn in 1980-81 and were the first to see these clumps. The Voyager data suggest that the clumps change very little and can be tracked as they orbit for 30 days or more. Scientists are not certain of the cause of these features.