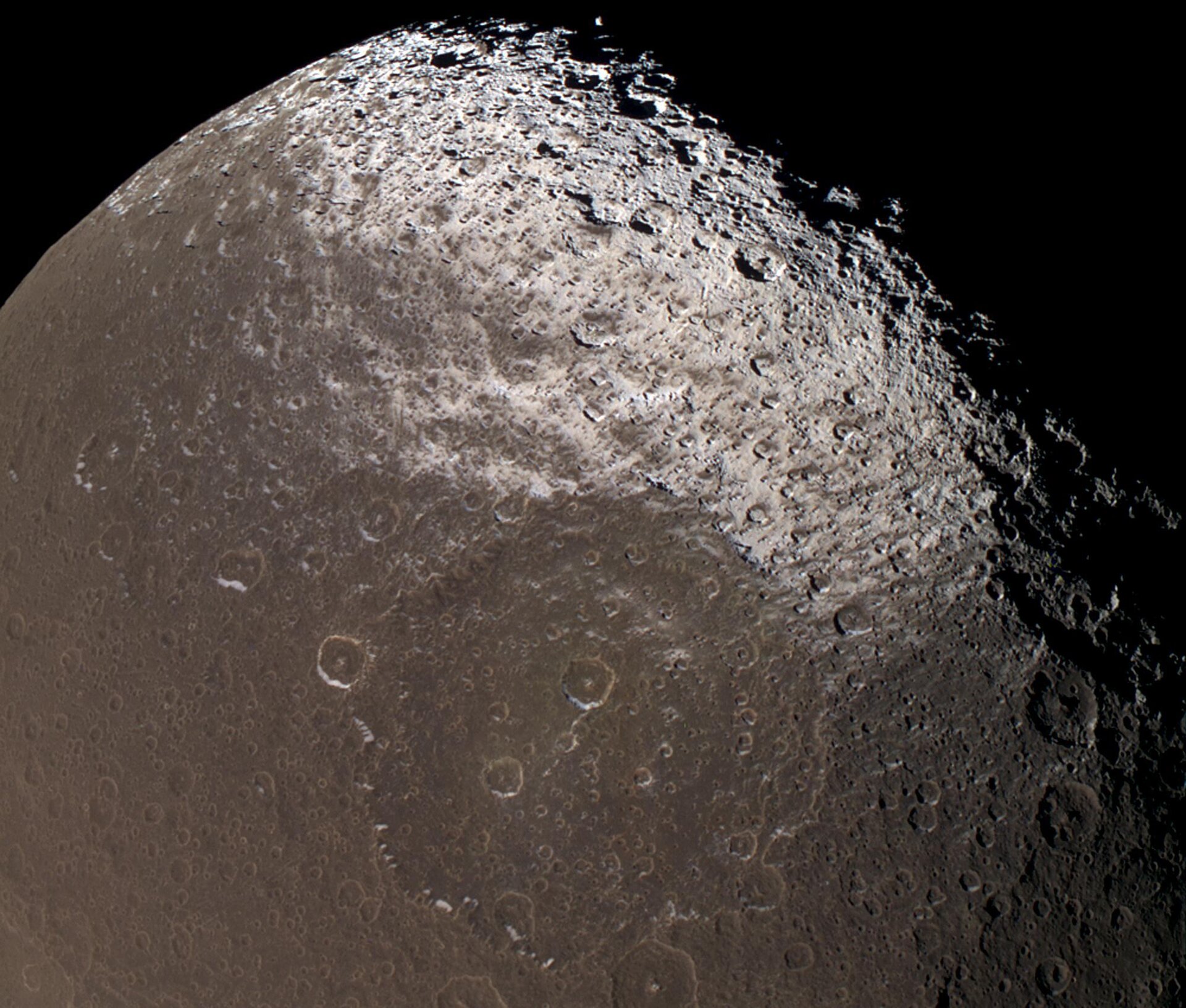 This near-true colour view from NASA/ESA/ASI Cassini reveals the colourful and intriguing surface of Saturn's moon Iapetus in unrivaled clarity.

Images were taken with different spectral filters by the Cassini narrow-angle camera on 31 December 2004 and merged to form this composite.

The use of colour on Iapetus is particularly helpful for discriminating between shadows (which appear black) and the intrinsically dark terrain (which appears brownish).

This image shows the northern part of the dark Cassini Regio and the transition zone to a brighter surface at high northern latitudes. Within the transition zone, the surface is stained by roughly north-south trending wispy streaks of dark material.

The absence of an atmosphere on Iapetus means that the material was deposited by some means other than precipitation, such as ballistic placement from impacts occurring elsewhere on Iapetus, or was captured from elsewhere in the Saturn system. Iapetus's north pole is not visible here, nor is any part of the bright trailing hemisphere.