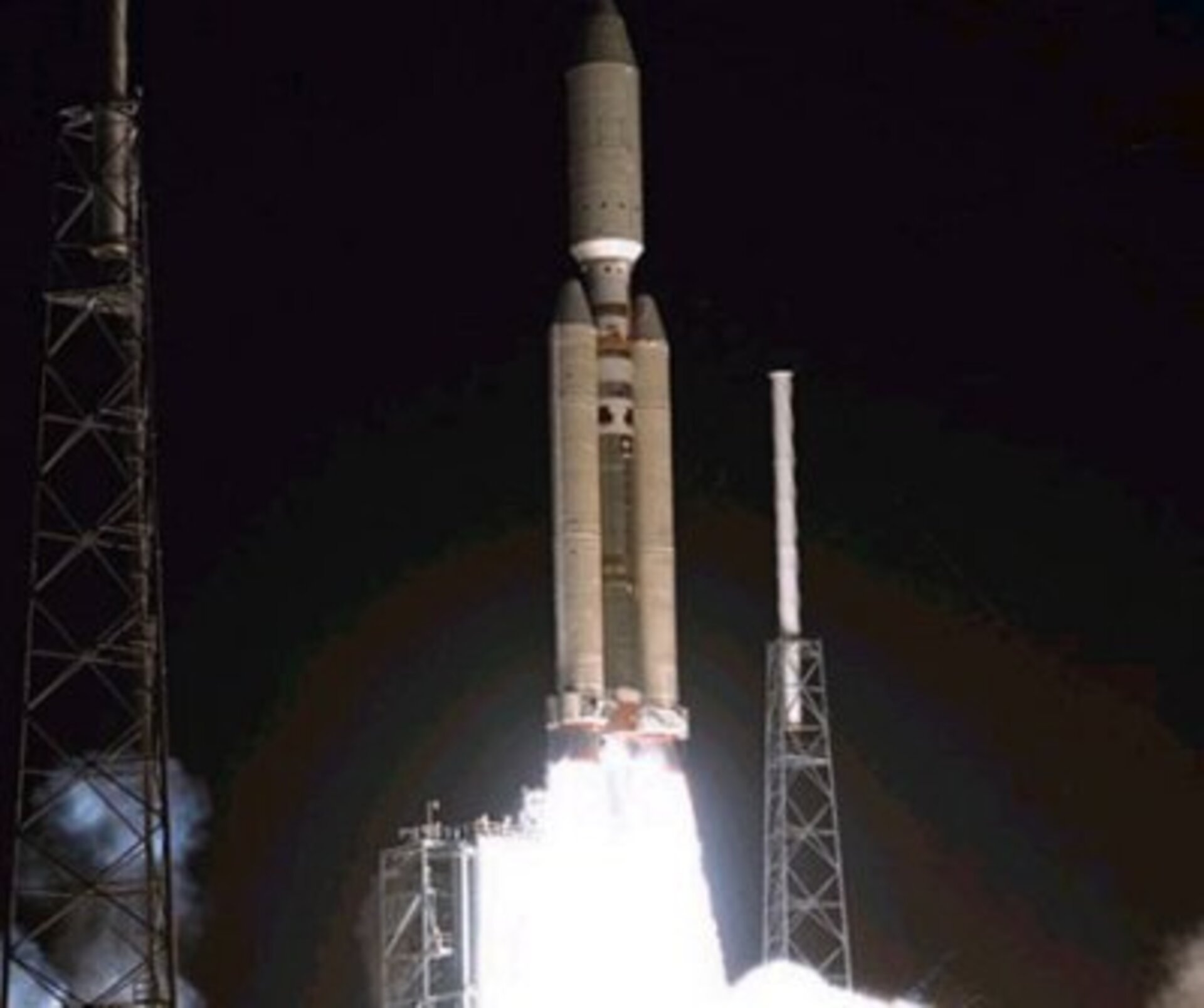 The Cassini-Huygens spacecraft was launched from Launch Complex 40 at Cape Canaveral in Florida on a Titan IV-B/Centaur launch vehicle on 15 October 1997.

As tall as a 22-story building, the Titan/Centaur rocket lifted off perfectly on schedule, at 4:43 a.m. EDT, with the 5650-kilogram Cassini-Huygens spacecraft on board.

Two minutes and 23 seconds later, the launch sequence continued with the separation from the Titan IV/B launch vehicle. By then, the spacecraft was already at an altitude of 91 440 metres and traveling at 7046 kilometres per hour.

The Centaur upper stage separated successfully at 42 minutes and 40 seconds into the flight. Flying on its own for the first time, 10 minutes later the Cassini-Huygens spacecraft successfully opened its communications link with NASA's Deep Space Network tracking complex near Canberra, Australia.

The whole vehicle stands at 55.8 metres high and has a total launch weight of (vehicle and payload) of 1 038 000 kilograms. (The Centaur upper stage measures 4.3 metres wide, 8.8 metres tall, and with propellant weight 24 000 kilograms.)