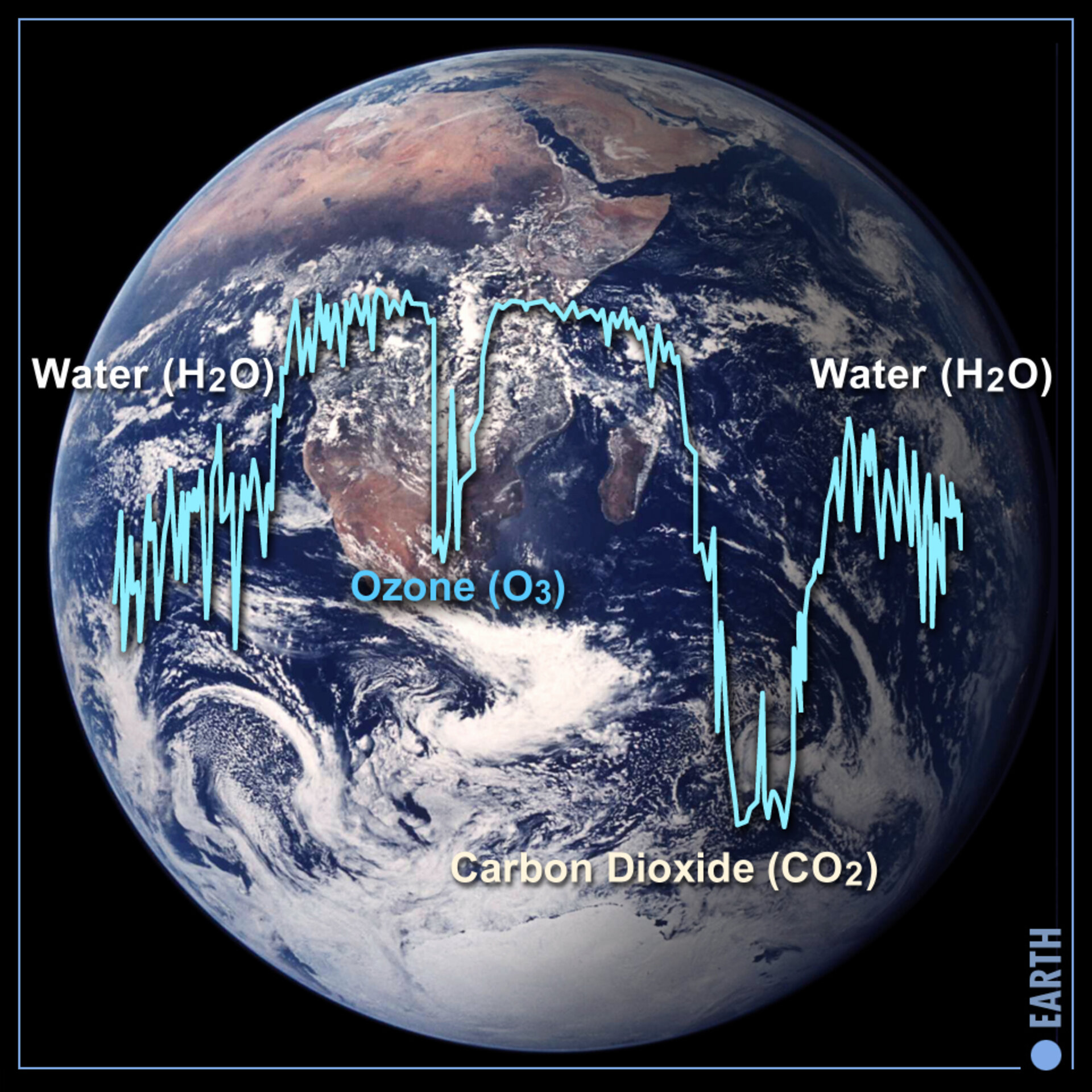 Detecting Earth-sized planets is hard enough, but how does an astrobiologist decide which of them are 'inhabited'?

Scientists are now working to understand what signals life might give off into space, so that when they do detect Earth-like planets they know what to look for.

Our radio and television broadcasts have been leaking into space since the 1930s, when the first powerful emitters were constructed. However, you can do things the other way around as well. The Search for Extraterrestrial Intelligence (SETI) has used radio telescopes to listen to the cosmos for similar signals.

Nowadays, astrobiologists are pinpointing more subtle signs that all life, not just intelligent life, might radiate into space. They call these tell-tale signatures 'biomarkers'. When ESA's Darwin mission begins sending back data in the next decade, biomarkers will help indicate whether neighbouring planets are inhabited.

If we only used radio waves as markers of life, this would exclude all forms of life that have not yet developed the means to emit radio waves. Life has been around for thousands of millions of years, but human beings have used radio waves for less than a century.

Malcolm Fridlund, Project Scientist for ESA's Darwin mission says, "If other planets follow the Earth's pattern, it is much more likely that they will be inhabited by dinosaurs or even bacteria than by something that can count."

In the 1970s, the British scientist James Lovelock pointed out that, just by breathing, life affects the composition of the Earth's atmosphere. He suggested looking for similar effects as a way to search with telescopes for life on other planets. You can study the composition of an atmosphere by splitting a planet's light into a rainbow of colours. This 'spectrum' will contain dark lines made by various chemicals in the planet's atmosphere.

Darwin's strategy is to look for oxygen, because oxygen is used by some life forms and produced as waste by others. Scientists believe that without life, all free oxygen in a planet's atmosphere would disappear within just four million years, because it reacts so easily with other chemicals. "The best estimates suggest that Darwin will be able to detect the build-up of oxygen caused within a few hundred million years of life's origin," says Fridlund.

Although Darwin will not detect oxygen directly, it will 'see' ozone, a form of oxygen. It will also see carbon dioxide, water, and, in certain cases, methane. Fridlund says, "The general consensus is that if we find ozone, liquid water, and carbon dioxide simultaneously, it will be a very strong indicator of life's presence."

The work will not stop once Darwin completes its survey of the nearest several thousand star-planet systems. Once it finds a living planet, the race will be on to understand the nature of its life forms. That means searching for more specific biomarkers. In future space missions, for example, scientists may use chlorophyll as a biomarker. This molecule allows plants and certain bacteria to use light as an energy source. "Finding the next generation of biomarkers is a very active field of research at the moment," says Fridlund.

He can see a future in which space telescopes look for intelligent civilisations by searching for industrial pollution in a planet's atmosphere. This may sound like science fiction but for now, oxygen, carbon dioxide and water will be good enough as indicators of life.