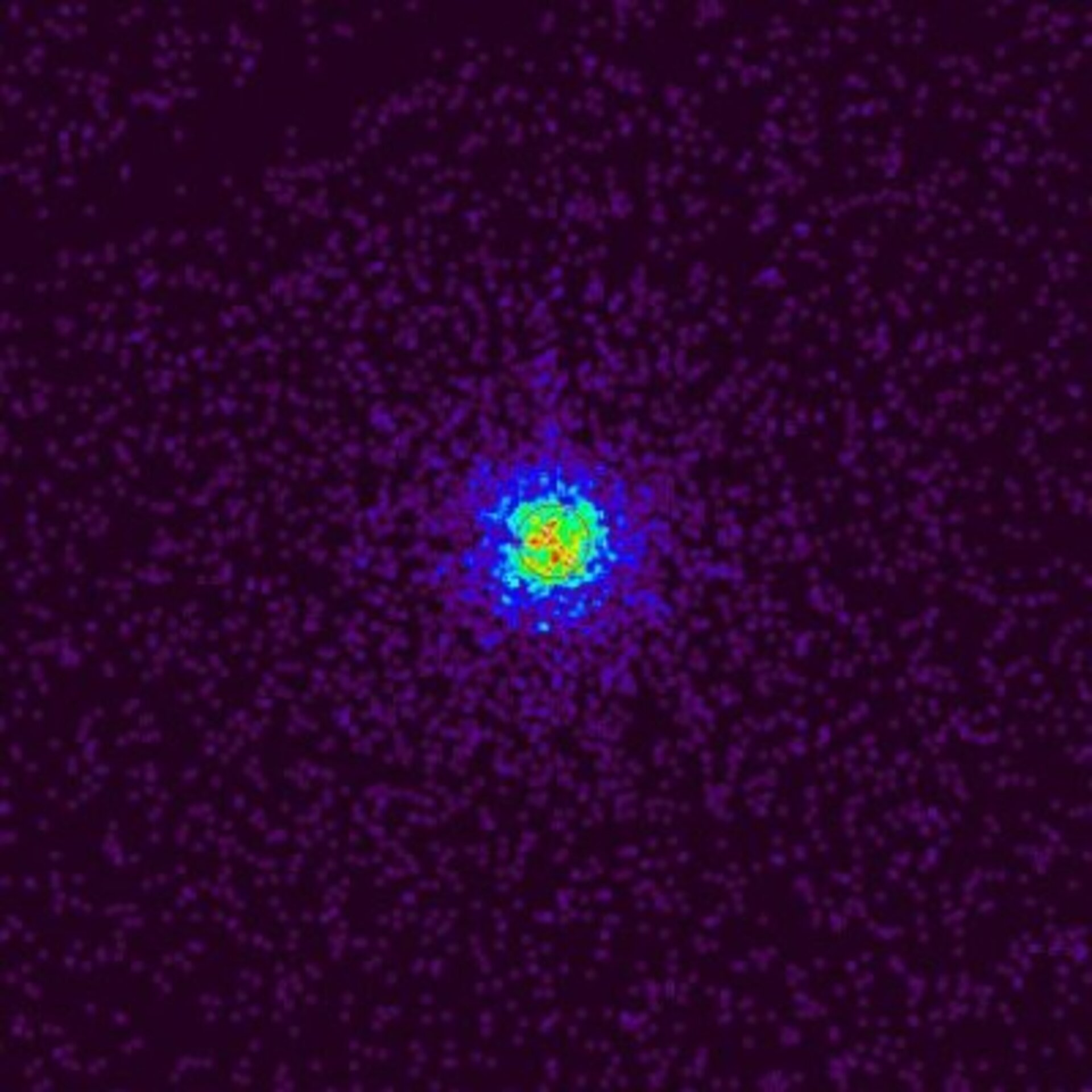 Another ESA mission is turning its gaze towards Mars. This recent image was taken by the X-ray observatory XMM-Newton.

All bodies in our Solar System, including planets such as Earth and Mars, emit X-ray radiation. As far as we know, there are several possible sources of this radiation.

One of the main sources is thought to be ‘fluorescence emission’. X-rays from the Sun hit atoms of elements such as oxygen in the atmosphere of the planet, and this radiation is re-emitted as so-called ‘characteristic’ radiation which identifies those specific elements.

This image from XMM-Newton, recorded as part of a study by Dr K. Dennerl (Max Planck Institute for Extraterrestrial Physics, Garching, Germany) shows X-ray fluorescence emission from the atmosphere of Mars, mainly from oxygen. All of these emissions tell us something about the interaction of radiation with the planet's atmosphere and its environment.

The study of Mars in X-ray wavelengths brings together the work of two very important ESA missions XMM-Newton and Mars Express. Both are crucial to our understanding of our nearest planetary neighbour, demonstrating the coherence of the ESA Science programme.