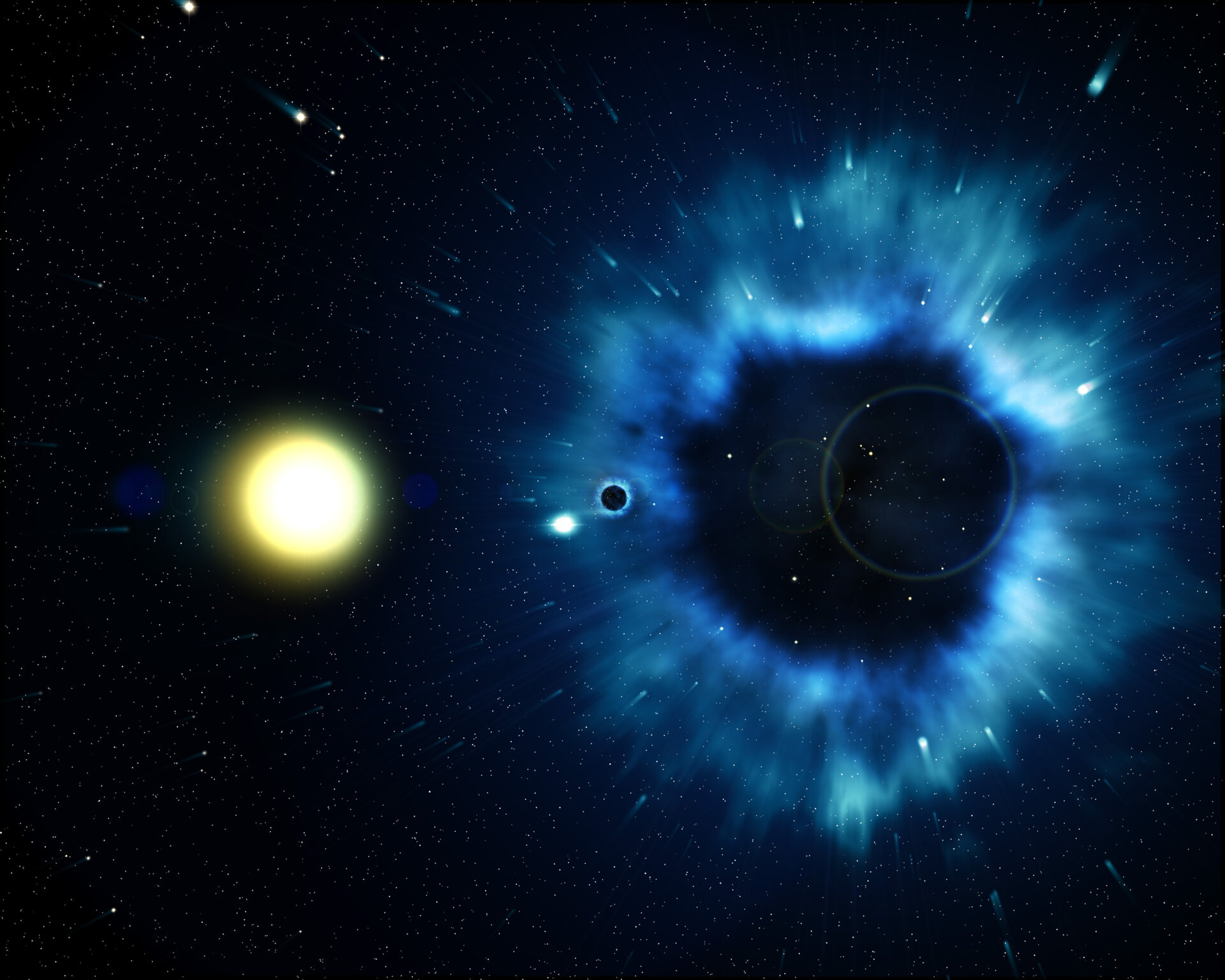 A nearby black hole, hurtling like a cannonball through the plane of our Milky Way, has provided possibly the best evidence yet that stellar-mass black holes are made in supernova explosions.

This black hole is streaking through space at a rate of 400 000 kilometres per hour - four times faster than the average velocity of the stars in the galactic neighbourhood. What has made it move so fast? The most likely 'cannon' is the explosive kick of a supernova, one of the Universe's most titanic events.

When massive stars end their lives, they explode violently as supernovae. They leave either a neutron star or a black hole as a remnant, depending on how massive the star initially is. Scientists have found indirect evidence for the existence of about a dozen black holes. However, direct evidence linking supernovae and their black-hole remnants has been missing, until now.

Black holes, by definition, swallow light so they are 'invisible'. However, you can spot them indirectly. In this case, the runaway black hole has a companion star, which the NASA/ESA Hubble Space Telescope could track. Hubble's high resolution has allowed astronomers to measure the motion of this black-hole system across the sky using images taken in 1996 and 2001. Scientists combined Hubble data with those obtained from ground-based telescopes and got surprising results. The black hole is streaking across the plane of our Milky Way at a velocity of four times that of stars around it!

"This is the first black hole found to be moving fast through the plane of our galaxy," says Felix Mirabel of the French Atomic Energy Commission and the Institute for Astronomy and Space Physics of Argentina. Mirabel and the second author of the discovery, R. Mignani, conclude: "it must have been shot out of a supernova by the force of the explosion."

These measurements of the motion of a black hole are the most precise performed so far with Hubble. Only Hubble's acute eyesight made the observations possible. ESA's gamma-ray satellite, Integral, is also expected to generate surprising results about black holes. Integral was successfully launched on 17 October 2002. "Thanks to Integral, we're expecting to find many more black holes. We'll track their paths in the Milky Way and gain insight into their birthplace and how they formed," says Mirabel.