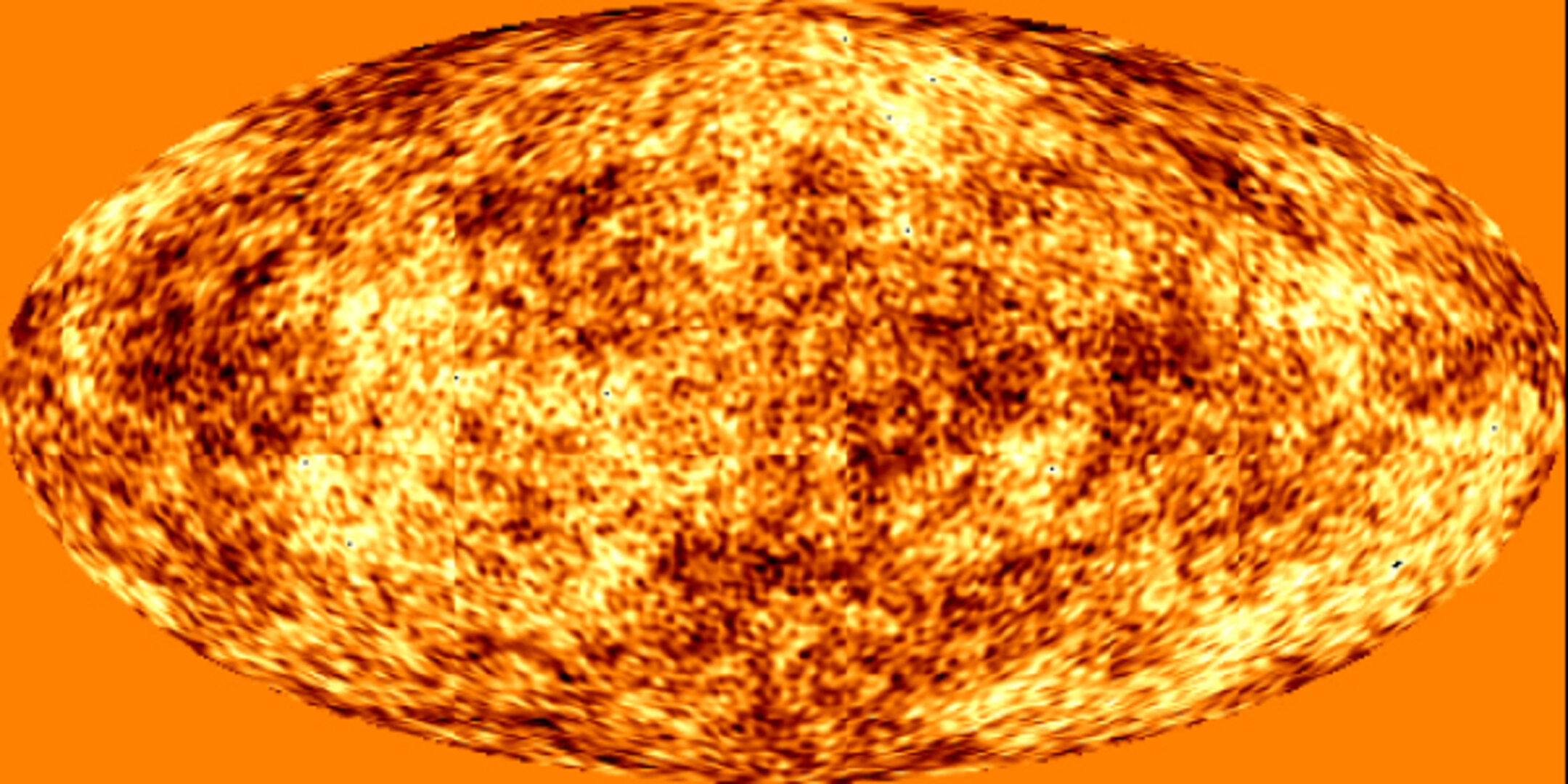 The Cosmic Microwave Background (CMB) is the cooled remnant of the first light that could ever travel freely throughout the Universe.

This 'fossil' radiation, the furthest that any telescope can see, was released soon after the 'Big Bang'.

Scientists consider it as an echo or 'shockwave' of the Big Bang. Over time, this primeval light has cooled and weakened considerably; nowadays we detect it in the microwave domain.

ESA's Planck mission will detect this first light, which is also the 'oldest' radiation detectable and carries information about our past and future. By observing it, Planck will be seeing the Universe as it was almost at its origin.

Evidence for the Big Bang

The CMB radiation was discovered by chance in 1965. Penzias and Wilson, two radio astronomers in the United States, registered a signal in their radio telescope that could not be attributed to any precise source in the sky.

It apparently came from everywhere with the same intensity, day or night, summer or winter. They concluded that the signal had to come from outside our Galaxy. It came almost from the origin of the Universe.

Scientists considered their discovery as solid evidence for the 'Big Bang' theory. This theory predicted that the 'shockwave' of that primeval explosion would be still detectable as a subtle 'wallpaper' coming from everywhere behind all galaxies, quasars and galaxy clusters.

Today, the Big Bang model is still the only model that is able to convincingly explain the existence of the CMB. According to this model, the Universe started with a very dense and hot phase that expanded and cooled itself; for several hundreds of thousands of years the temperature was so high that neutral atoms could not form.

Matter consisted mostly of neutrons and charged particles (protons and electrons). Electrons interacted closely with the light particles, and therefore light and matter were tightly coupled at that time (that is, light could not travel for a long distance in a straight line). Light could therefore not propagate and the Universe was opaque.

It took about 300 000 years for the Universe to cool down to a temperature at which atoms can form (about 3000°C). Matter then became neutral, and allowed the light to travel freely: the Universe became transparent. The relic of that 'first light' is the CMB.

Since the time when that radiation was released, the Universe has expanded, becoming at the same time cooler and cooler. The cosmic background has been affected by the same process: it has expanded and cooled down. Space has 'stretched' itself, and with it all length scales.

Light is, after all, a wave, just like waves in the sea, and when you stretch a wave its characteristic length scale (as well as its ‘frequency’) changes. Today, we can detect the CMB at microwave frequencies or length scales, which are much longer than, for example, the length scales to which our eyes are can see.

For this reason, human eyes cannot see the microwaves from the CMB (or X-rays or infrared rays either). However, using specially designed detectors, such as those to be carried by Planck, we can.

The CMB is the farthest and oldest light any telescope can detect. It is impossible to see further beyond the time of its release because then the Universe was completely 'opaque'. The CMB takes astronomers as close as possible to the Big Bang, and is currently one of the most promising ways we have of understanding the birth and evolution of the Universe in which we live.