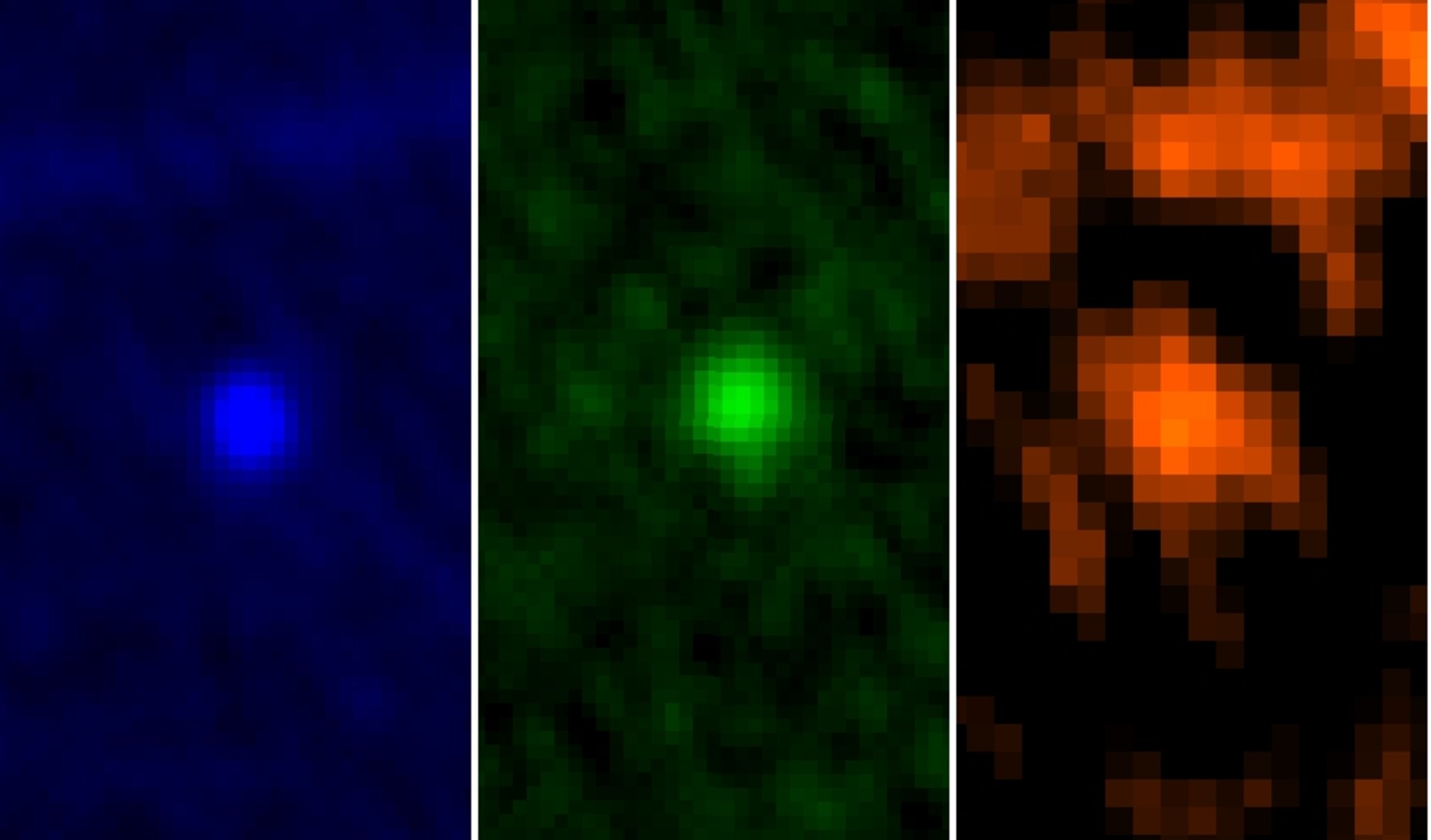 ESA’s Herschel space observatory made new observations of asteroid Apophis as it approached Earth this weekend. The data shows the asteroid to be bigger than first estimated, and less reflective.

Catalogued as asteroid (99942) Apophis (previously 2004 MN4), it is often nicknamed ‘the doomsday asteroid’ in popular media, after initial observations made after its discovery in 2004 gave it a 2.7% chance of striking Earth in April 2029.

With additional data, however, an impact in 2029 was soon ruled out, although the asteroid will pass within 36 000 km of Earth’s surface, closer even than the orbits of geostationary satellites.

The asteroid will return to Earth’s neighbourhood again in 2036, but quite how close it will come then is uncertain, as the 2029 approach is predicted to alter its orbit substantially. Obtaining improved physical parameters for Apophis and its orbit is thus of great importance in being able to make better predictions of its future trajectory.

Herschel had a good opportunity at the weekend, observing the asteroid for about two hours on its approach to Earth, ahead of today’s closest encounter at a little less than one tenth of the distance from Earth to the Sun: about 14.5 million km. The observations were made as part of Herschel’s Guaranteed Time Programme MACH‑11.

“As well as the data being scientifically important in their own right, understanding key properties of asteroids will provide vital details for missions that might eventually visit potentially hazardous objects,” says Laurence O'Rourke, Principal Investigator of the MACH-11 observing programme, from the European Space Astronomy Centre (ESAC), near Madrid, Spain.

“Apophis is only the second near-Earth asteroid observed by Herschel, and these were the fastest tracked observations by the space telescope – the asteroid moved at a rate of 205 arcseconds per hour as seen from Herschel’s viewpoint.”

“The 20% increase in diameter, from 270 to 325 m, translates into a 75% increase in our estimates of the asteroid’s volume or mass,” says Thomas Müller of the Max Planck Institute for Extraterrestrial Physics in Garching, Germany, who is leading the analysis of the new data.

By analysing the heat emitted by Apophis, Herschel also provided a new estimate of the asteroid’s albedo – a measure of its reflectivity – of 0.23. This value means that 23% of the sunlight falling onto the asteroid is reflected; the rest is absorbed and heats up the asteroid. The previous albedo estimate for Apophis was 0.33.

Knowing the thermal properties of an asteroid indicates how its orbit might be altered due to subtle heating by the Sun. Known as the Yarkovsky effect, the heating and cooling cycle of a small body as it rotates and as its distance from the Sun changes can instigate long-term changes to the asteroid’s orbit.

“These numbers are first estimates based on the Herschel measurements alone, and other ongoing ground-based campaigns might produce additional pieces of information which will allow us to improve our results,” adds Müller.

“Although Apophis initially caught public interest as a possible Earth impactor, which is now considered highly improbable for the foreseeable future, it is of considerable interest in its own right, and as an example of the class of Near Earth Objects,” says Göran Pilbratt, ESA’s Herschel Project Scientist.

“Our unique Herschel measurements play a key role for the physical characterisation of Apophis, and will improve the long-term prediction of its orbit.”

The observations of asteroid Apophis were made as part of a Herschel Science Centre Guaranteed Time Programme called MACH-11. The 11 asteroids and comets observed in this programme have been or will be visited by spacecraft or are undergoing studies to that end, as is the case for Apophis.

Four observations were made with PACS, the Photodetector Array Camera & Spectrometer instrument, which contains an imaging photometer (camera) and an imaging spectrometer. The camera operates in three bands centred on 70 μm, 100 μm, and 160 μm, respectively.

Apophis is only the second near-Earth asteroid observed with Herschel, after asteroid 2005 YU55 , which was observed during its close approach to Earth in November 2011.