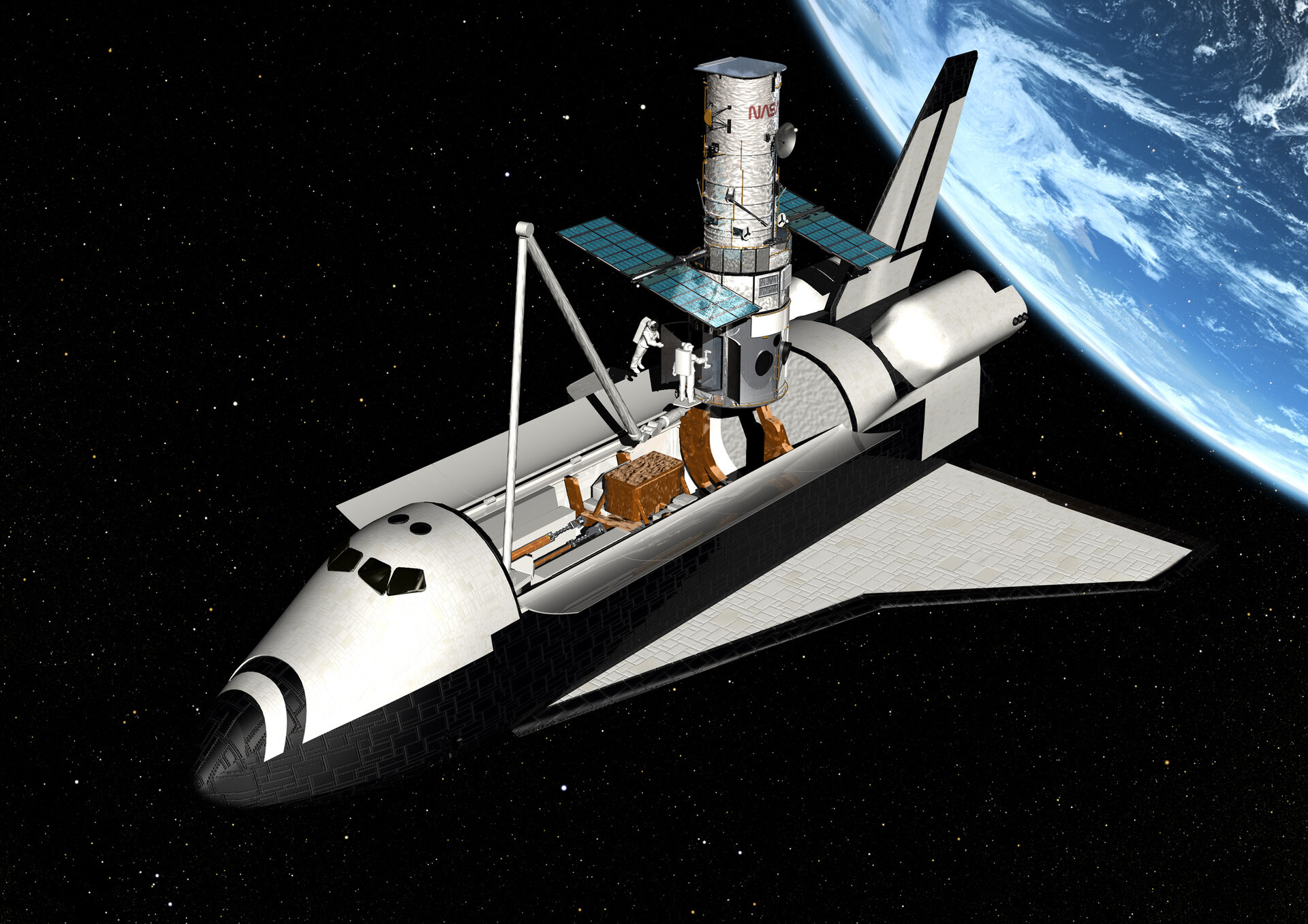 ESA PR 4-2002. After nearly 12 years of incredible scientific discoveries, the ESA/NASA Hubble Space Telescope orbiting Earth is about to have another service visit. The purpose is to upgrade Hubble's systems and to install newer and more powerful instruments that will astoundingly increase Hubble's discovery capabilities and extend the longevity of the observatory.

As a unique collaboration between the European Space Agency (ESA), and NASA, Hubble has had a phenomenal scientific impact. The unsurpassed sharp images from this space observatory have penetrated into the hidden depths of space and revealed breathtaking phenomena. But Hubble's important contributions to science have only been possible through a carefully planned strategy to service and upgrade Hubble every two or three years.

ESA, the European Space Agency has a particular role to play in this Servicing Mission. One of the most exciting events of this mission will come when the ESA-built solar panels are replaced by newer and more powerful ones. The new panels, developed in the US, are equipped with ESA developed drive mechanisms and were tested at the facilities at ESA's European Space Research and Technology Centre (ESTEC) in the Netherlands. This facility is the only place in the world where such tests can be performed.

According to Ton Linssen, HST Project Manager at ESA, who supervised all ESA involvement in the new solar panels development including the test campaign at ESTEC - "a particularly tense moment occurs when the present solar panels have to be rolled up to fit into the Shuttle's cargo bay. The hard environment of space has taken its toll on the panels and it will be a very delicate operation to roll them up. Our team will be waiting and watching with bated breath. If the panels can't be rolled up they will possibly have to be left in space."

"With this Servicing Mission Hubble is once again going to be brought back to the frontline of scientific technology", says Piero Benvenuti, Hubble Project Scientist at ESA. "New super-advanced instrumentation will revitalise the observatory. For example, Hubble's new digital camera - The new Advanced Camera for Surveys, or ACS - can take images of twice the area of the sky and with five times the sensitivity of Hubble's previous instruments, therefore increasing by ten times Hubble's discovery capability! The European astronomers look forward to use the new camera and perform new science building on the great breakthroughs they have already achieved."

ACS is going to replace the Faint Object Camera, or FOC, built by ESA. The FOC, which has functioned perfectly since the beginning, has been a key instrument to get the best out of the unprecedented imaging capability of Hubble. The FOC was a "state-of-the art" instrument in the 80s, but the field of digital imaging has progressed so much in the past 20 years that, having fulfilled its scientific goals, this ESA flagship on Hubble is chivalrously giving way to newer technology.

However, the story of FOC is not over yet: experts will still learn from it, as it will be brought back to Earth and inspected, to study the effects on the hardware of the long duration exposure in space.

Hubble is expected to continue to explore the sky during the next decade, after which its work will be taken over by its successor, the powerful ESA/NASA/CSA(*) Next Generation Space Telescope. NGST's main focus will be observations of the faint infrared light from the first stars and galaxies in the Universe.

The Hubble Space Telescope is a project of international co-operation between ESA and NASA. It was launched in 1990. The partnership agreement between ESA and NASA was signed on 7 October 1977; as a result of this agreement European astronomers have guaranteed access to more than 20% of Hubble's observing time.

Astronauts have already paid visits to Hubble in 1993, '97, '99 and now, in the spring of 2002, it is time for the fourth Servicing Mission (named Servicing Mission 3B), planned for launch on 28th February. Originally planned as one mission, the third Servicing Mission was split into two parts (Servicing Mission 3A and 3B) because of the sheer number of tasks to be carried out and the urgency with which Hubble's gyroscopes had to be replaced in late '99.

In addition to the new solar panels and the ACS camera, astronauts will install a very high-tech cooling system for Hubble's infrared camera, NICMOS. NICMOS has been dormant since 1999 when it ran out of coolant. The new cooling system is a mechanical cooler, and works like an advanced refrigerator.

Servicing Mission 3B will also include other maintenance tasks. Altogether five extensive space walks are planned.