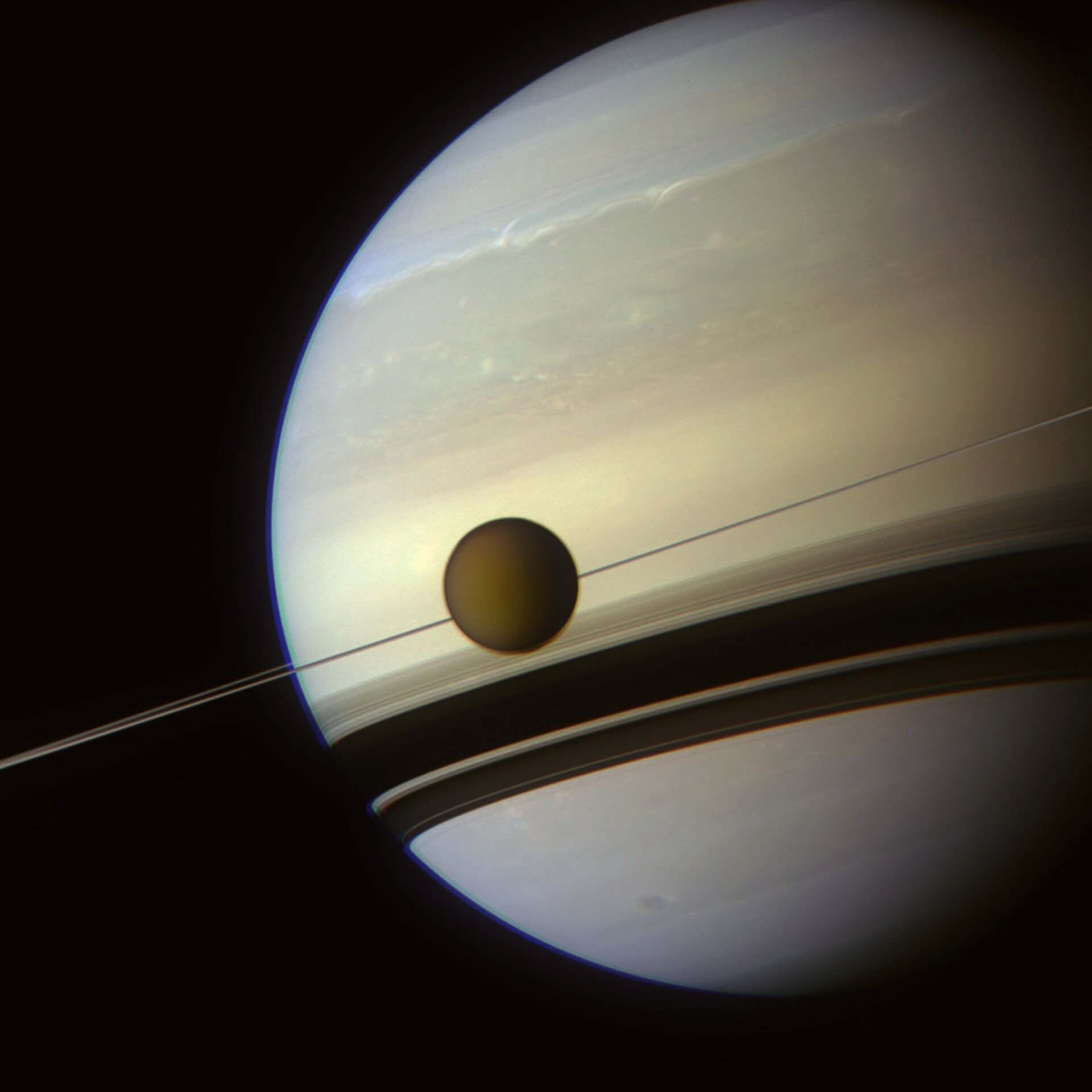 Titan appears to be strung like a bead on Saturn’s rings, which cast shadows onto the southern hemisphere of the gas giant in this beautiful image from Cassini.

Faint but exquisite detail in the gas giant’s upper atmosphere paints a tranquil scene. A thin band of bright white ammonia ice clouds is etched into the planet’s disc towards the top of the image while clouds dotted below are faded scars of a huge storm that raged across the planet through much of 2011.

As Saturn’s seasons progress towards northern hemisphere summer, the rings will appear to grow wider and wider.

Meanwhile Titan, Saturn’s largest moon, appears to hang on the planet’s rings like a bead on a necklace. The effect is a result of the line-of-sight viewing position; Titan orbits Saturn at an average distance of 1, 221, 870 km.

The moon is an enigma in itself – cloaked in a thick nitrogen-rich atmosphere, it is the only moon in the Solar System that has a dense atmosphere. Lakes of liquid hydrocarbons pool on its surface, and an active methane cycle plays a similar role to Earth’s water cycle, complete with clouds and methane rain.

Cassini has been in orbit around Saturn since 2004 and is now in its second extended mission phase, the Cassini Solstice Mission, which will continue until 2017.