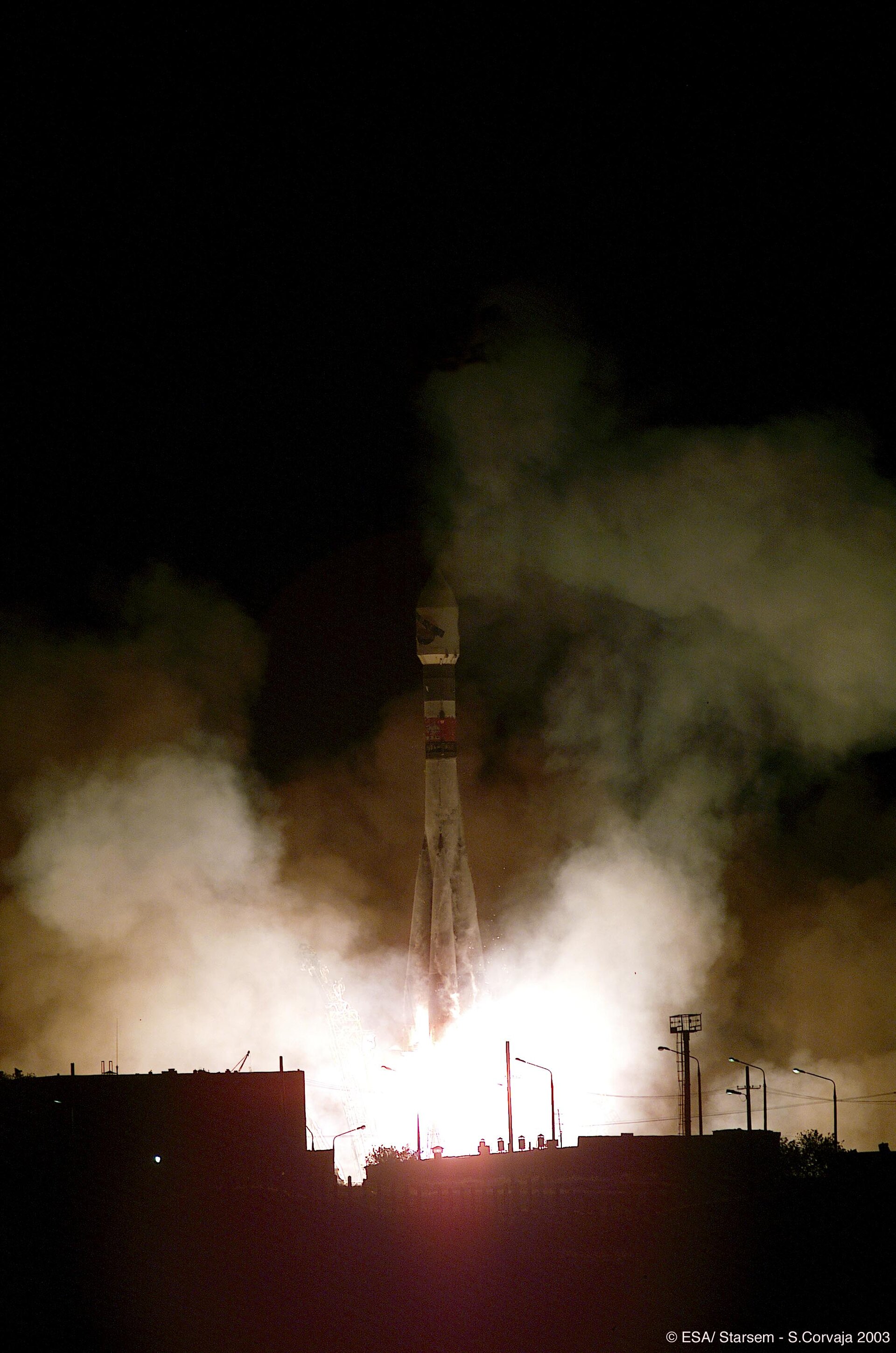 From the Greeks more than two thousand years ago to Eugene Antoniadi in the mid 1900s, Europeans have made many important observations of Mars with the naked eye and through Earth-bound telescopes. They have even contributed their fair share of speculation and fantasy about the planet in a fine tradition beginning in 1897 with the publication of The War of the Worlds by H.G. Wells in which hostile Martians invade Earth.

Europe, however, has never sent its own spacecraft to Mars – that is until now. The European Space Agency's Mars Express orbiter was launched on 2 June 2003 and it has been playing a key role in an international exploration programme since.

Research institutes throughout Europe provided the instruments on board the orbiter. Some were first developed for the ill-fated Russian spacecraft, Mars '96. Now upgraded, they provide remote sensing of the atmosphere, ground and up to 5 kilometres below the surface, to a degree of accuracy never before achieved.

The information gleaned will help answer many outstanding questions about Mars, including the fate of water that once flowed freely on the planet’s surface early in its history.

Mars Express also carried a lander, Beagle 2. It would have been the first lander since NASA's two Viking probes in the 1970s to look specifically for evidence of past or present life. Unfortunately, Beagle 2 was declared lost after it failed to make contact with orbiting spacecraft and ground-based radio telescopes.