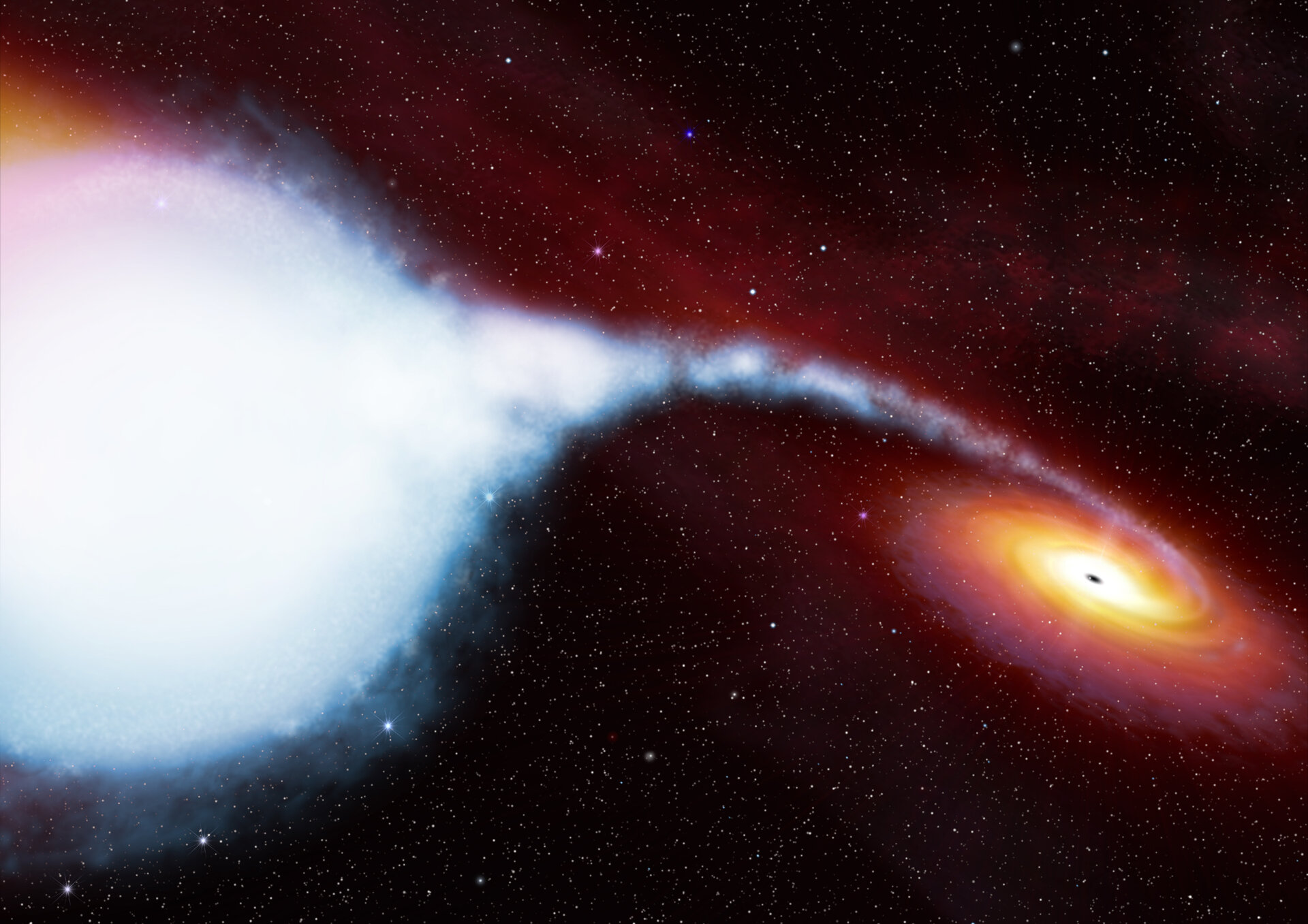 X-rays are the signatures of the high-energy Universe. Any object heated to more than a million degrees Celsius will begin to give off significant quantities of X-rays. This is around the temperature of the Sun’s outer atmosphere, known as the corona. It is therefore no surprise that X-ray astronomy began with studies of the Sun before detections of other X-ray objects elsewhere in the Universe were made.

X-rays are completely absorbed by the atmosphere of the Earth, so satellites are the only way of collecting this radiation. During the 1970s, satellites discovered hundreds of powerful X-ray sources in our galaxy.

They are more powerful that the Sun’s emission and, in many case, seem to be coming from binary stars. These are not ordinary binary systems, however. Instead, one member is a dead stellar core, known as a neutron star, which is ripping gas from the ordinary star.

As the gas spirals through the strong gravitational field of the neutron star, creating a surrounding disc, it heats up enormously and starts sending X-rays into space.

Some X-ray sources are even more intense and astronomers think that these are systems in which a black hole, with its even stronger gravitational field, is replacing the neutron star. The most famous of these black hole candidates is Cygnus X-1 – so famous, in fact, that rock songs have been written about it!

Supernova remnants are emitters of X-rays as well as ultraviolet. Beyond our galaxy, much larger black holes power the tremendous X-ray output of active galaxies. The flickering of this emission can be used to prove that the heart of an active galaxy must only be about the size of our Solar System, increasing the belief that a black hole is responsible.