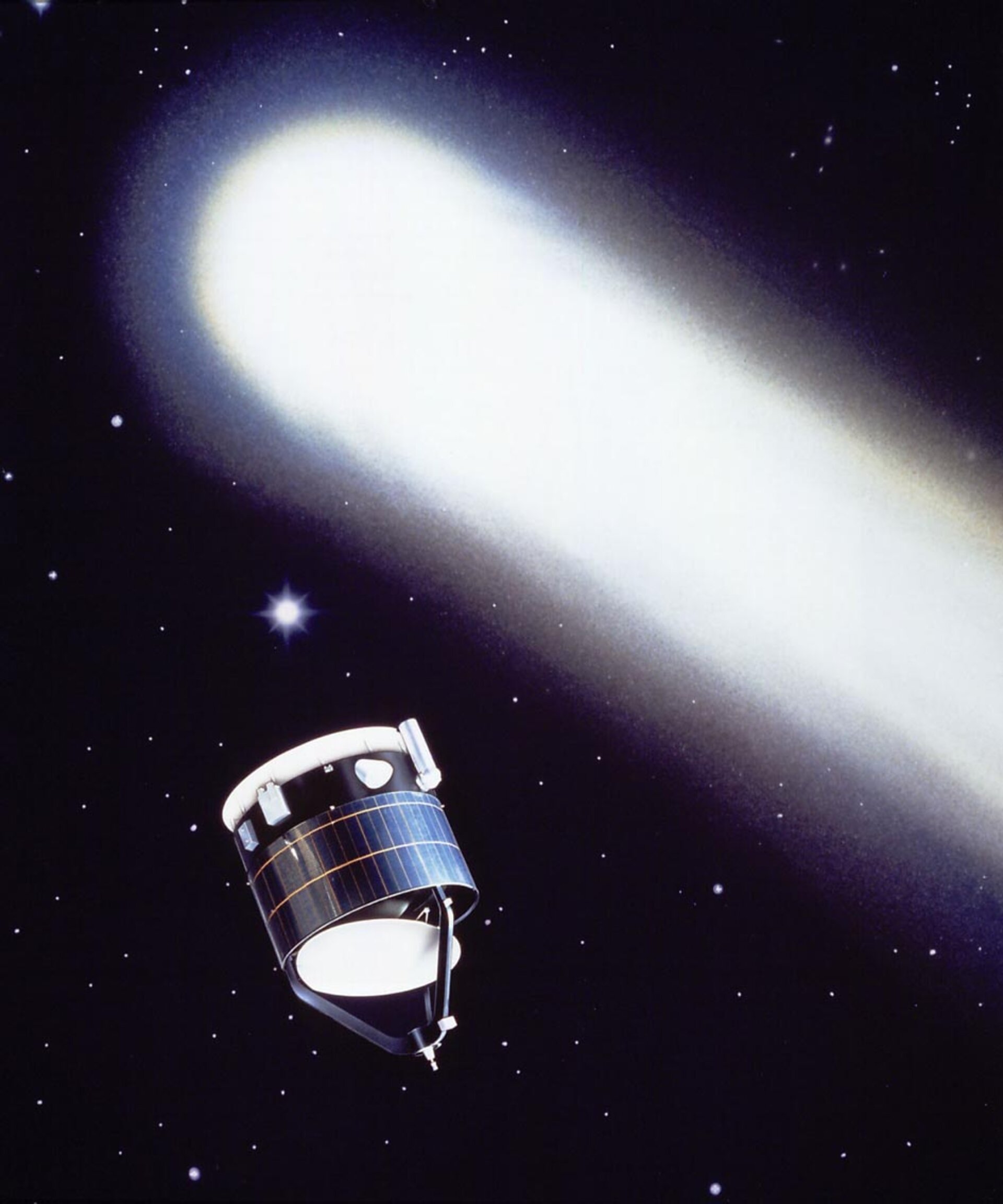 Rosetta is not ESA's first visit to a comet. Much of what we know about comets came from ESA's pioneering Giotto mission. During an unprecedented visit to two comets, Giotto provided tantalising glimpses of a comet's dust-shrouded core.

On the night of 13-14 March 1986, eight months after launch, the cylindrical spacecraft swept past Comet Halley, obtaining the first close-up images ever obtained of a comet nucleus. The image sequence taken by the Halley Multicolour Camera (HMC) revealed a black, potato-shaped object, partially illuminated on the warmer, sunlit side by bright jets spewing gas and dust into space.

Despite being partially disabled by bullet-like dust impacts, this triumph was followed six years later by a successful flyby of Comet Grigg-Skjellerup, on 10 July 1992. Skimming by just 200 km from the nucleus, it was, at the time, the closest comet fly-by ever achieved by any spacecraft.