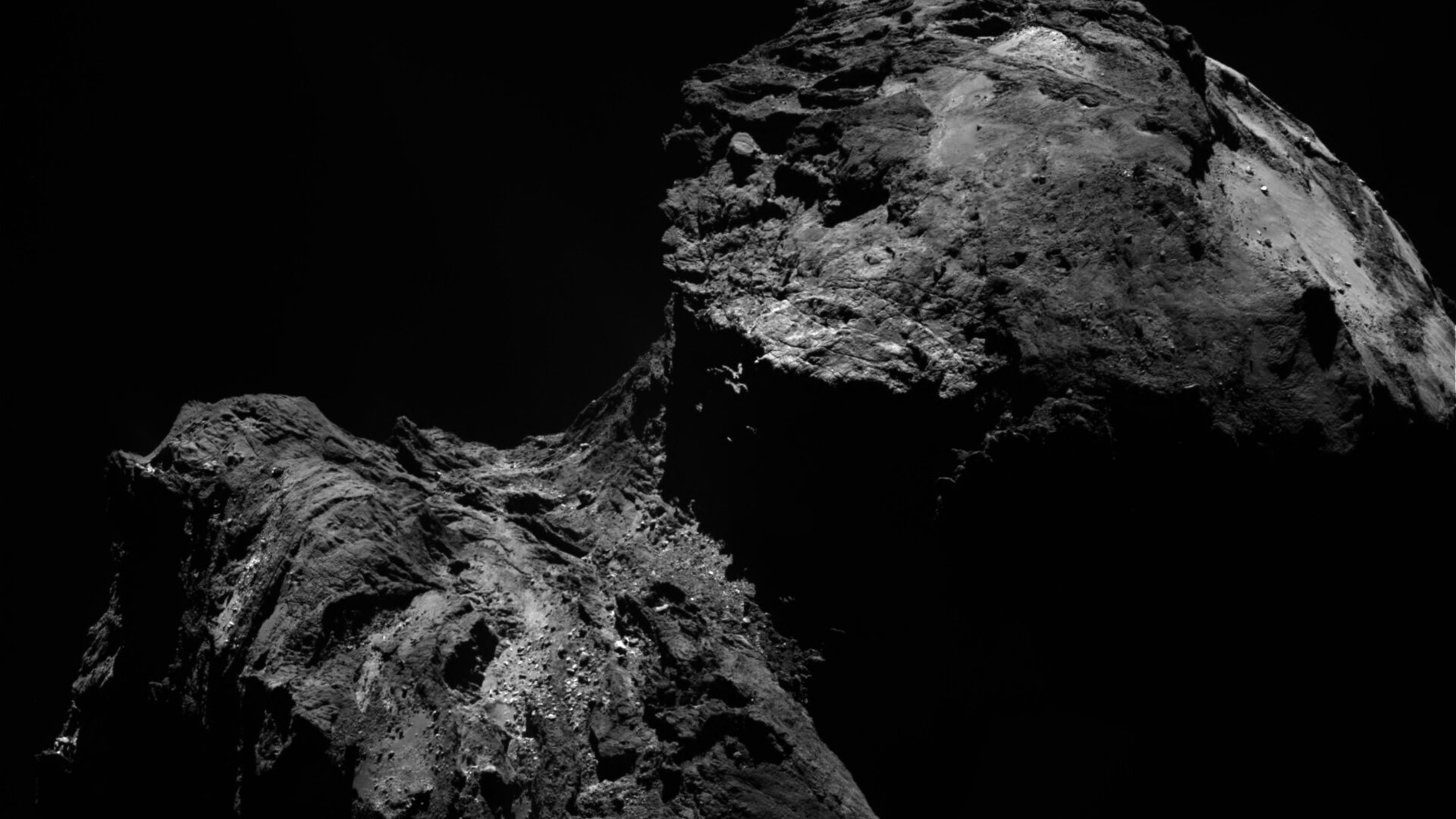 The high-resolution images, taken either with the narrow- or wide-angle scientific imaging camera, will show the comet as recently as the day before.

The cadence of the images released will depend on the scientific operations of the spacecraft and in particular on the as-run OSIRIS observations on any given day, along with the availability of images downloaded from the spacecraft.

A minimum of an image per week should be expected, up to an image a day if they are taken daily.

“Following perihelion and a far excursion, we are now back at closer distances – about 100 km – to the comet, providing a view similar to that when we first arrived on 6 August 2014,” says Holger Sierks, principal investigator for the camera at the Max Planck Institute for Solar System Research in Göttingen, Germany.

“We’d like to share this view with the community and the general public, in near-real time, as we re-approach and eventually descend to the surface of the comet.”

The images will be released by a robotic system in JPG format, raw or calibrated as available, following a brief pre-selection by OSIRIS scientists. Basic ‘metadata’ stating the date, time, distance to the comet and the Sun, and the resolution of the image will be included with each.

There will not be a detailed scientific description of the images because the goal is to provide up-to-date ‘postcards’ of the comet. Traditional image releases with scientific interpretation will still be made, separately, in the usual way.

The images will also be added to our ESA galleries and shared on our Rosetta social media channels. In addition, we plan to showcase them in a weekly blog post alongside our regular navigation camera (NavCam) CometWatch feature.

“This new initiative is a welcome addition to our long-established NavCam CometWatch releases, and gives us another way to enjoy riding along with Rosetta as it follows the comet through the Solar System,” notes Patrick Martin, ESA’s Rosetta mission manager.

The OSIRIS dataset from both the wide- and narrow-angle cameras covering the period 20 June 2014 – 16 September 2014 are currently in processing and are foreseen for release via the Archive Image Browser and the Planetary Science Archive early next week.