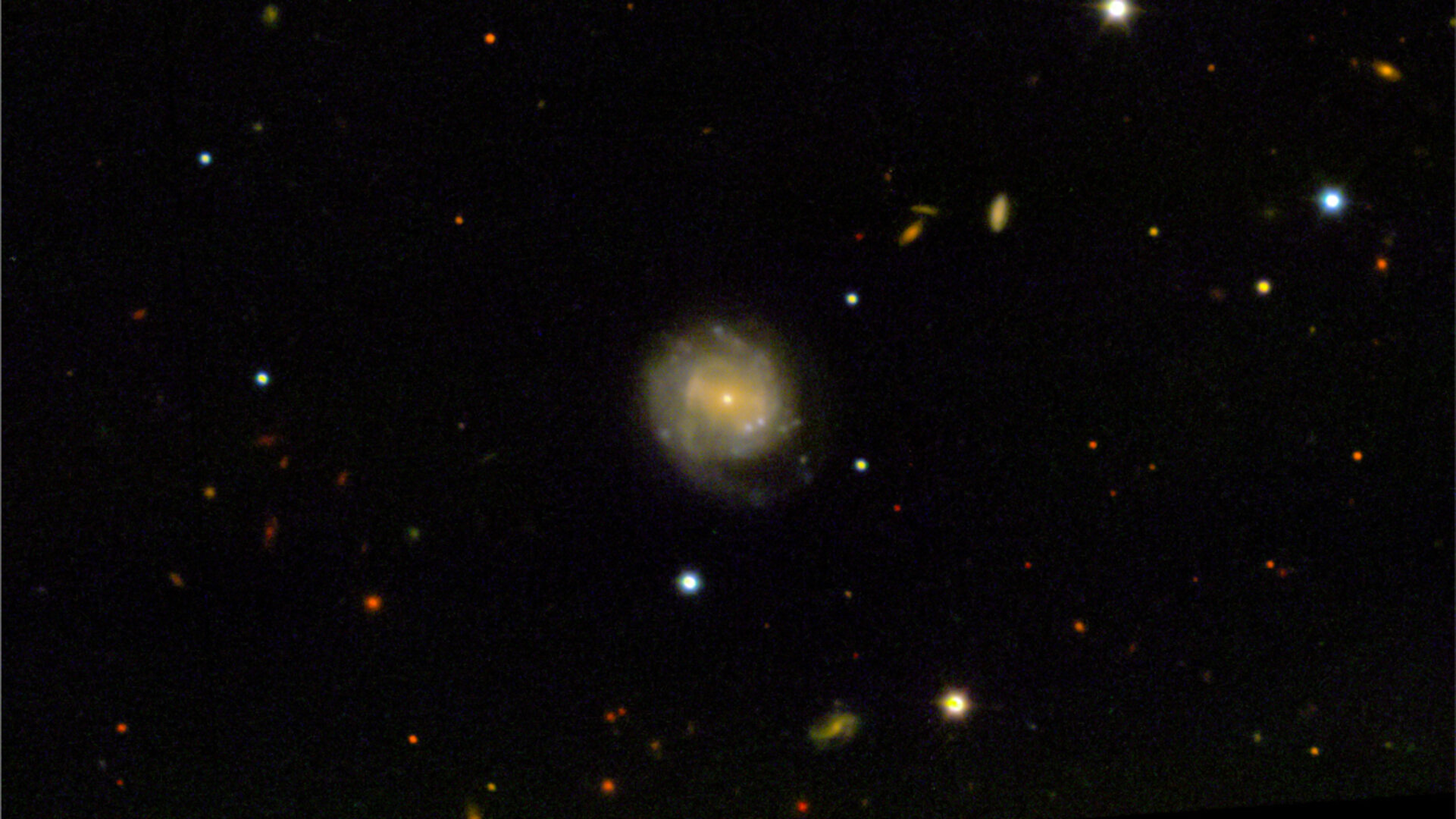 ESA’s high-energy space telescopes Integral and XMM-Newton have helped to find a source of powerful X-rays at the centre of an unprecedentedly bright and rapidly evolving stellar explosion that suddenly appeared in the sky earlier this year.

The ATLAS telescope in Hawaii first spotted the phenomenon, since then named AT2018cow, on 16 June. Soon after that, astronomers all over the world were pointing many space- and ground-based telescopes towards the newly found celestial object, located in a galaxy some 200 million light years away.

They soon realised this was something completely new. In only two days the object exceeded the brightness of any previously observed supernova – a powerful explosion of an aging massive star that expels most of its material into the surrounding space, sweeping up the interstellar dust and gases in its vicinity.

A new paper, accepted for publication in the Astrophysical Journal, presents the observations from the first 100 days of the object’s existence, covering the entire electromagnetic spectrum of the explosion from radio waves to gamma rays.

The analysis, which includes observations from ESA’s Integral and XMM-Newton, as well as NASA’s NuSTAR and Swift space telescopes, found a source of high-energy X-rays sitting deep inside the explosion.

The behaviour of this source, or engine, as revealed in the data, suggests that the strange phenomenon could either be a nascent black hole or neutron star with a powerful magnetic field, sucking in the surrounding material.

“The most exciting interpretation is that we might have seen for the first time the birth of a black hole or a neutron star,” says Raffaella Margutti of Northwestern University, USA, lead author of the paper.

“We know that black holes and neutron stars form when stars collapse and explode as a supernova, but never before have we seen one right at the time of birth,” adds co-author Indrek Vurm of Tartu Observatory, Estonia, who worked on modelling the observations.

Integral made its first observations of the phenomenon about five days after it had been reported and kept monitoring it for 17 days. Its data proved crucial for the understanding of the strange object.

“Integral covers a wavelength range which is not covered by any other satellite,” says Erik Kuulkers, Integral project scientist at ESA. “We have a certain overlap with NuSTAR in the high-energy X-ray part of the spectrum but we can see higher energies, too.”

So while data from NuSTAR revealed the hard X-ray spectrum in great detail, with Integral the astronomers were able to see the spectrum of the source entirely, including its upper limit at soft gamma-ray energies.

“We saw a kind of a bump with a sharp cut-off in the spectrum at the high-energy end,” says Volodymyr Savchenko, an astronomer at the University of Geneva, Switzerland, who worked on the Integral data. “This bump is an additional component of the radiation released by this explosion, shining through an opaque, or optically thick, medium.”

“This high-energy radiation most likely came from an area of very hot and dense plasma surrounding the source,” adds Carlo Ferrigno, also of the University of Geneva.

Because Integral kept monitoring the AT2018cow explosion over a longer period of time, its data was also able to show that the high-energy X-ray signal was gradually fading.

Raffaella explains that this high-energy X-ray radiation that went away was the so-called reprocessed radiation – radiation from the source interacting with material ejected by the explosion. As the material travels away from the centre of the explosion, the signal gradually wanes and eventually disappears completely.

In this signal, however, the astronomers were able to find patterns typical of an object that draws in matter from its surroundings – either a black hole or a neutron star.

“This is the most unusual thing that we have observed in AT2018cow and it’s definitely something unprecedented in the world of explosive transient astronomical events,” says Raffaella.

Meanwhile, XMM-Newton looked at this unusual explosion twice over the first 100 days of its existence. It detected the lower-energy part of its X-ray emission, which, according to the astronomers, comes directly from the engine at the core of the explosion. Unlike the high-energy X-rays coming from the surrounding plasma, the lower-energy X-rays from the source are still visible.

The astronomers plan to use XMM-Newton to perform a follow-up observation in the future, which will allow them to understand the source’s behaviour over a longer period of time in greater detail.

“We are continuing to analyse the XMM-Newton data to try to understand the nature of the source,” says co-author Giulia Migliori of University of Bologna, Italy, who worked on the X-ray data. “Accreting black holes leave characteristic imprints in X-rays, which we might be able to detect in our data.”

“This event was completely unexpected and it shows that there is a lot of which we don’t completely understand,” says Norbert Schartel, ESA’s XMM-Newton project scientist. “One satellite, one instrument alone, would never be able to understand such a complex object. The detailed insights we were able to gather into the inner workings of the mysterious AT2018cow explosion were only achievable thanks to the broad cooperation and combination of many telescopes.”

“An embedded X-ray source shines through the aspherical AT2018cow: revealing the inner workings of the most luminous fast-evolving optical transients” by R. Margutti et al is accepted in Astrophysical Journal.