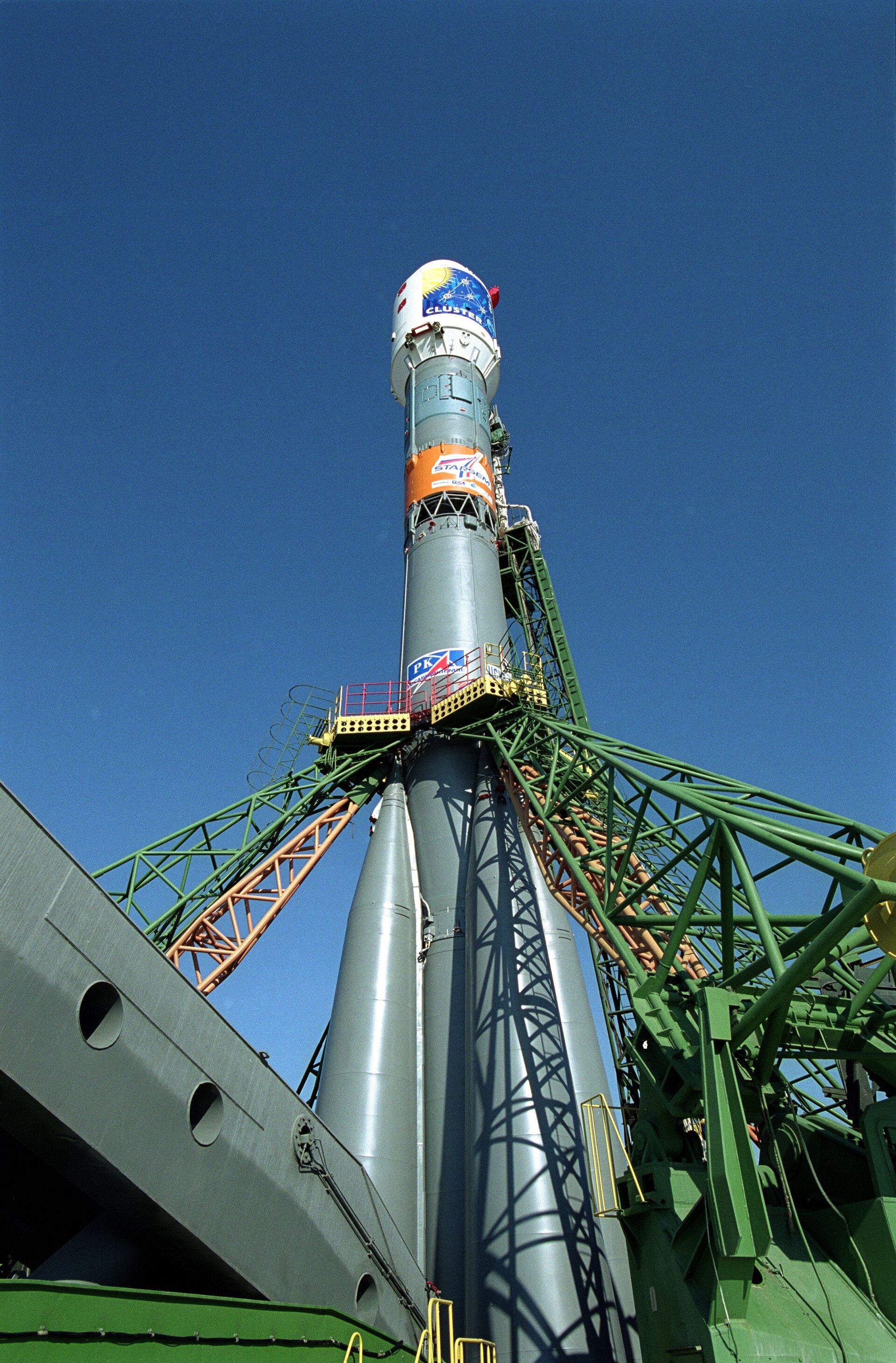 A Soyuz-Fregat launcher set Venus Express on its course to Venus from the Russian Baikonur Cosmodrome in Kazakhstan.

Soyuz was first launched in 1963, and from then it has made more than 1600 flights out of which 98% were successful. This makes Soyuz one of the most reliable launchers in the world.

The Soyuz-Fregat is procured through Starsem, a European-Russian company that markets the rocket outside Russia where it is produced.

Soyuz-Fregat is composed of lower and upper stages. The Soyuz has three lower stages, while the Fregat upper stage has a fairing which houses Venus Express, attached via a conically shaped adapter.

Venus Express flew on an upgraded version of Fregat, which is lighter and more powerful than the previous one.

Fregat was ignited twice. The first ignition moved the Fregat-Venus Express into an almost circular ‘parking orbit’ from the sub-orbital trajectory into which it was delivered by the Soyuz third stage. The second ignition injected Venus Express into its interplanetary flight trajectory.