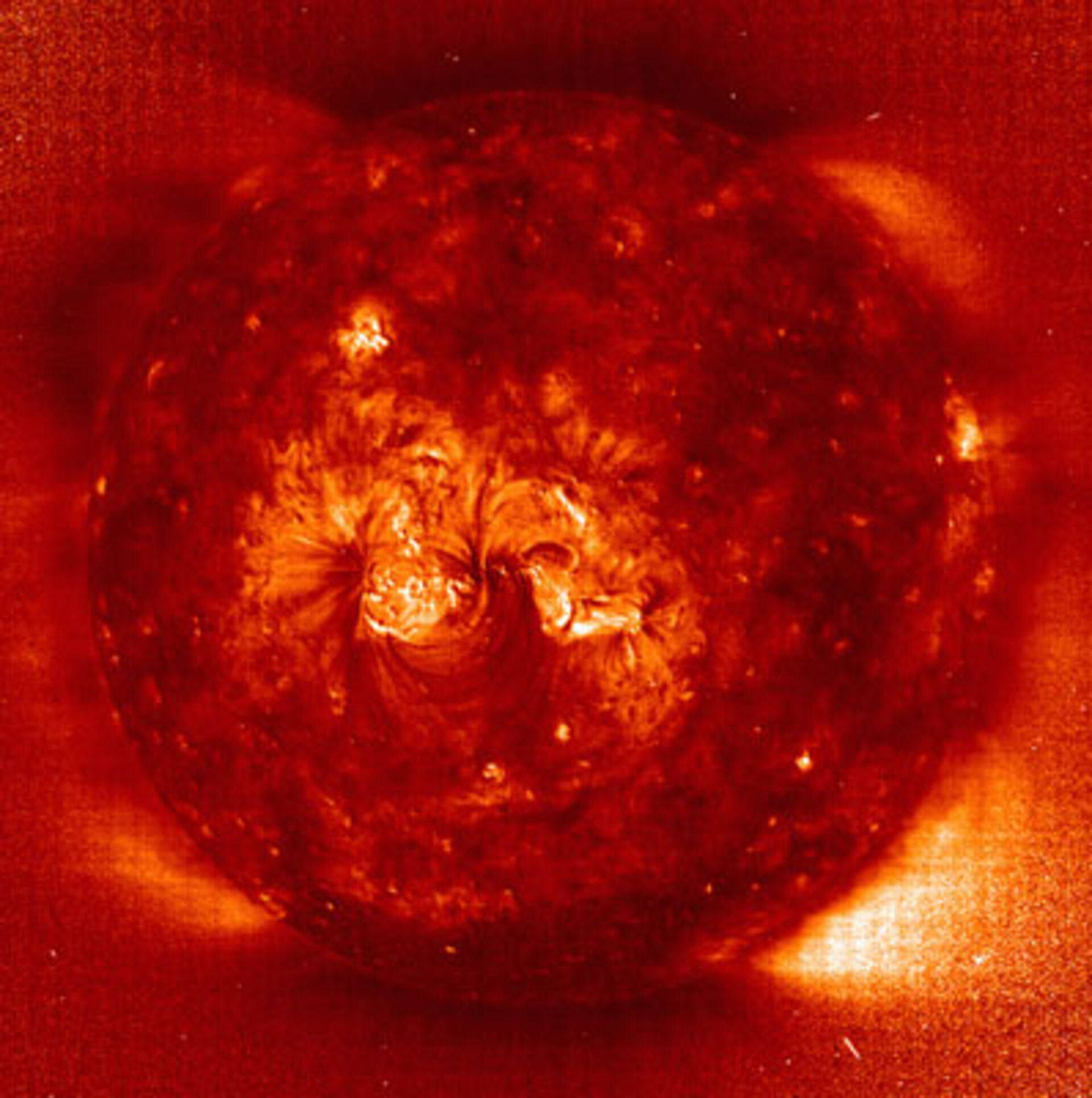 'Bakeout' is a procedure where the Extreme ultraviolet Imaging Telescope (EIT) on board SOHO is taken offline in order to maintain the performance of the instrument.

If the images shown on ESA’s ‘The Sun now’ web page display the message 'CCD BAKEOUT', then this means EIT images are temporarily unavailable. In this case, there is nothing wrong with SOHO's EIT instrument. The images will resume within 2-3 weeks.

The EIT detector on SOHO is a ‘backside-thinned’ charge-coupled detector (CCD). This is similar to the CCDs in hand-held video cameras, but with better ‘readout noise’ (the ‘snow’ or ‘fuzz’ you see in your home videos when there is little available light). Thanks also to a manufacturing process called backside-thinning, it is senstitive to extreme ultraviolet (EUV) light.

To keep the ‘readout noise’ down (i.e. suppress the ‘snow’) and also to prevent cosmic ray hits from permanently damaging the detector, the EIT CCD is usually operated at a temperature of about -67 °C. This very low temperature is achieved by keeping the CCD chip in thermal contact with a titanium ‘cold finger’ that is attached to a radiator plate.

Just after launch, the EIT was warmed up, or ‘baked out’, to evaporate any potential vapours which could condense onto the CCD when it cools. Unfortunately, a small amount of ‘slush’, probably a mixture of water vapour and hydrocarbons, still exists inside the instrument.

The back end of the EIT telescope near the CCD is, unfortunately, the coldest and most difficult place for these vapours to escape from. At -67 °C, the slush condenses on the CCD and absorbs some of the EUV light, and so reduces the throughput of the instrument.

Over time, many types of CCDs are degraded by contamination of heavy ions from cosmic or solar radiation, deposits and polymerisation of deposits on the surface and, finally, trapped electrical charges. These forms of degradation also reduce the sensitivity of the detector.

Fortunately, some of these effects can be reduced by warming up, or ‘baking out’, the CCD over an extended period. By raising the CCD temperature to approximately 16 °C, the slush evaporates from the detector (if only temporarily) and electron traps in the CCD material are removed, restoring the sensitivity of the detector.

Bakeouts are scheduled during periods when data loss is expected, for example during telemetry ‘keyholes’ (periods when SOHO is in limited contact with Earth).