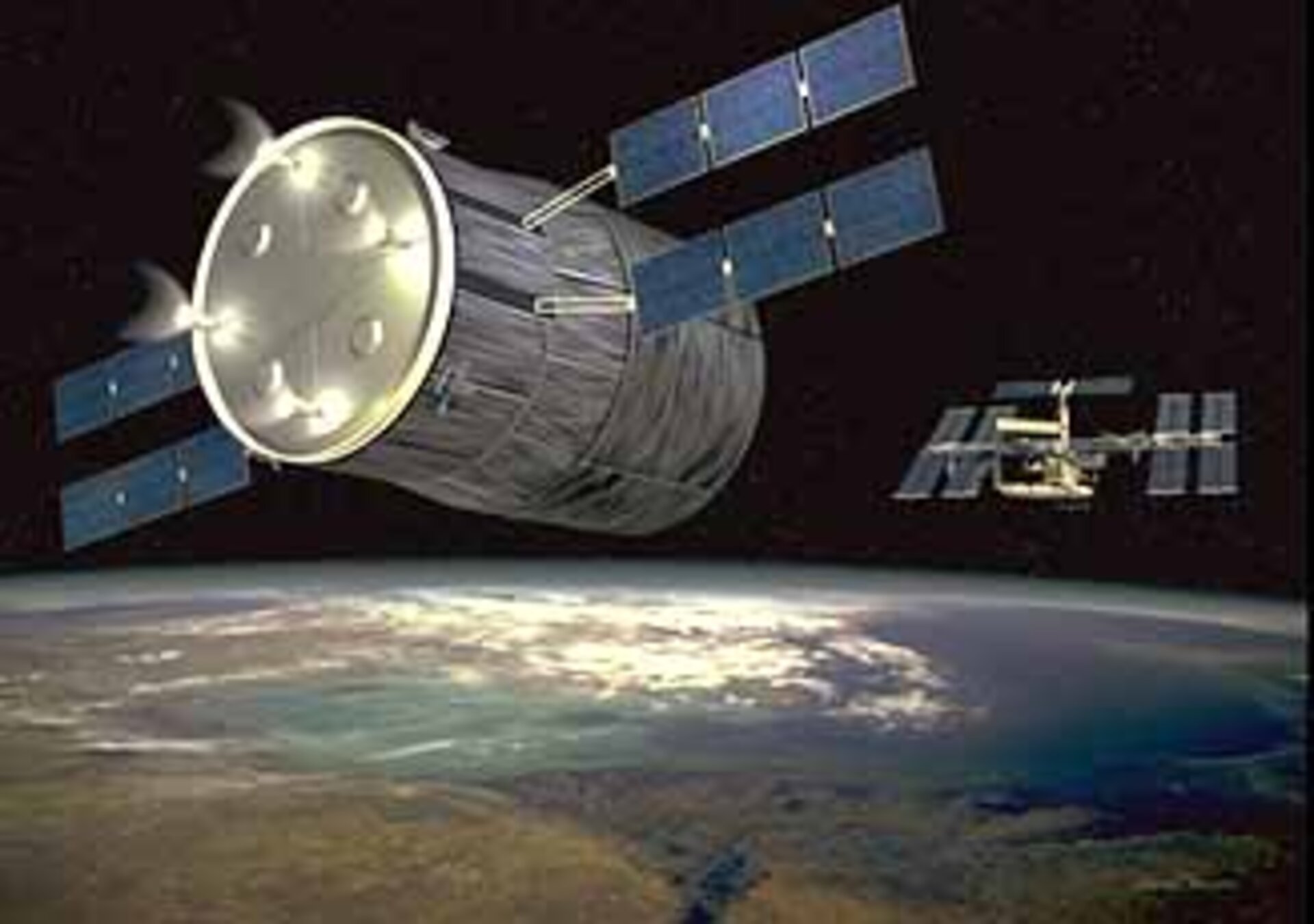 An early artist's impression of ESA's Automated Transfer Vehicle (ATV) approaches the International Space Station to dock at the rear to Russia's Service Module. ATVs delivered up to 9 tonnes of cargo each time and used its engines to reboost the International Space Station to combat orbital decay. The International Space Station is shown as it was expected to appear on completion of assembly in 2003. With a total mass of about 400 tonnes, habitable volume of 1300 cubic metres and length of 108 metres, it accommodates a permanent crew of 6-7 in laboratories including ESA's Columbus Laboratory. Other European contributions include connecting Nodes, the European Robotic Arm (ERA, seen attached to the top tower), and the Data Management System for the Russian Service Module. Status [Image Date: 1998/07] [98.09.019-002]