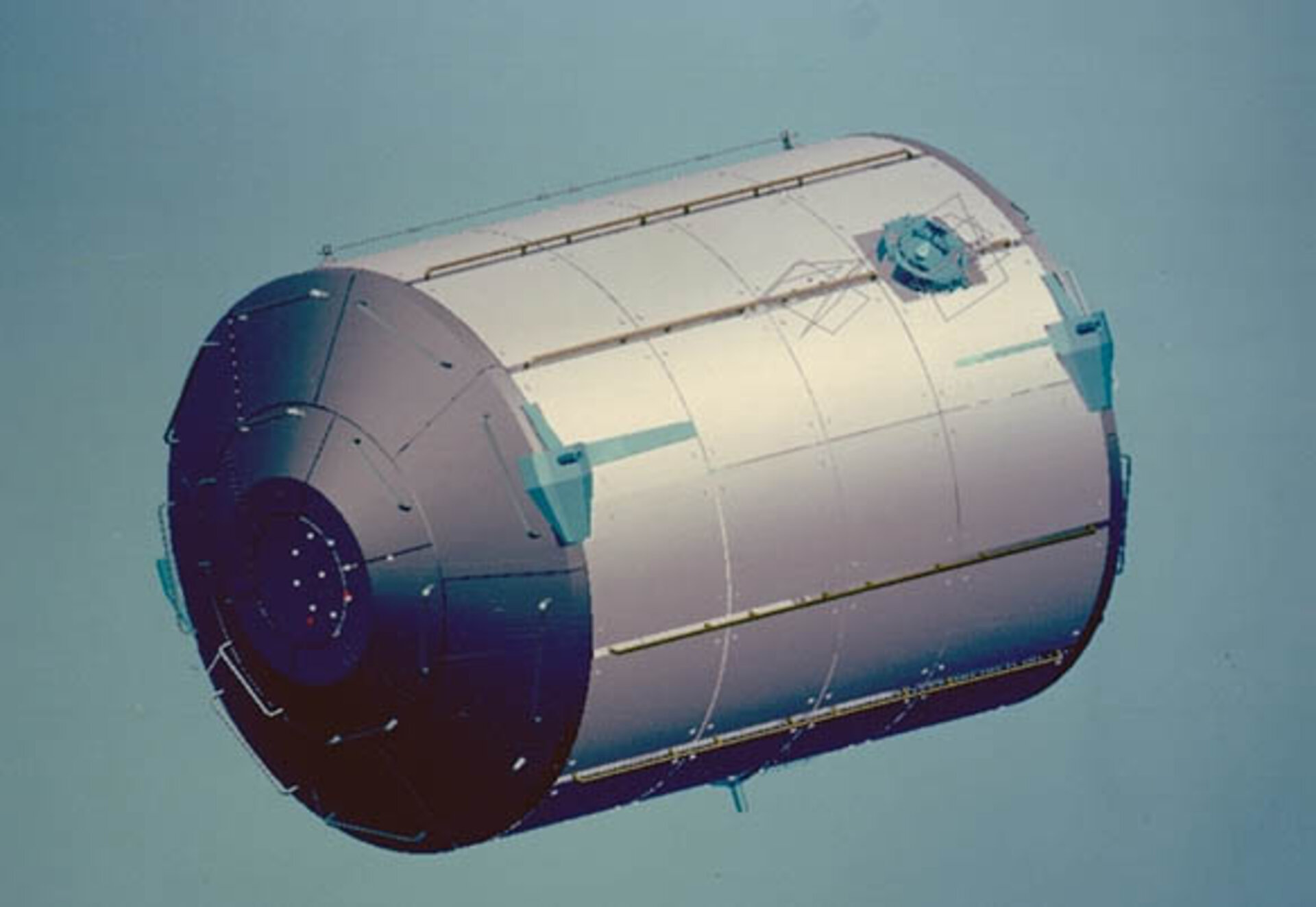 ESA's Columbus Orbital Facility (COF) will become one of the principal manned modules of the International Space Station (ISS) when it is launched in late 2002 or early 2003 aboard the US Space Shuttle. In this pressurised laboratory, European astronauts and their international colleagues will work in a comfortable shirtsleeve environment. The state-of-the-art COF is a general-purpose laboratory, accommodating experiments in life sciences, materials processes, technology development, fluid sciences, fundamental physics and other disciplines. Up to 500 experiments will be performed in it every year of its 10-year operational life. Measuring 6.7 m long and 4.5 m in diameter, the one-piece module will weigh 9.9 t without its research equipment of 5 t in 10 exchangeable modular racks. This computer-generated illustration highlights in blue the trunnions that will secure COF in Shuttle's bay. Also shown in blue (top right) is the single grappling target that ISS's robot arm will use to transfer COF from the Shuttle to the Station. COF will be permanently docked to ISS via the hatch hidden on the cylinder's far end. COF is being developed by a European consortium headed by Daimler Benz Aerospace (DASA). Alenia Aerospazio is responsible for the definition, development and pre-integration of the mechanical structure, which will be delivered to DASA in 2000 for final integration of avionics and software, overall system verification and delivery to ESA. [Image Date: 1977] [98.07.002-007]