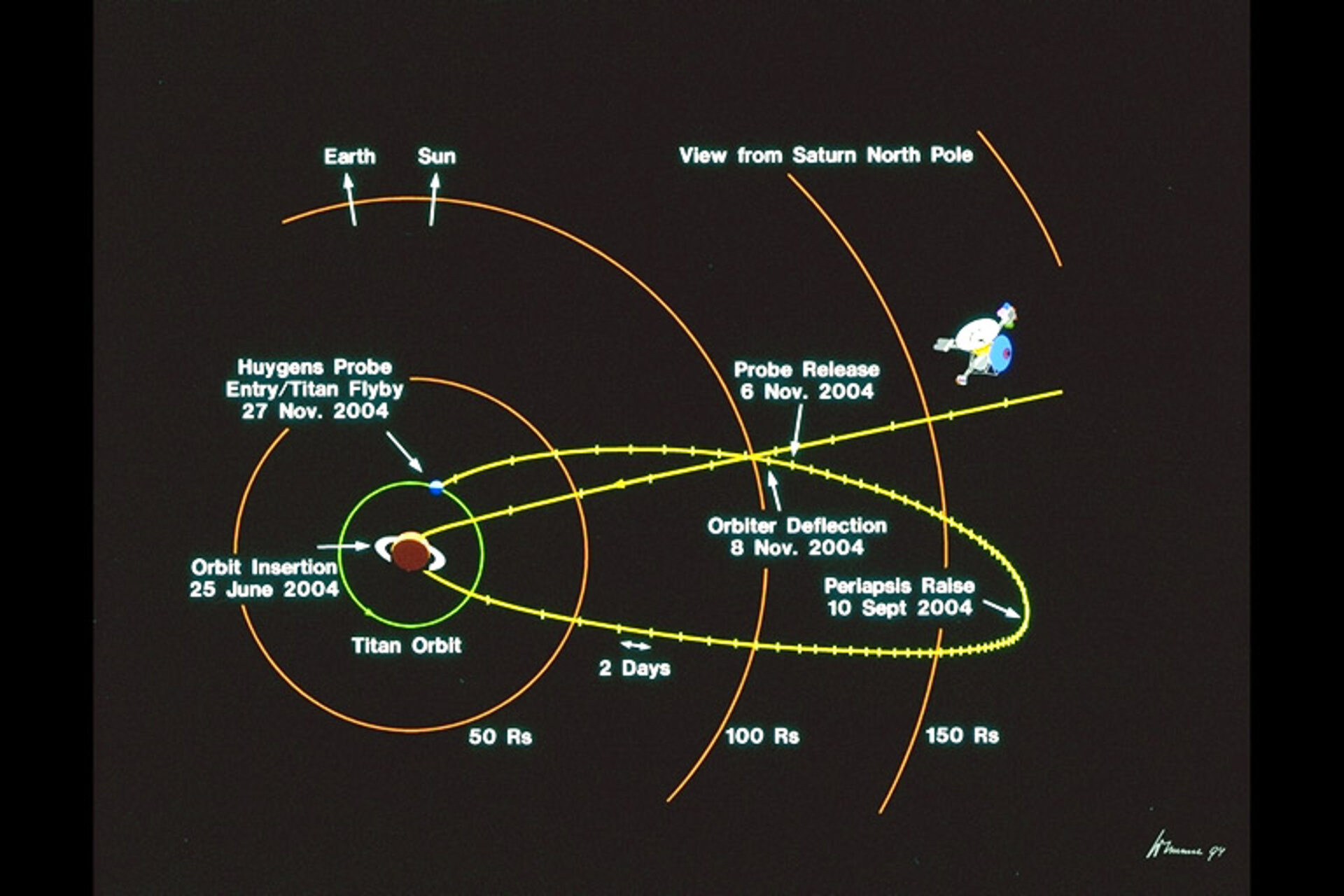 When Cassini reaches the vicinity of Saturn, a long burn of its engines will slow it down so that it is captured by the planet's gravitational field into an elliptical orbit. At the extreme point of this initial orbit, a manoeuvre will direct it to pass close to Titan, allowing the Huygens Probe to be released for descent into Titan's atmosphere after a 22-day coast. Cassini goes on to spend four years touring the Saturnian system. [Image Date: 1997-00-00] [97.06.001-004]