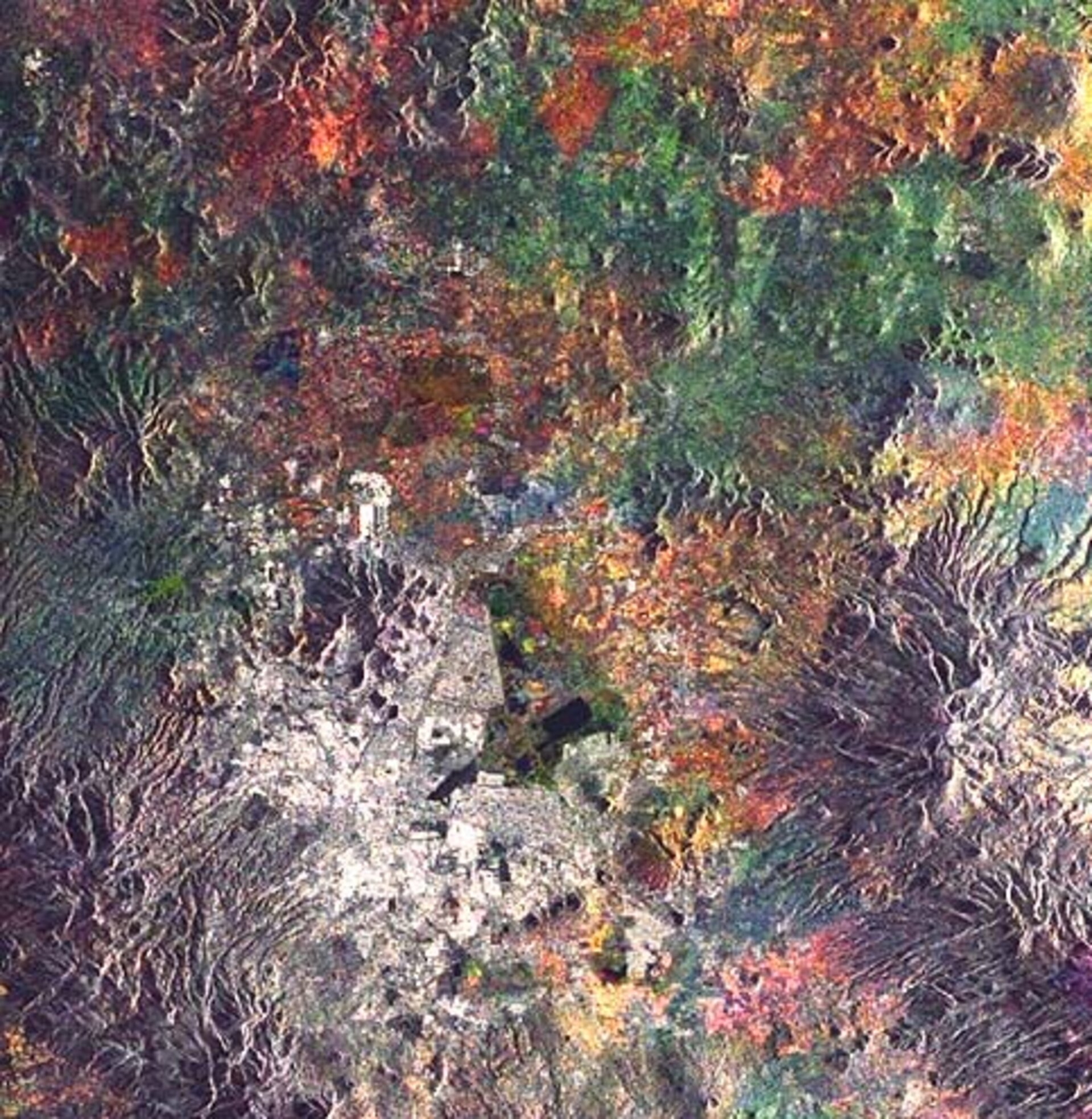 This ERS SAR multi-temporal image is a composite of various acquisitions during 1995-1997. It provides an overview of Mexico city and its surroundings. Densely populated zones are displayed in white or in bluish tone with white dots. Agricultural areas appear in reddish and yellow tones, and natural vegetation in green. Mexico City is visible in the central lower left part of the image, which covers an area of 100 km by 100 km. City boundaries can be clearly distinguished, especially when they are marked by drainage channels. However, they become fuzzy towards the west and south, where the city sprawls into the hills of the Sierra del Ajusco. Because of the radar's illumination effect, some of the city areas appear bright, with streets running parallel and perpendicular to the satellite track.

The imaged area extends from Tula in the top left to Amecameca in the lower right. Well-known places like Teotihucan are difficult to pinpoint, but are still visible as bright points in the green area to the upper right, near the centre of the image. The morphology of the landscape is characterised by huge volcanoes with radially cut valley slopes. The Sierra Nevada lies to the east (right of Mexico City), culminating in the 5452 m-high Popocatepetl mountain (out of the picture to the south-east). Part of its northern neighbour, the 5286 m-high Iztaccihuatl, is visible in the lower right corner. The magenta colour indicates that on one date (28 December 1995), it was snowcapped. Several, if not all, of the small hills apparent in the image are probably volcanic cones. However, because of the steep angle of incidence of the ERS radar, only those with more gentle slopes show the typical encircled volcanic rim or caldera.

The data to produce this image were acquired at the ERS receiving station in Norman, USA and processed by ESA/ESRIN in Frascati, Italy. The three dates of acquisition were [Image Date: 1997] [98.05.002-003]