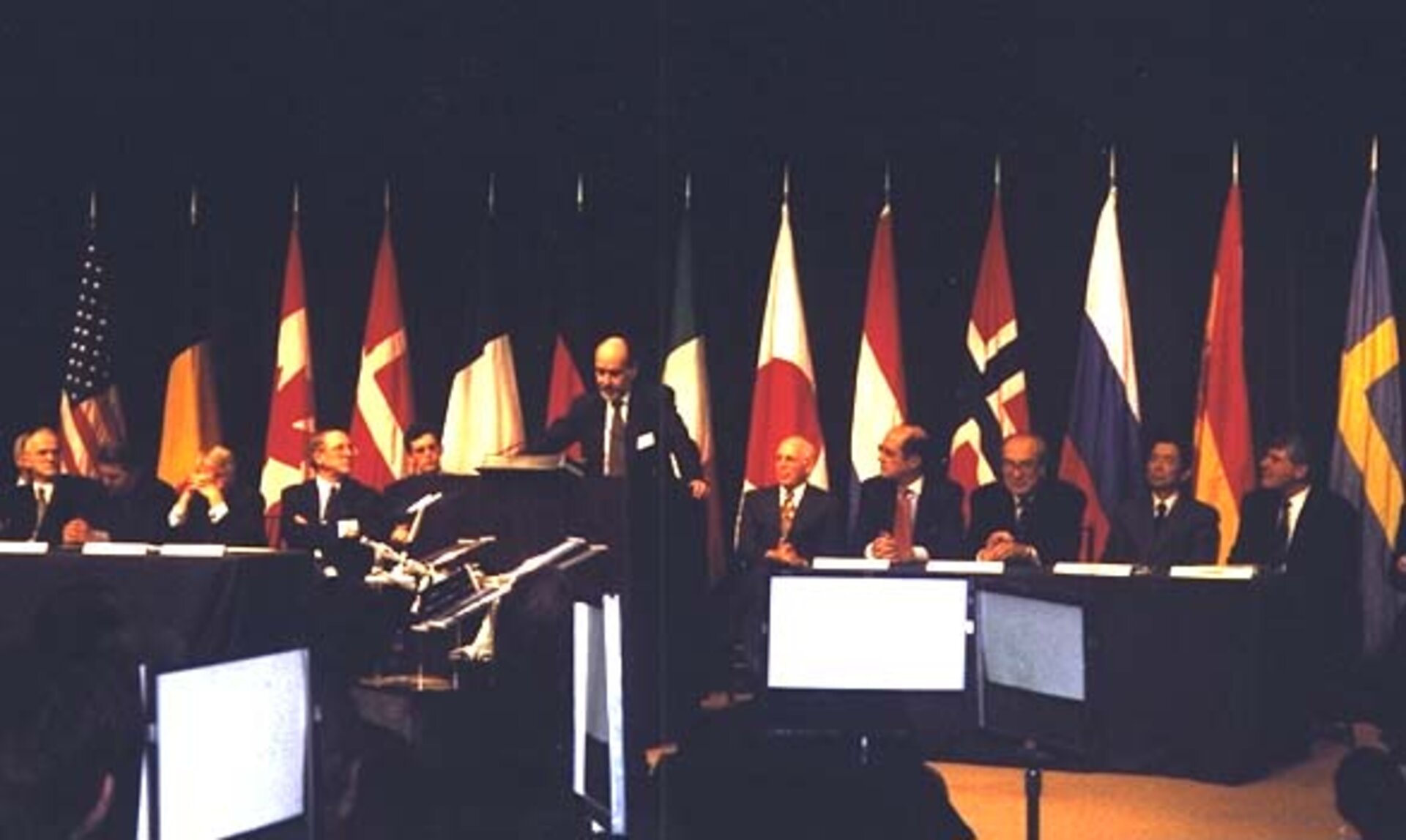 ESA Director General Antonio Rodota addresses the participants in the Intergovernmental Agreement (IGA) on Space Station Cooperation signing ceremony in Washington DC on 29 January 1998. Ministers, ambassadors and senior government officials of 11 ESA Member States met their counterparts from the US, Russia, Japan and Canada to sign agreements on the International Space Station (ISS). The 1998 Intergovernmental Agreement on Space Station Cooperation establishes the framework for cooperation among the partners for ISS design, development, operation and utilisation. It defines the rights and obligations of each of the countries and their jurisdiction and control with respect to their ISS elements.

Mr Rodota and the NASA Administrator, Dan Goldin, signed a separate memorandum of understanding that supplements the IGA and defines the roles and responsibilities of each agency in the design, development, operation and utilisation of the Station for its planned 10- to 15-year lifetime. The space agencies of Russia, Japan and Canada signed similar memoranda of understanding with NASA. [Image Date: 29-01-98] [98.05.001-005]