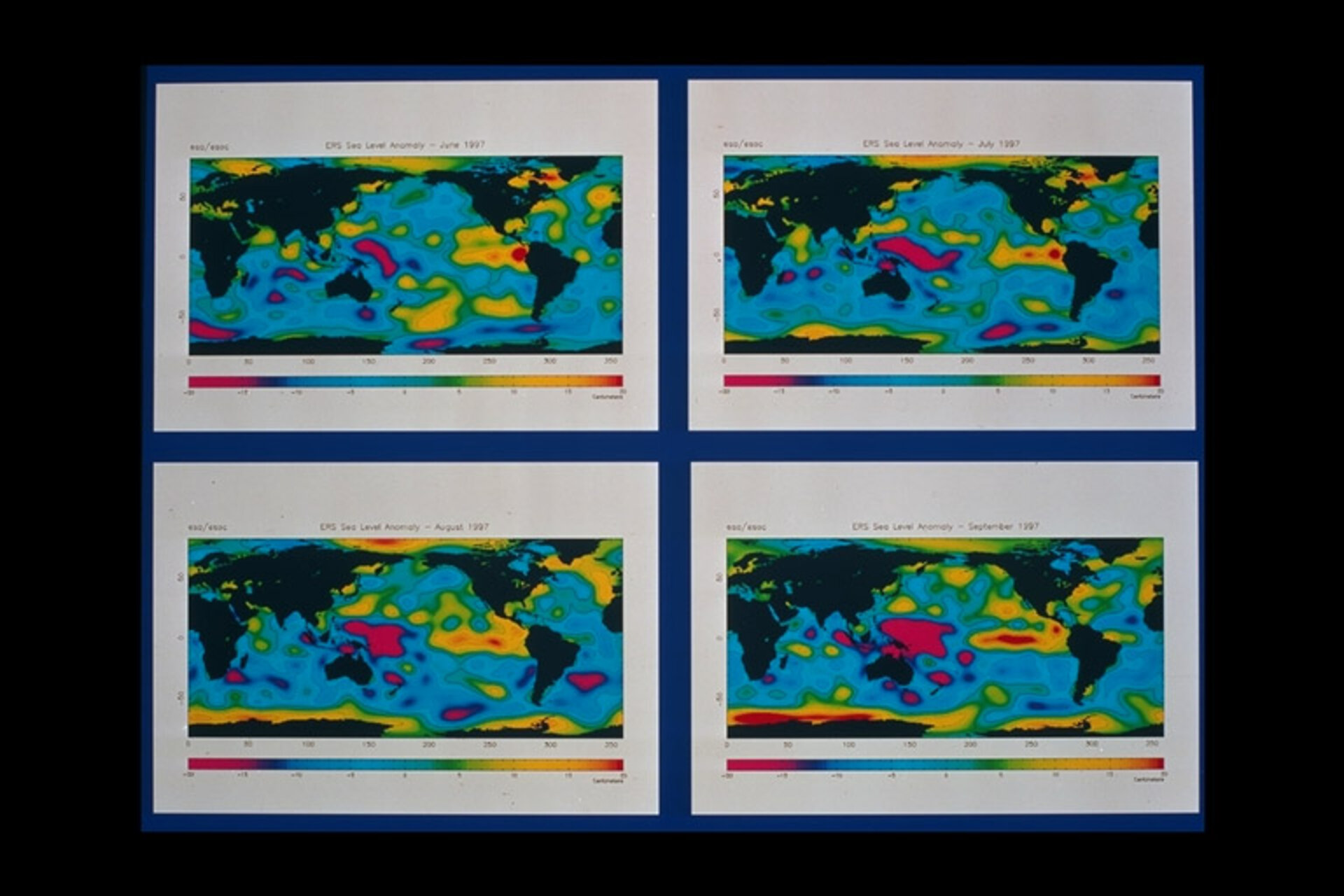 These images are monthly sea level anomalies, obtained from ESA's ERS-2 sea level height measurements by subtracting an annual mean sea level height. They show 1997's development of the El Nino effect. The 'normal' state of the ocean is such that the sea level on the western side of the Pacific Ocean is higher than on the eastern side. This difference is due to the Trade Winds blowing constantly from east to west, causing the waters to pile up at the western side of the ocean. Also due to the Trade Winds, the surface water on the eastern side is constantly transported westward, and replaced by cold, nutritious water that comes from deeper layers. So generally along the South American coast, cold and nutritious waters prevail, while on the western side there is warm surface water. During an El Nino event the Trade Winds relax, and become very weak (and may even reverse). This causes the warm surface waters to flow back eastward, and stops the upwelling on the eastern side. No more upwelling means that the sea surface temperatures rise,implying a sea level rise. Effects can be monitored using altimetry data. [Image Date: 1997] [97.11.014-002]