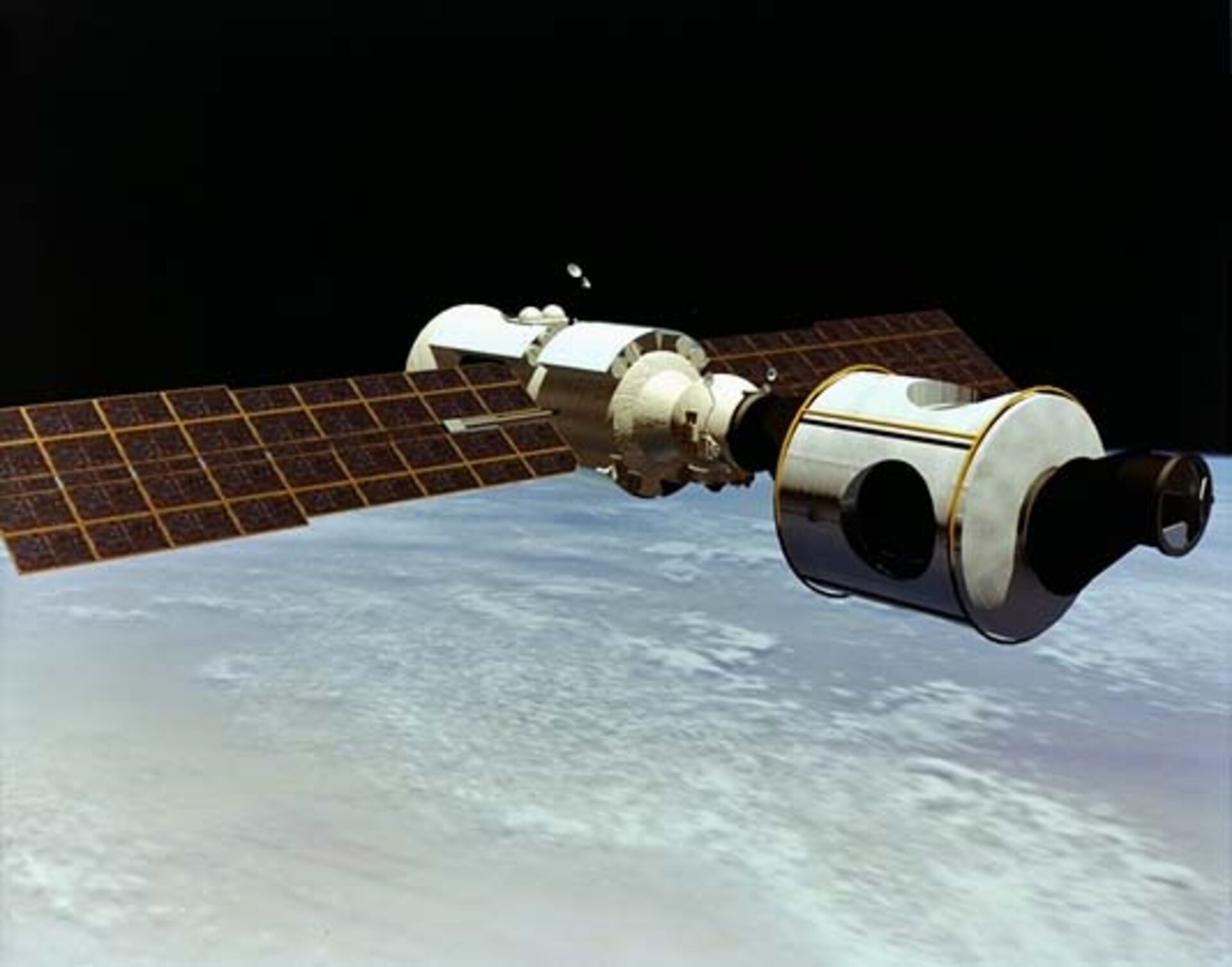 Artist's impression of the first two modules of the International Space Station. Zarya (left) was launched 20 November 1998 by Proton from Baikonur, Kazakhstan. Unity (Node-1) was launched aboard the Space Shuttle on 4 December 1998 and the two were mated on 7 December. Unity will serve as a connecting node with other ISS module, including the US laboratory and habitation modules, via the six hatches. ESA is responsible for providing Nodes-2 and -3. Zarya is providing early Station control and propulsion. [Image Date: 1997/06] [98.08.003-007]