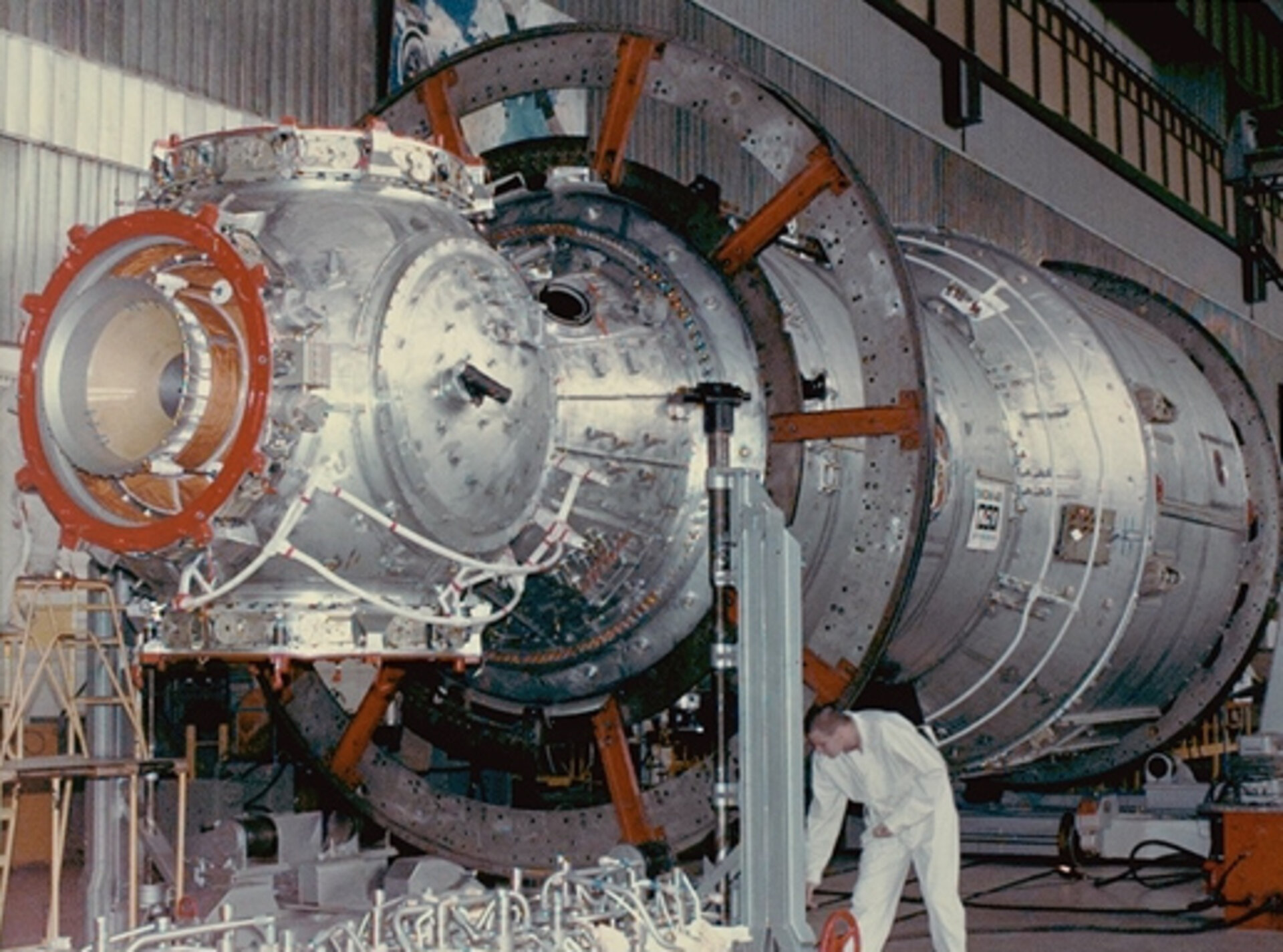 The Russian Service Module will be launched as the third element of the International Space Station (ISS) by the end of 1999, providing early power, propulsion, life support, communications and living quarters for the Station. It is seen here at the Khrunichev factory in Moscow shortly after completing a pressurisation test. It will dock with the Station using the axial port in the foreground. ESA has provided the Data Magagement System (DMS-R) for the module. [Image Date: 12-09-97] [98.08.003-004]