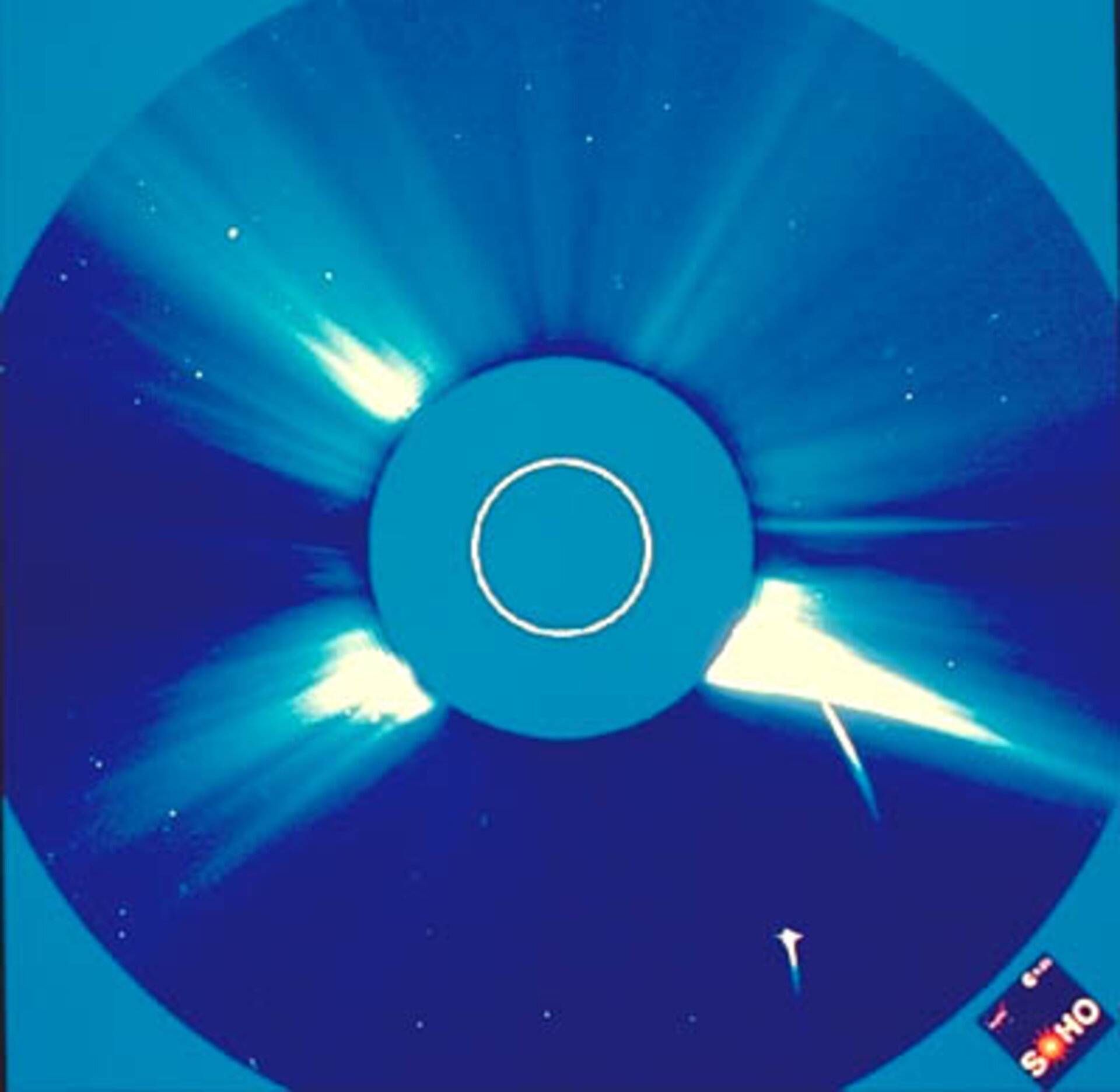 Soho's Large-Angle Spectrometric Coronagraph (LASCO) observes two comets plunging into the Sun's atmosphere in close succession on 1 June and 2 June 1998. The demise of the comets was followed the same day by a dramatic ejection of hot gas and magnetic energy known as a coronal mass ejection. The comets belonged to a family known as the 'Kreutz Sun-grazers,' a class of comets that passes through the Sun's corona at distances as close as 50 000 km from the surface. In the images taken on 1&2 June, the comets brighten rapidly as they approach the Sun and disappear as they are evaporated by solar radiation. Solar physicists have never seen a comet actually hit the Sun's surface, as comets that appear bright against the night sky are quickly lost in the glare of the Sun. The twin comets were named Soho-54 and Soho-55 as they were the 54th and 55th comets discovered since the spacecraft was launched in 1995. Before Soho, only 25 Sun-grazers had ever been discovered. [Image Date: 02-06-98] [98.07.006-011]