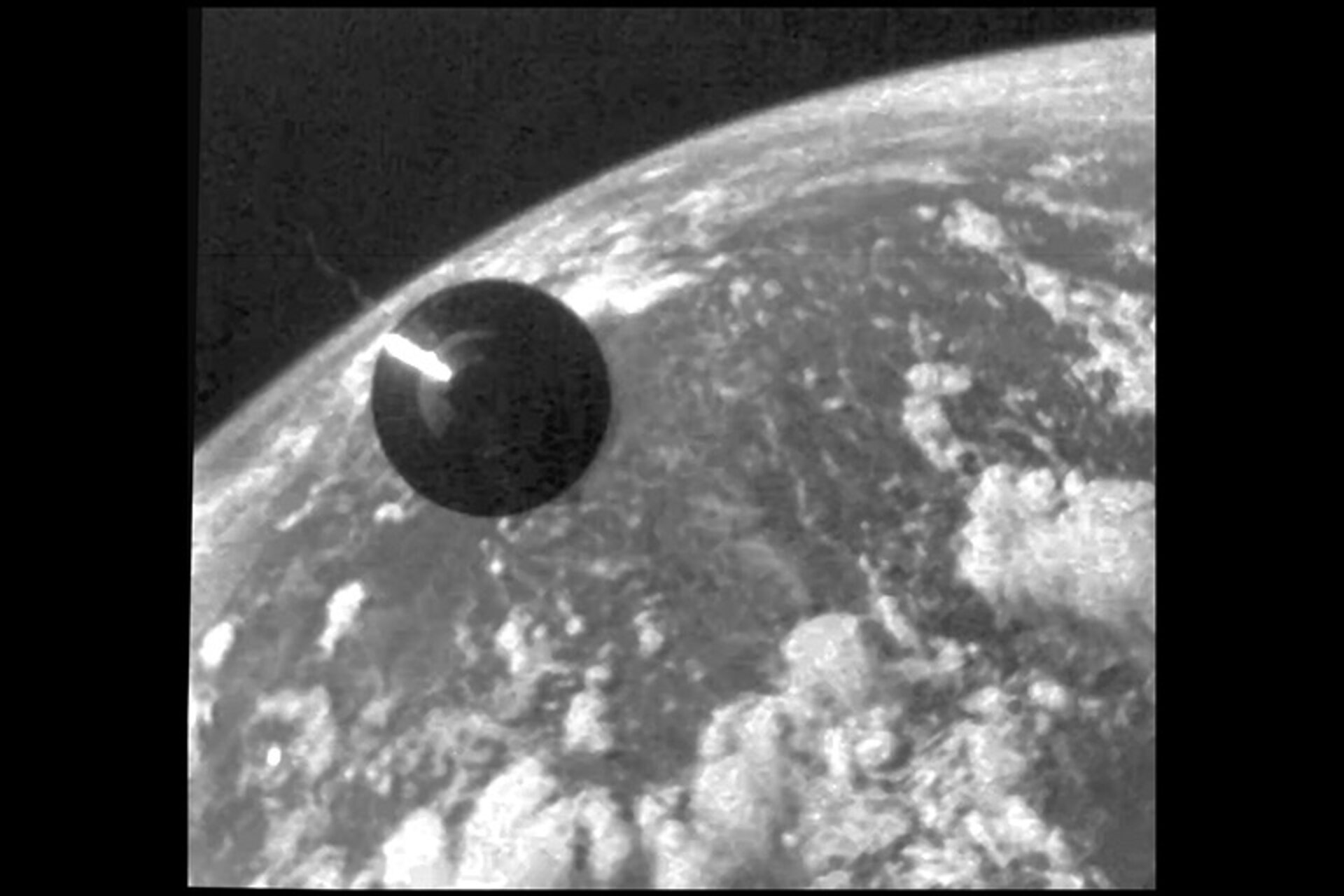 The second Ariane-5, AR-502/V101, was launched 30 October 1997 carrying the two instrumented Maqsat platforms and TeamSat. Unique images were returned to Earth by TeamSat as it separated with Ariane's Maqsat-H upper payload. Shown is the Speltra/upper state composite falling behind, 19 s after separation 600 km over Africa. TeamSat's Visual Telemetry System (VTS) of three cameras and a master compression unit was designed to acquire image sequences of critical operations. [Image Date: 30-10-97] [97.10.016-004]