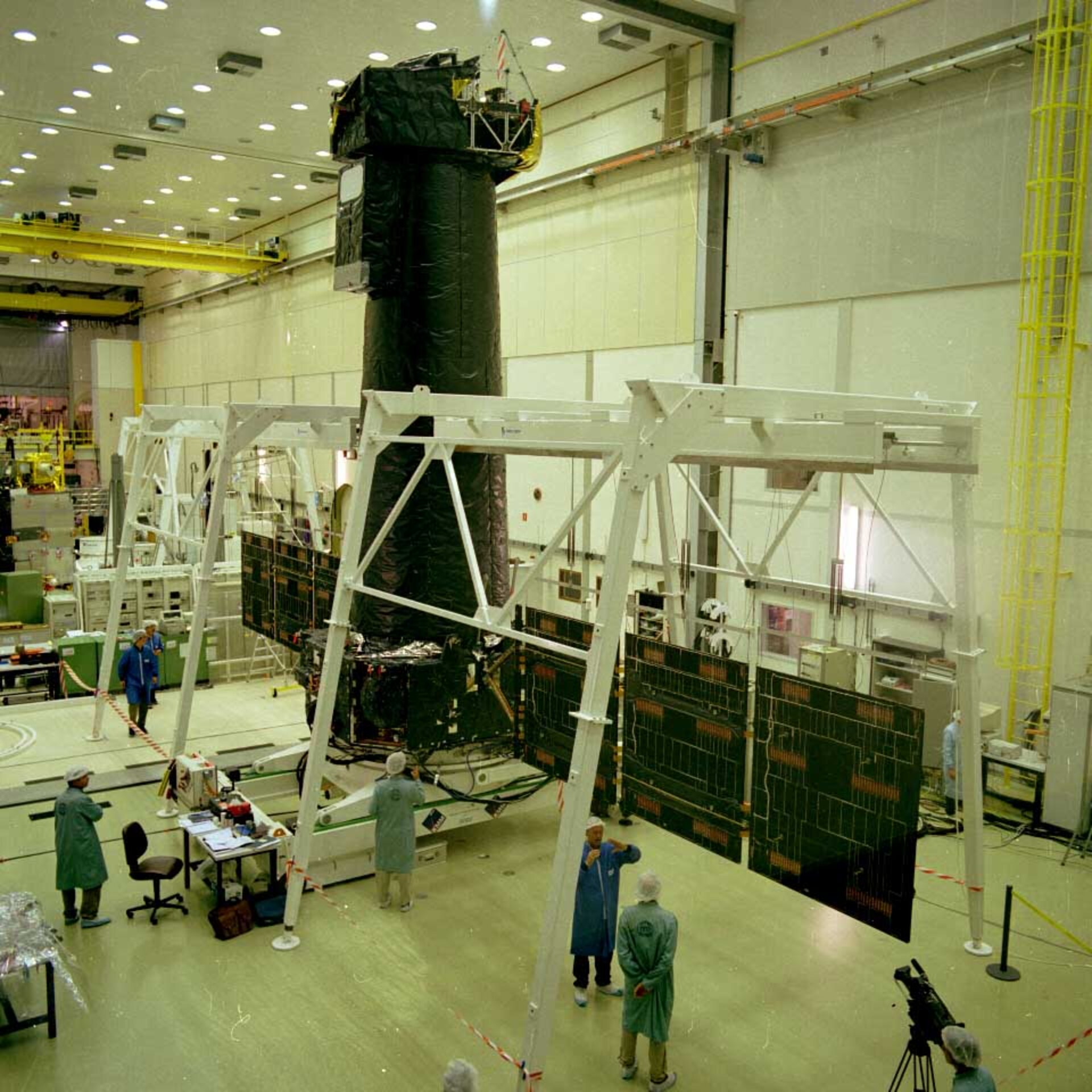 Testing of the solar array deployment on the XMM Flight Model in the ESTEC Test Centre. ESA's X-ray Multi-Mirror (XMM) high-throughput X-ray spectroscopy mission will be launched by Ariane-5 in December 1999. By virtue of its large collecting area and highly eccentric orbit, the 3.9-tonne XMM will make long observations of soft X-ray (100 eV to 12 keV) sources with unprecedented sensitivity. Most of the 50-200 sources in every image will be revealed for the first time. Whereas the German/US/UK Rosat mission, launched in 1990, pushed the number of known X-ray sources to 120 000, XMM will see millions. XMM is equipped with two solar wings, provided by Fokker Space BV of The Netherlands. They are of an advanced design (ARA Mk-III), using silicon solar cells. Folded for launch but with a deployed span of 16.16 m, each comprises three hinged panels of 1.81x1.94 m bearing 1240 cells arranged in four sections. The ESTEC test followed many at Fokker but was the first ever conducted with the solar panels fully integrated onto XMM, with all their interfaces connected to the spacecraft and after the acoustic test to which the complete satellite was submitted on 6 July. Each wing has a mass of 40 kg. To simulate the conditions of weightlessness, the solar wings were extended using two zero-g deployment rigs on which the panels were suspended. These compensate for gravity with calibrated spring supports, moving on air cushion bearings to eliminate friction. The test reproduced the release of the folded panels triggered by the automatic onboard sequence. Pyrotechnic units first activated four thermal knives on each wing, which cut the tensioned Kevlar cables holding the panels in their stowed configuration. Spiral springs and delicate mechanisms then allowed a smooth and shockless deployment. [Image Date: 09-08-99] [99.08.002-041]