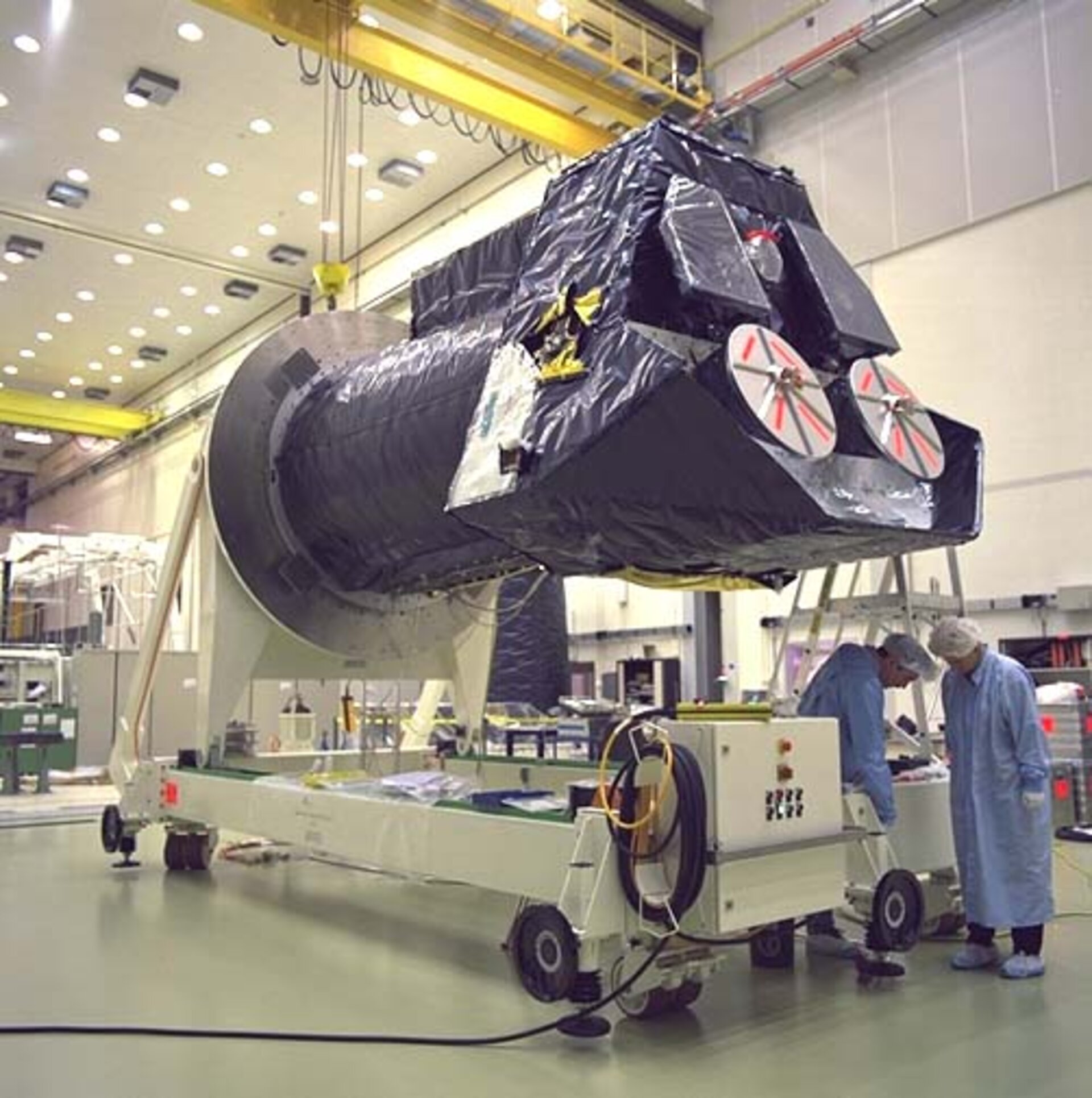 XMM passed an important milestone on 9 February 1999 with the arrival at ESTEC of the upper half of the flight model spacecraft from prime contractor Dornier in Friedrichshafen, Germany. The journey from southern Germany to the Netherlands, with the Black Forest pass deep in snow, was an adventure in itself for the two extra-wide trucks carrying the upper module and the delicate high-tech imaging camera built by European scientists. The upper module, which consists of the focal plane assembly and associated telescope tube, was at ESTEC for the final sequence of environmental tests. It was moved into ESTEC's Large Space Simulator on 23 February. The X-ray observatory is planned for launch in January 2000 aboard an Ariane-5 from Kourou, French Guiana. [Image Date: 1999/02] [99.03.004-005]