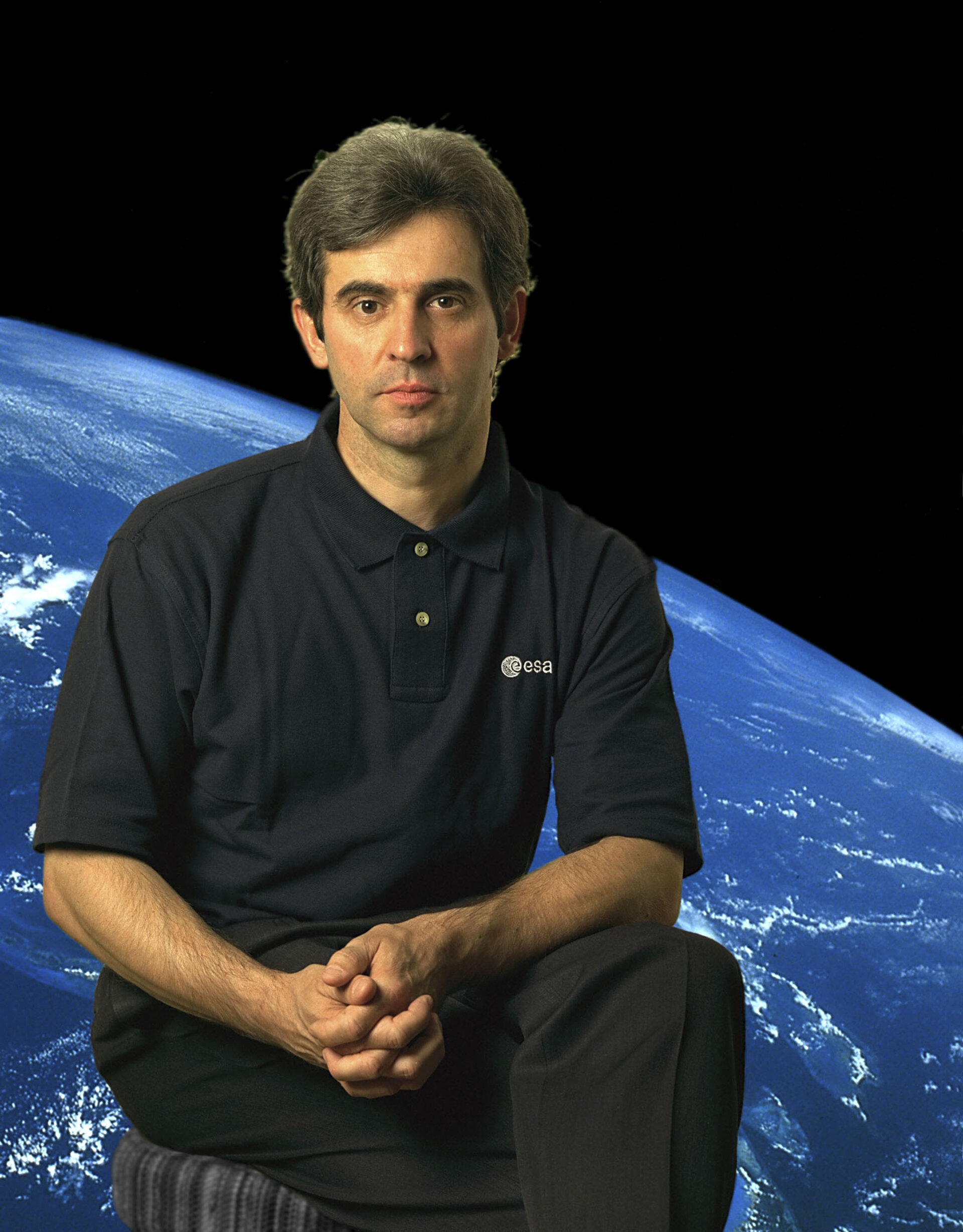 Born April 28, 1957, in Biarritz, Francem Léopold Eyharts is married and has one child. His hobbies are jogging, mountain biking, tennis, reading and computers. Léopold graduated as an engineer from the French Air Force Academy of Salon-de-Provence in 1979.
In 1988 he graduated as a test pilot in the French test pilot from EPNER and was assigned to the Brétigny-sur-Orge Flight Test Centre near Paris, becoming Chief Test Pilot in 1990.
Eyharts has logged 3500 hours flying time on over 50 types of aircraft and 21 parachute jumps including one ejection. He holds a commission as colonel in the French air force.
In 1990, Léopold Eyharts was selected as an astronaut by the French National Space Agency (CNES) and assigned to support the Hermes space plane programme managed by the Hermes Crew Office in Toulouse. He became also one of the test pilots and engineer in charge of the CNES parabolic flight programme (with Caravelle aircraft) and also carried out Airbus A300 Zero G qualification flights.
Léopold Eyharts underwent two short-duration training sessions at the Yuri Gagarin Cosmonaut Training Centre near Moscow in 1991 and 1993.
In December 1996 he was selected as cosmonaut for the CNES follow-on scientific space mission called Pegase, which took place in 1998. In August of the same year, Léopold Eyharts joined ESA’s European Astronaut Corps whose homebase is the European Astronaut Centre in Cologne, Germany. He was assigned to train at NASA’s Johnson Space Center in Houston, Texas and entered the 1998 Mission Specialist Class.
Léopold Eyharts received technical assignments within NASA Astronaut Office at the Johnson Space Center, Houston. He is currently working in the ISS Operations Branch, on Russian vehicles (Soyuz/Progress) and ISS Flight Crew Systems.