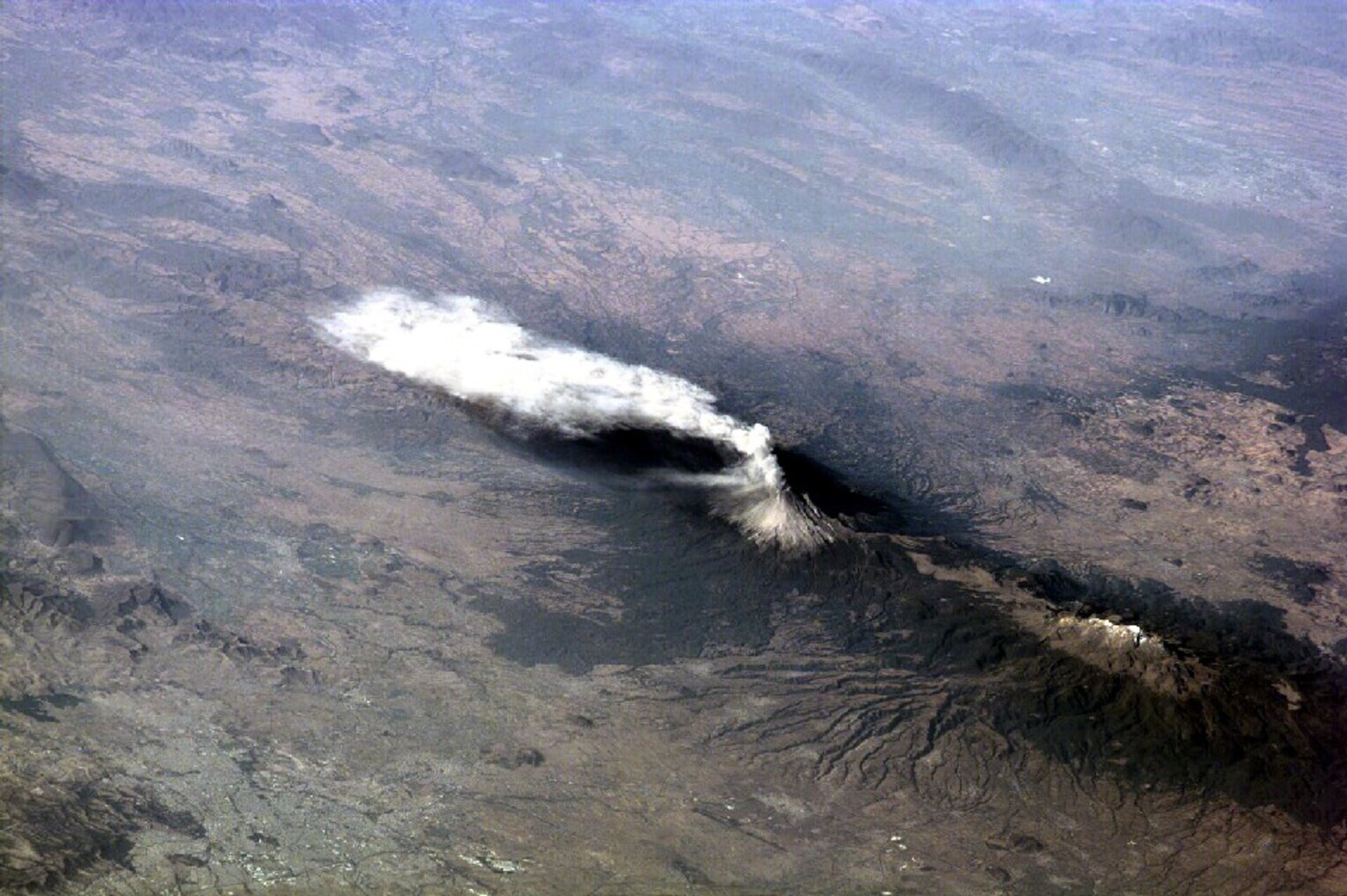 Popocatépetl, or Popo, the active volcano located about 70 kilometres southeast of Mexico City, sends a plume south on January 23, 2001. The Expedition One crew onboard the International Space Station (ISS) observed and recorded this image with a digital still camera as it orbited to the northeast of the volcano. Popo has been frequently active for six years. On this day, the eruption plume reportedly rose to more than 9 kilometers above sea level (for reference, Popo's summit elevation is 5426 meters). Note the smaller ash plume below the main plume. The perspective from the ISS allowed the crew members this unique three dimensional view. Popo is situated between two large population centers: Mexico City (more than 18 million people, and just out of this image at right) and Puebla (about 1.2 million people), partially visible at lower left. (Image: NASA)