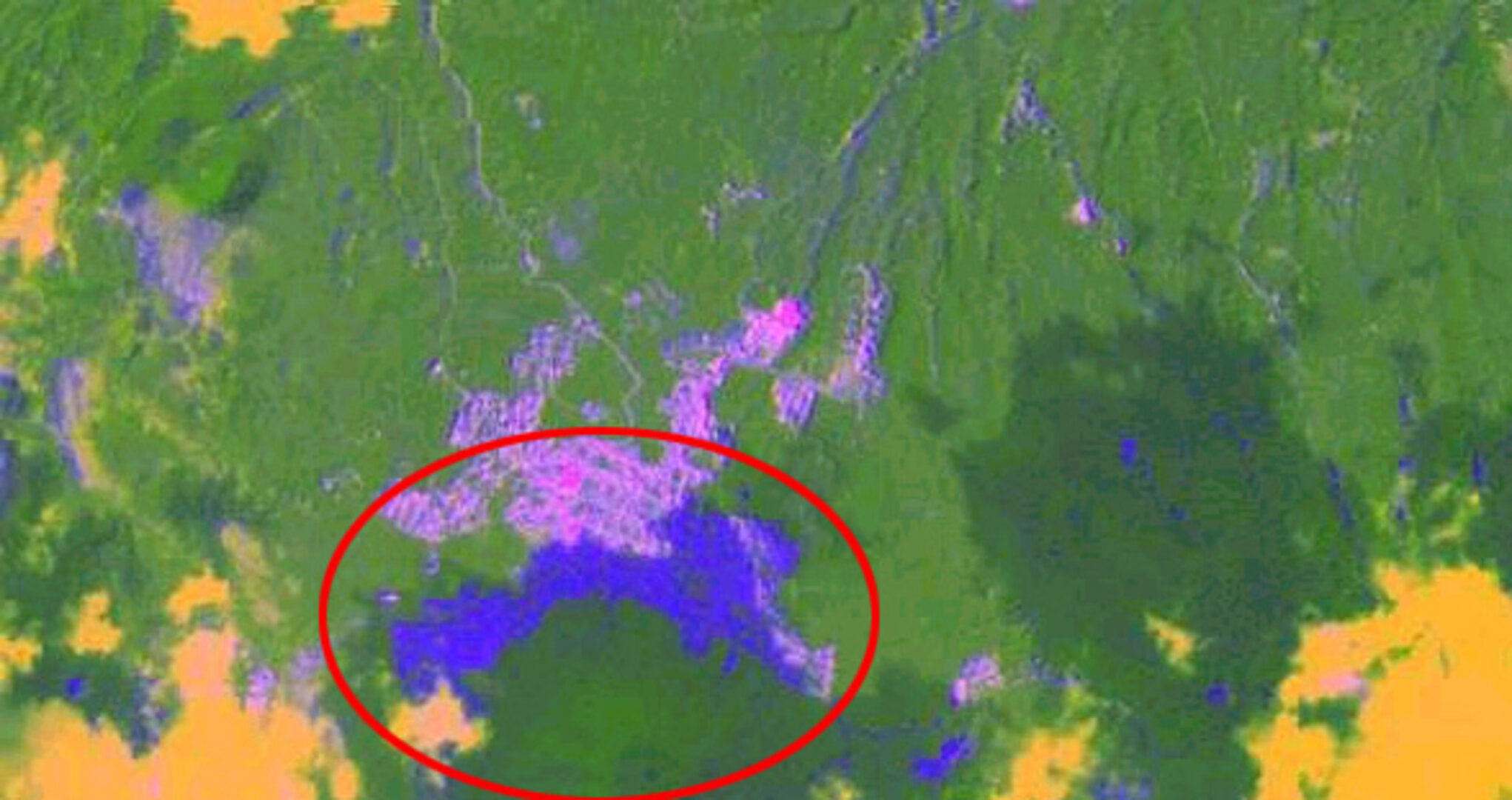 The entire southern part of Santiago de Maria (located on the slopes of the Tecapa volcano) at the bottom of the image is no longer visible in the image of 18 January 2001 (after the earthquake). The damage undergone by the dwellings is identified in blue.

Approximately 50% of Santiago de Maria (at bottom of image, dark blue) was destroyed. Partial damage to remaining dwellings is detected in purple. The most likely hypothesis is that Santiago de Maria was destroyed by a mudslide originating from the Tecapa volcano (1594 metres of altitude) which in turn was triggered by the earthquake.