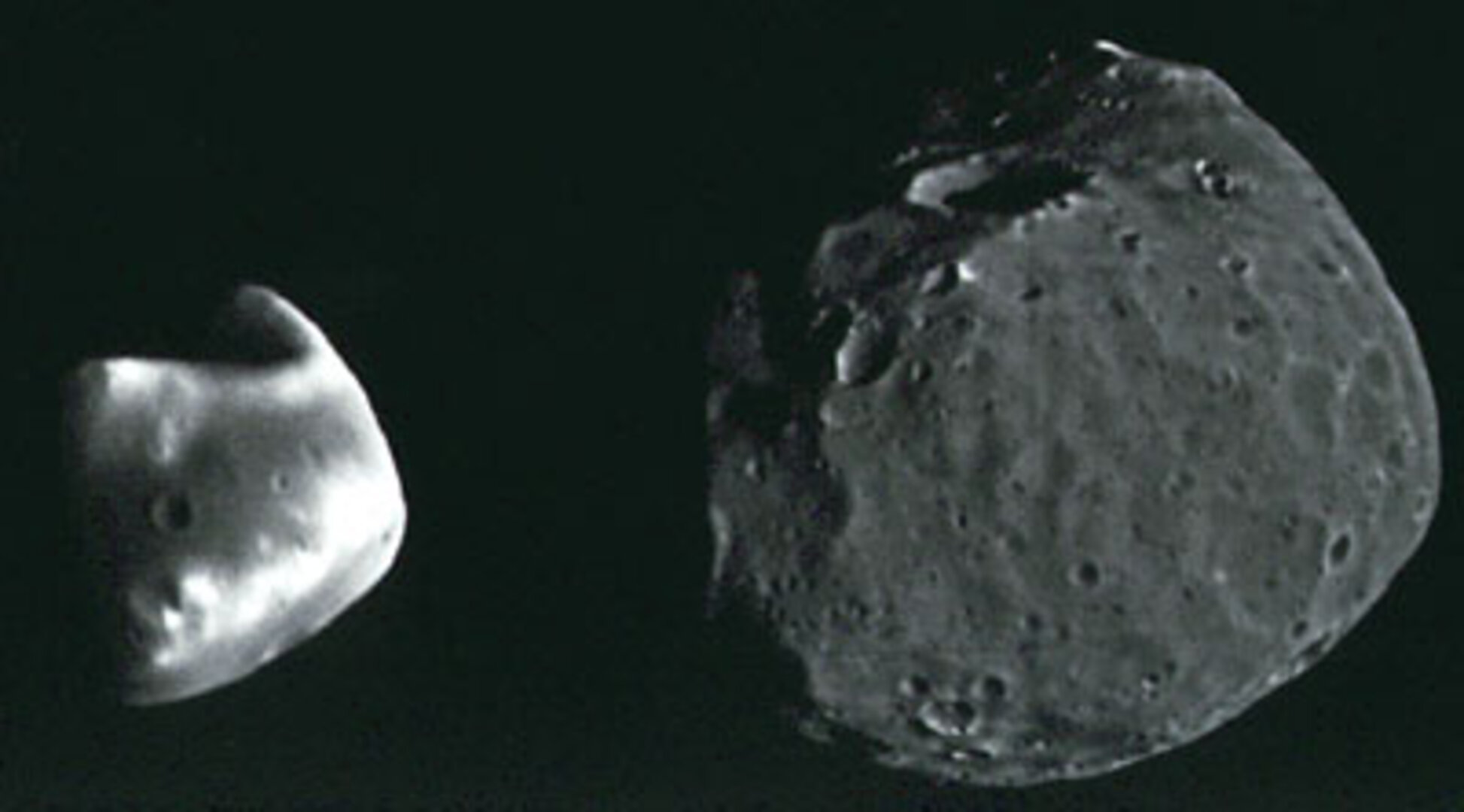 These images of Mars' asteroid-sized satellites Phobos (right) and Deimos (left) were taken by the Viking Orbiter 2 and 1 respectively. Phobos has a mean radius of approximately 11 km and Deimos 6 km. Phobos is a little more than 9000 km from Mars, while Deimos is more than 23 000 km away from the planet. Both satellites are believed to be captured asteroids composed of carbon-rich rock and both are heavily cratered from impacts of meteoritic debris. Photo: NASA