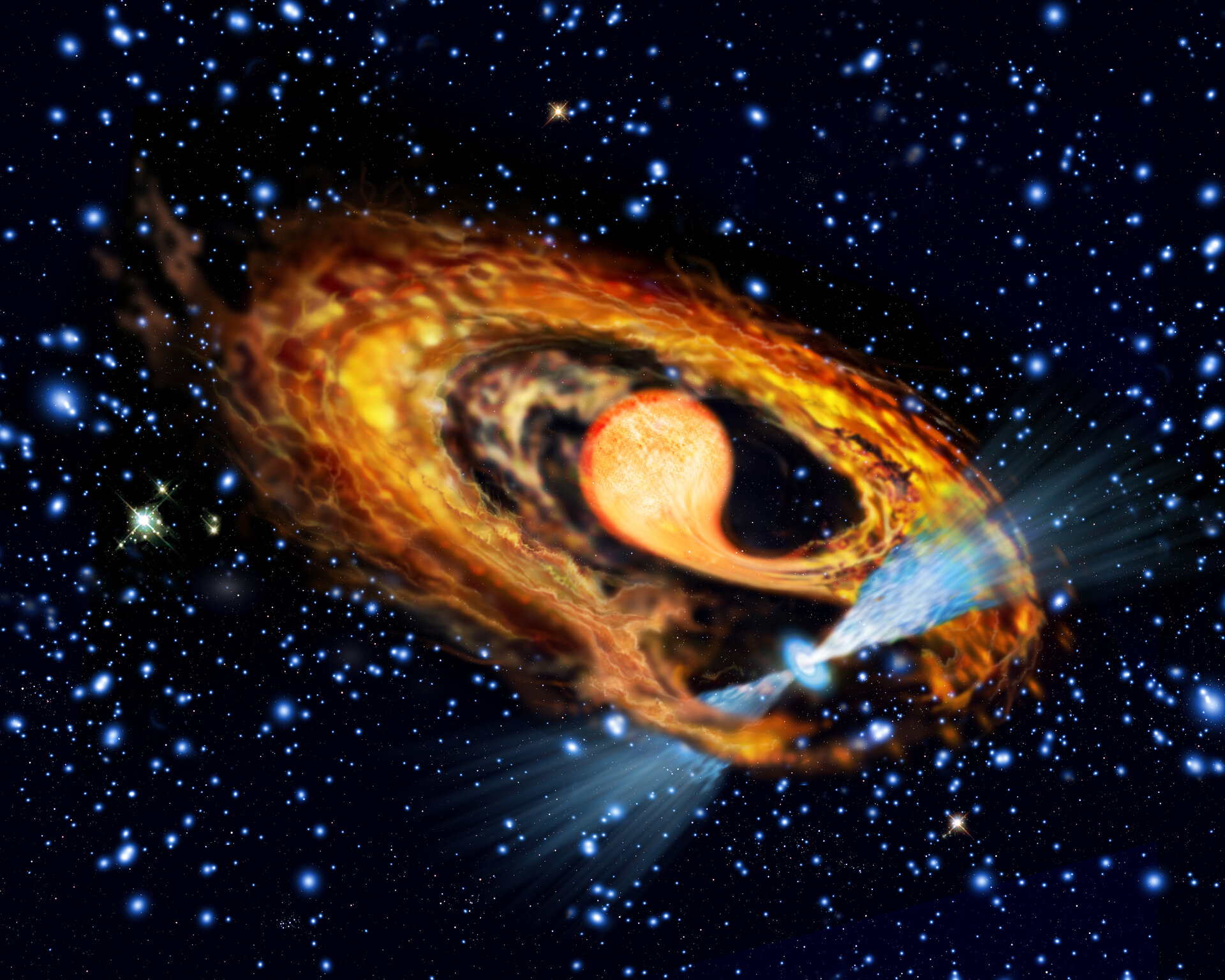 The artist's impression shows the pulsar (seen in blue with two radiation beams) and its bloated red companion star in the globular cluster NGC 6397.
Scientists believe that the best explanation for seeing a bloated red star instead of a 'quiet' white dwarf in the system is that the pulsar only recently has been spun up to its current rotation speed of 274 times per second by the gases transferred by the red star. It is the first time such a system has been observed