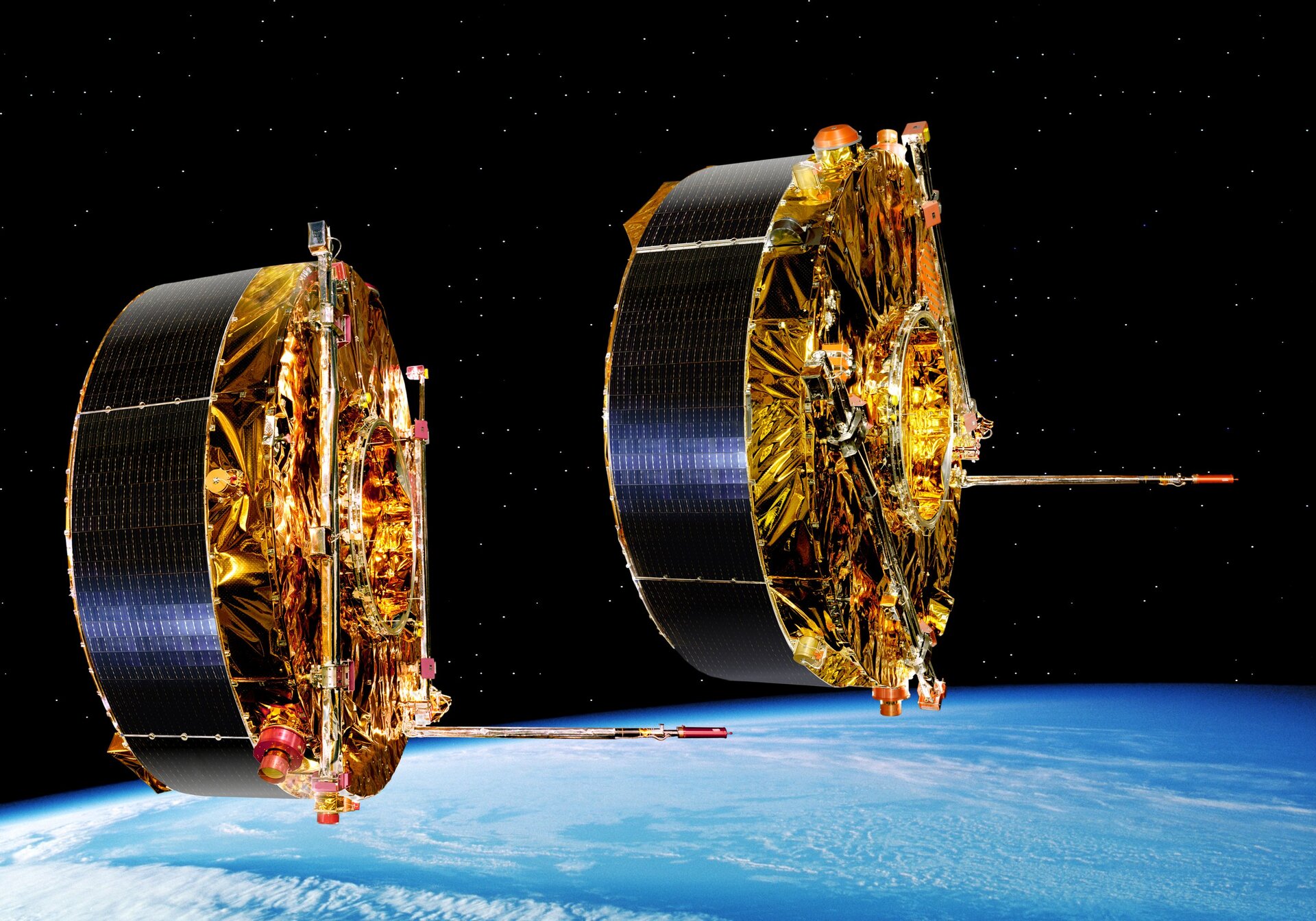 The 16 July 2000, at 14.39 CEST, a Soyouz-Fregat launch vehicle provided by the French-Russian Starsem consortium lifted off with FM 6 Salsa and FM 7 Samba, the first pair of Cluster II satellites.

ESA's Cluster II mission, consists of four identical spacecraft flying in formation between 19000 and 119000 km above the Earth.
There, they will study the planet's magnetic field and electric surroundings in three dimensions.In particular, they will be looking at the effects of the solar wind, the hot wave energy produced by the Sun, which buffets Earth's protective magnetosphere.

This wind often breaks through the magnetosphere at the poles, producing auroras.

Cluster II will examine this and many other phenomena associated with the solar wind.