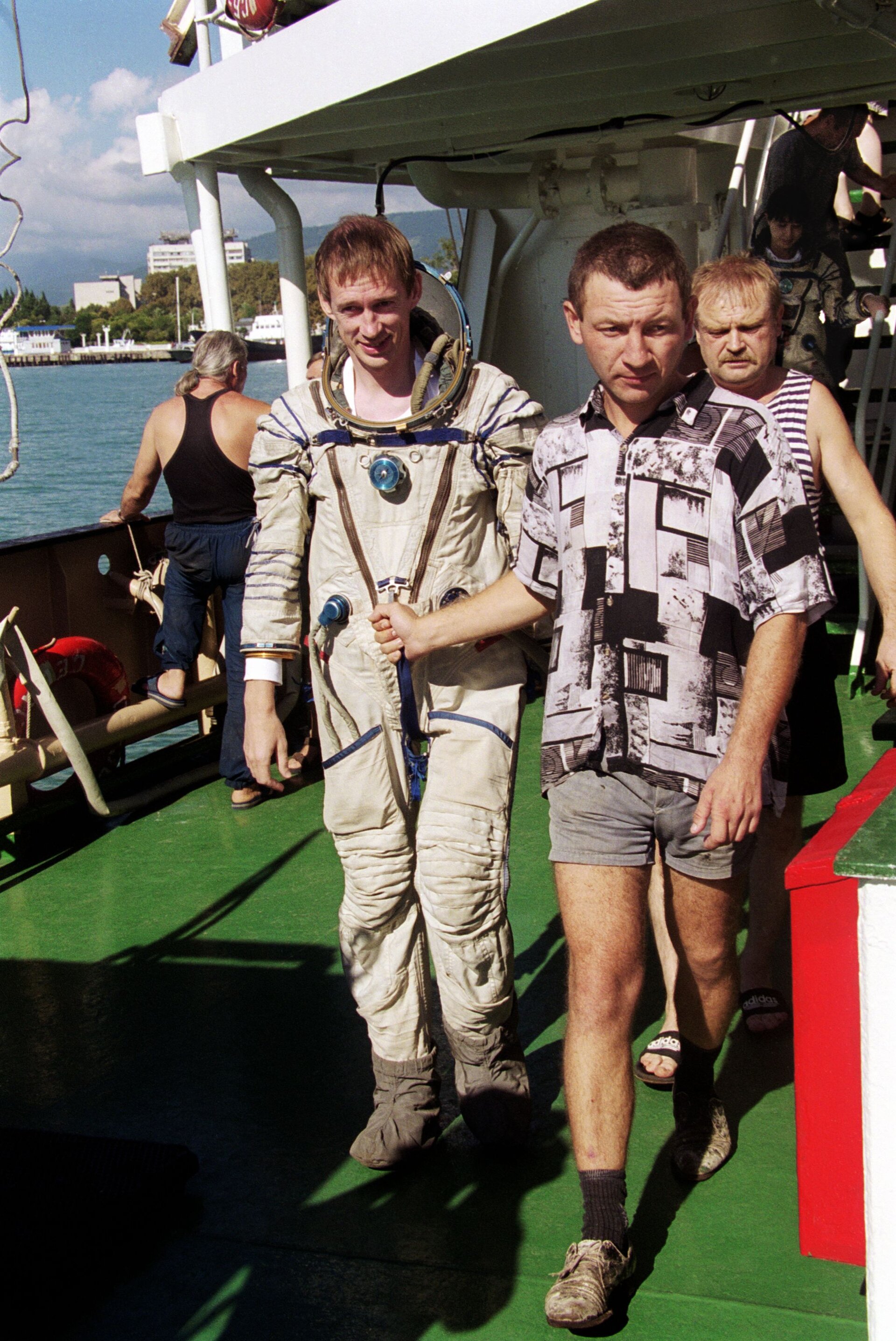 European astronaut Frank De Winne during a survival training in Black Sea for its next taxi flight mission.
Frak De Winne has been assigned to fly to the International Space Station (ISS) in November 2002 on a Russian Soyuz launcher. He will be flight engineer on a taxi flight, a 10-day mission with the main purpose of exchanging the Soyuz capsule, which is permanently docked with the Station to serve as a rescue vehicle, if needed.
A substantial scientific experimental programme will also be conducted during the mission, including experiments led by Belgian scientists.