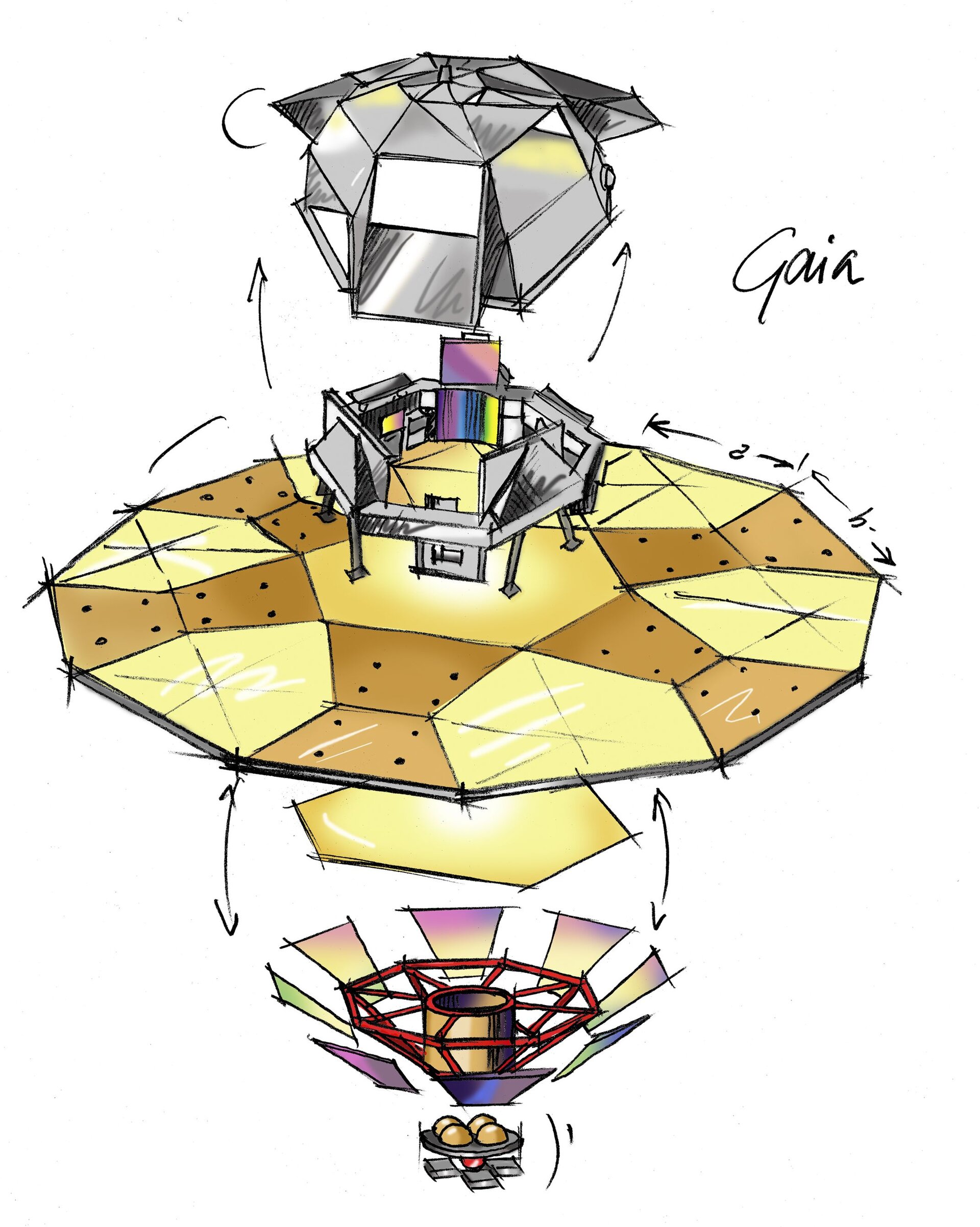 Gaia will survey more than one billion stars, including many of the closest stars to the sun. Its goal is to make the largest, most precise map of where we live in space by surveying an unprecedented one per cent of our galaxy's population of 100 billion stars.
The map is crucial to our modern understanding of the Milky Way, the galaxy in which we live. The reason is that, during the mapping, Gaia will detect the motion of each star in its orbit around the centre of the galaxy. Much of this motion was imparted upon each star during its birth and studying it allows astronomers to peer back in time, to when the galaxy was first forming.

By constructing this map of the stars, Gaia will help to uncover the mysteries surrounding how the Milky Way formed in the first place.