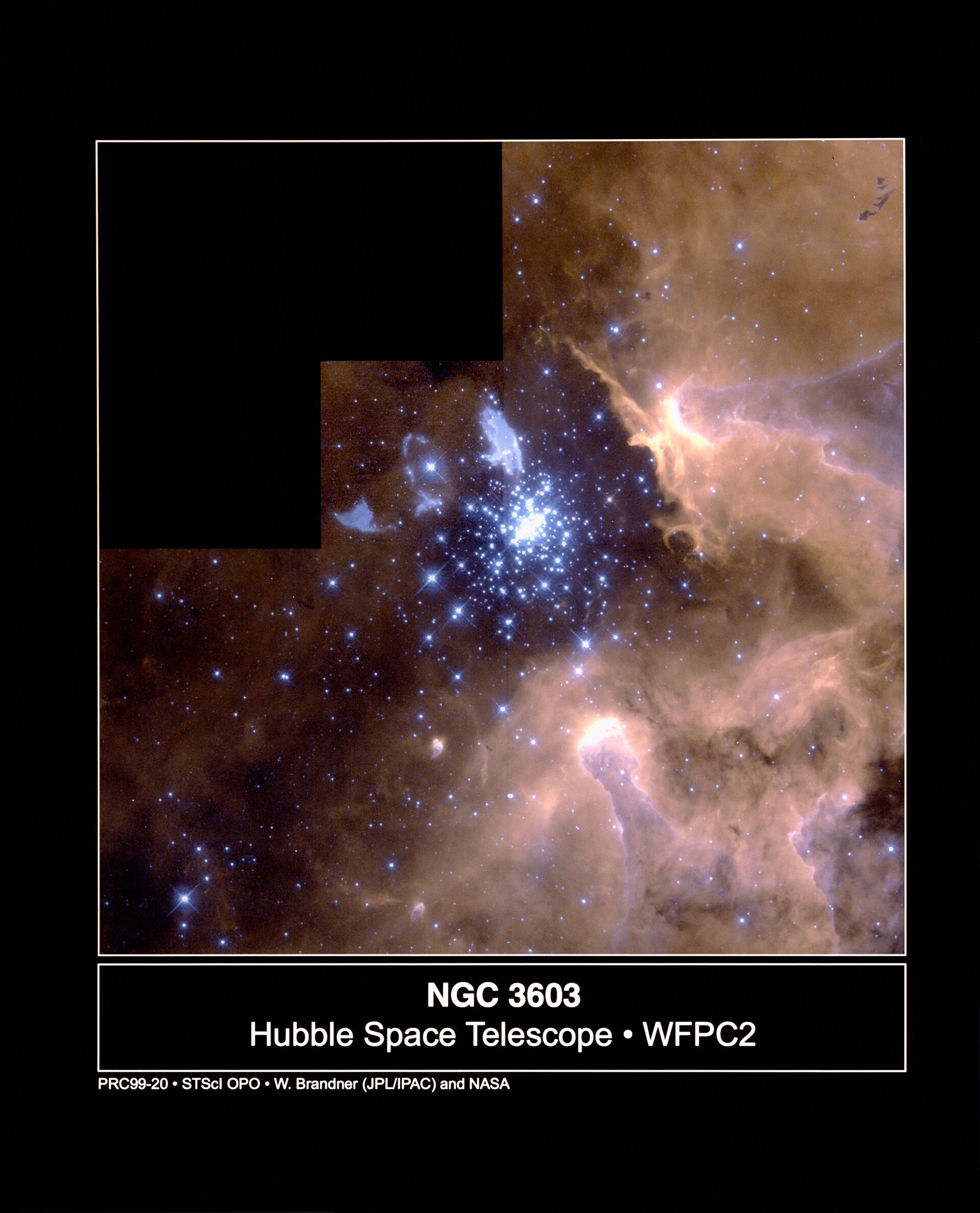 In this picture of the giant galactic nebula NGC 3603, the crisp resolution of NASA's Hubble Space Telescope captures various stages of the life cycle of stars in one single view.
To the upper left of center is the evolved blue supergiant called Sher 25. The grayish-bluish color of the ring and the bipolar outflows (blobs to the upper right and lower left of the star) indicates the presence of processed (chemically enriched) material.
Near the center of the view is a so-called starburst cluster dominated by young, hot Wolf-Rayet stars and early O-type stars. A torrent of ionizing radiation and fast stellar winds from these massive stars has blown a large cavity around the cluster.
The most spectacular evidence for the interaction of ionizing radiation with cold molecular-hydrogen cloud material are the giant gaseous pillars to the right of the cluster.

Dark clouds at the upper right are so-called Bok globules, which are probably in an earlier stage of star formation.
To the lower left of the cluster are two compact, tadpole-shaped emission nebulae. Similar structures were found by Hubble in Orion, and have been interpreted as gas and dust evaporation from possibly protoplanetary disks (proplyds). The proplyds in NGC 3603 are 5 to 10 times larger in size and correspondingly also more massive.
This single view nicely illustrates the entire stellar life cycle of stars, starting with the Bok globules and giant gaseous pillars, followed by circumstellar disks, and progressing to evolved massive stars in the young starburst cluster. The blue supergiant with its ring and bipolar outflow marks the end of the life cycle.
The color difference between the supergiant's bipolar outflow and the diffuse interstellar medium in the giant nebula dramatically visualizes the enrichment in heavy elements due to synthesis of heavier elements within stars.
This picture was taken on March 5, 1999.