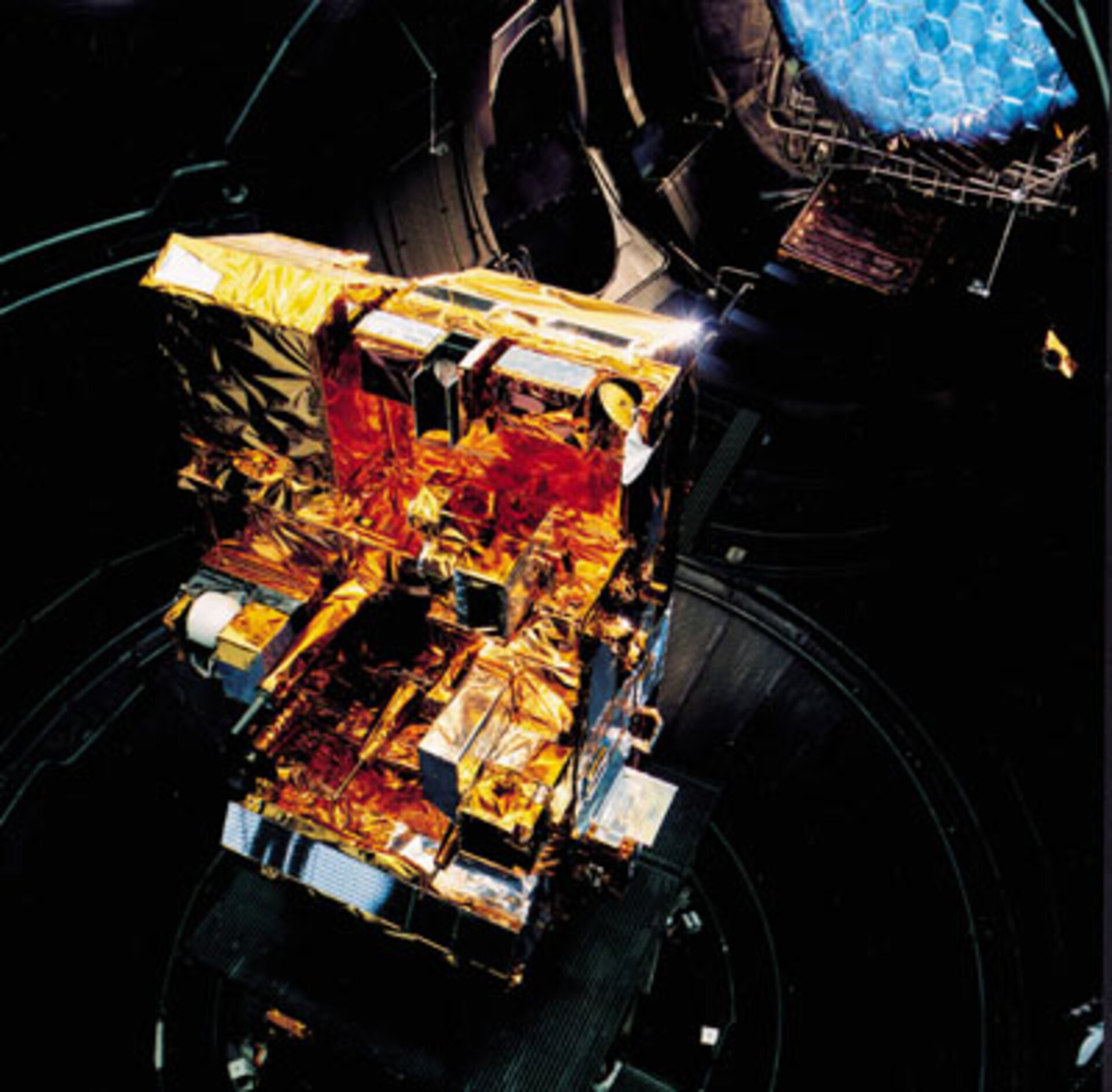 MetOp preparation: the model of Metop’s payload module under test in ESTEC’s thermal testing in LSS (Large Space Simulator), in June 2001.
MetOp will be Europe’s first operational polar-orbiting weather satellite. It will replace one of two satellite services operated by the United States National Oceanic and Atmospheric Administration (NOAA).
The United States has delivered meteorological data from polar orbit, free of charge, to users worldwide for almost 40 years. MetOp represents Europe’s contribution to a new cooperative venture which will secure this weather data service for the few next decades. The present plan is to launch three MetOp satellites sequentially to maintain the service for at least 14 years.