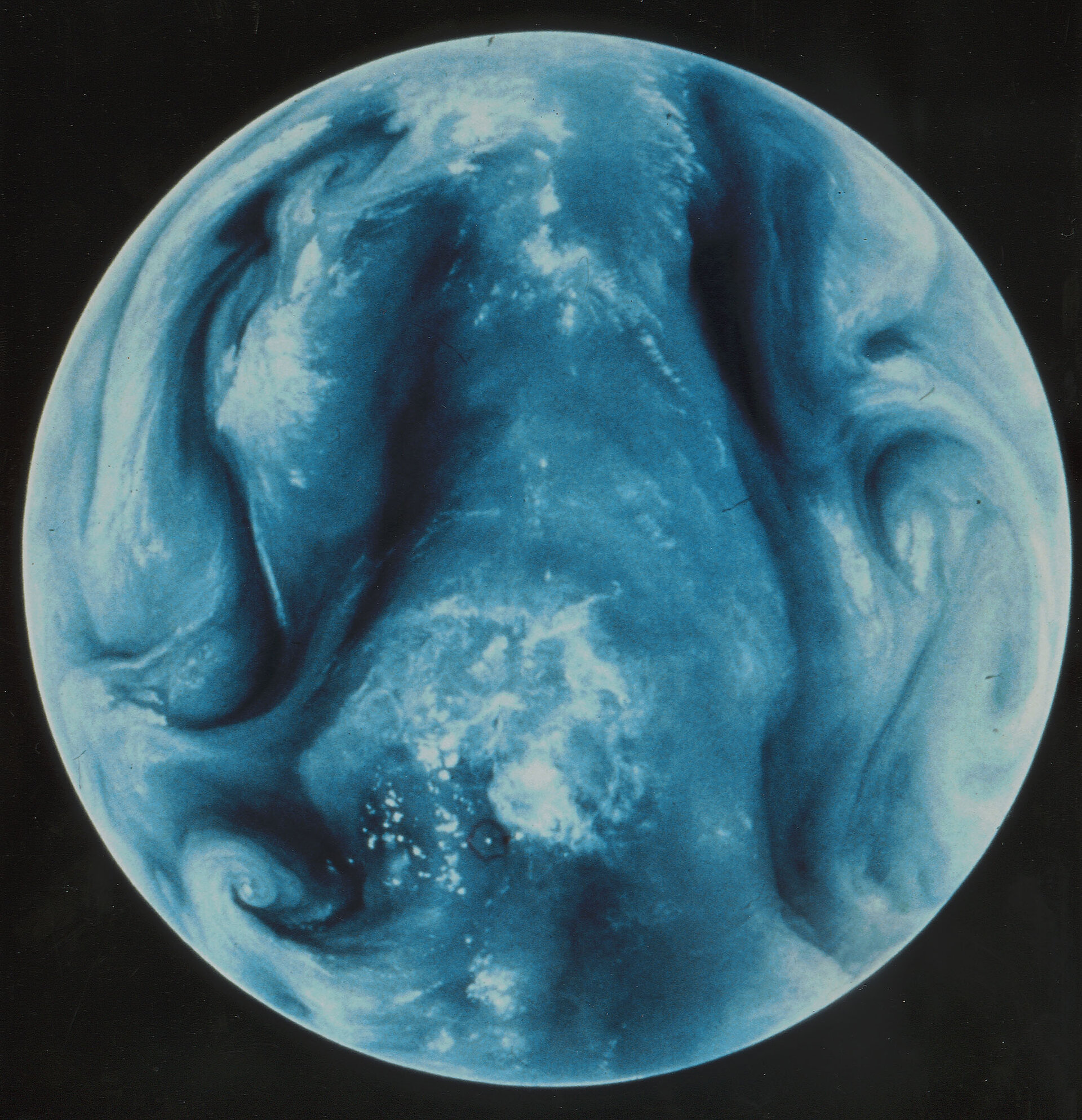 Picture of Earth taken by Meteosat in water vapour channel

For the past 23 years, Europe’s Meteosat satellites have been sending pictures of the weather back to Earth for viewing by millions on daily TV weather bulletins. Their position in geostationary orbit at 0 degrees longitude has given them an unprecedented view of the weather over Europe, Africa and the eastern Atlantic. The images have contributed to an enormous improvement in the accuracy of medium-range weather forecasts over these regions.
With the pre-operational programme well underway, plans were drawn up in 1983 for the Meteosat Operational Programme (MOP).
The decision was taken to create Eumetsat, the European Organisation for the Exploitation of Meteorological Satellites, to run the programme on behalf of users. The operational programme involved building Meteosats 4, 5 and 6 (MOP 1, 2 and 3) for launch in 1989, 1991 and 1993 respectively.
ESA’s role changed from one of development and programme definition to satellite procurement and housekeeping on behalf of Eumetsat.
Meteosat-7, the last satellite in the series was launched in 1997. It is part of a Meteosat Transition Programme (MTP), which will manage the handover between the first and second generation of satellites.
Meteosat Second Generation (MSG) will be an upgraded series of satellites employing state of the art technology, which will continue the fine tradition of the first series, but with improved data gathering capabilities.