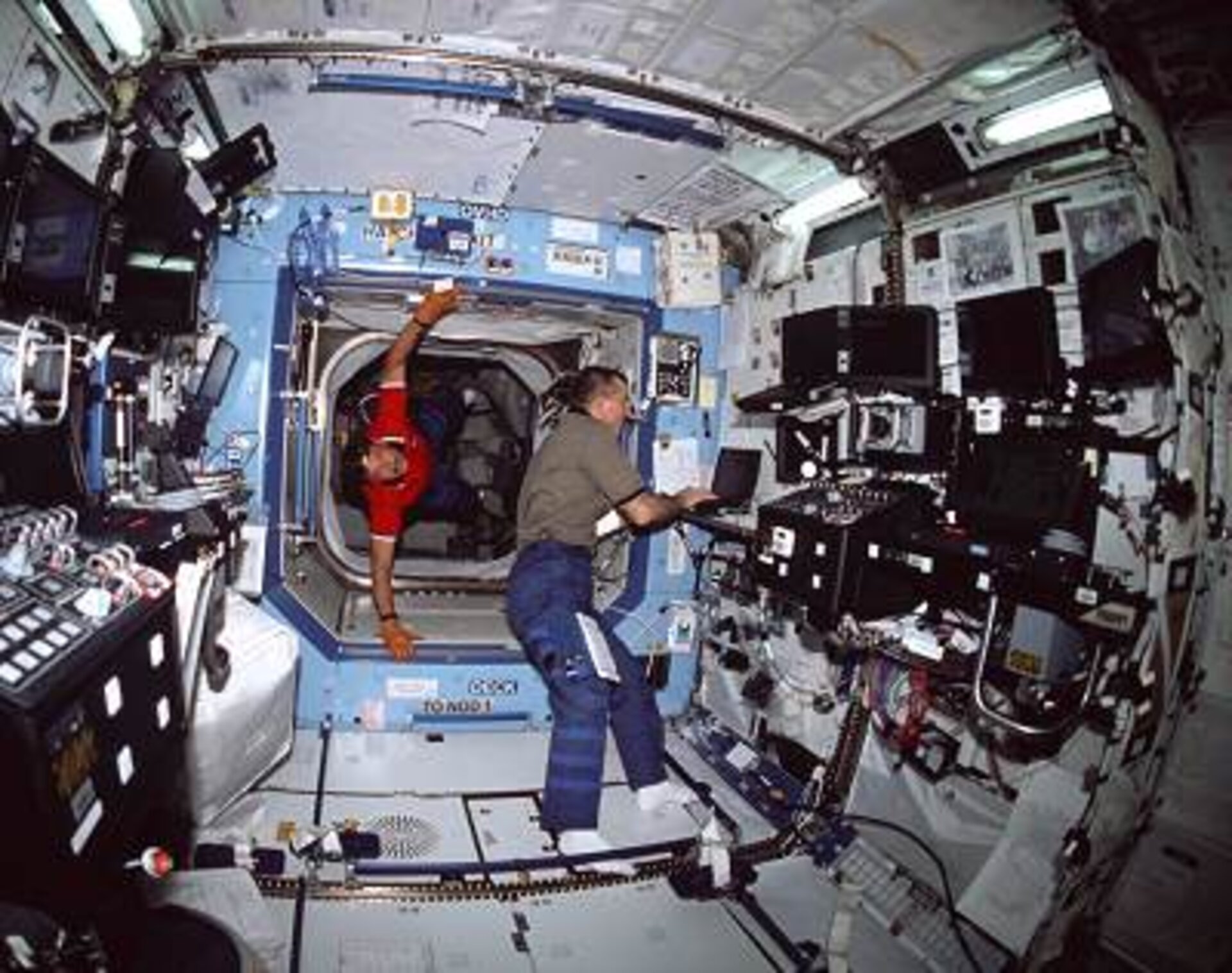 Astronaut James S. Voss, outgoing Space Station flight engineer, performs a task at a work station in the Destiny laboratory as a "guest" arrives from the Space Shuttle Discovery. Astronaut Scott J. Horowitz, STS-105 mission commander, floats through the hatchway leading to the Unity node. A 35mm camera, equipped with a "fish-eye" lens, was used to record the image. Voss, who had spent the last five months aboard the orbital outpost with his two Expedition Two crew mates, later joined Horowitz and his crew when they returned to Earth on 22 August 2001. (Photo: NASA)