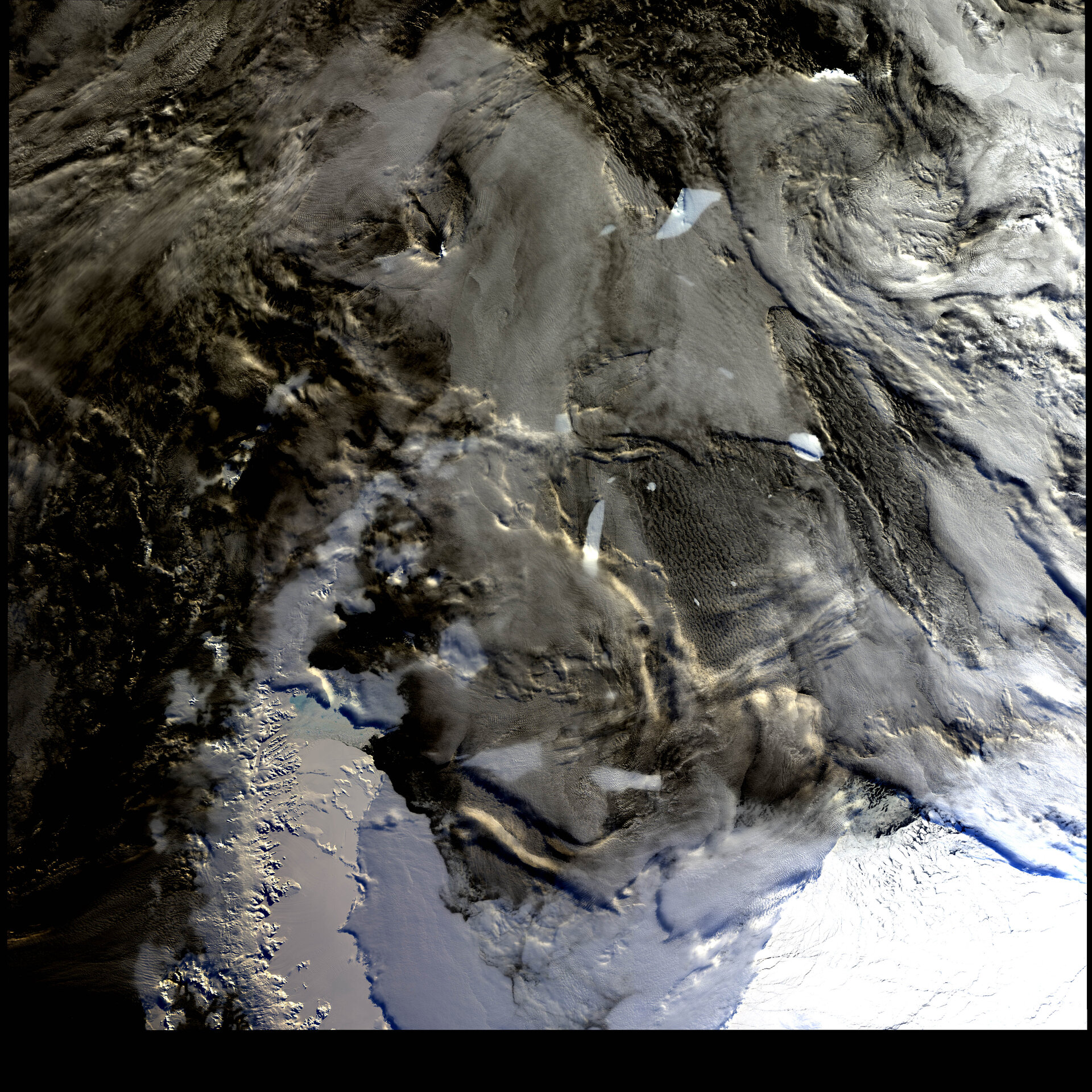 The Antarctic Peninsula, visible on the left side of this image, extends for 1000 km in a south-north direction and is situated between the Bellingshausen Sea on the west and the Weddell Sea on the east.

This region has experienced exceptional atmospheric warming since the 1950s and is therefore of key interest for global change research. Over the last 50 years an average temperature increase of 2.5°C has been observed at the climate stations on the Peninsula. This has triggered the retreat and break-up of several ice shelves, culminating in the collapse of the two northern parts of the Larsen Ice Shelf in January 1995 (Larsen A) and in March 2002 (Larsen B). Some of the icebergs results of this collapse can be distinguished under the cloud layer.