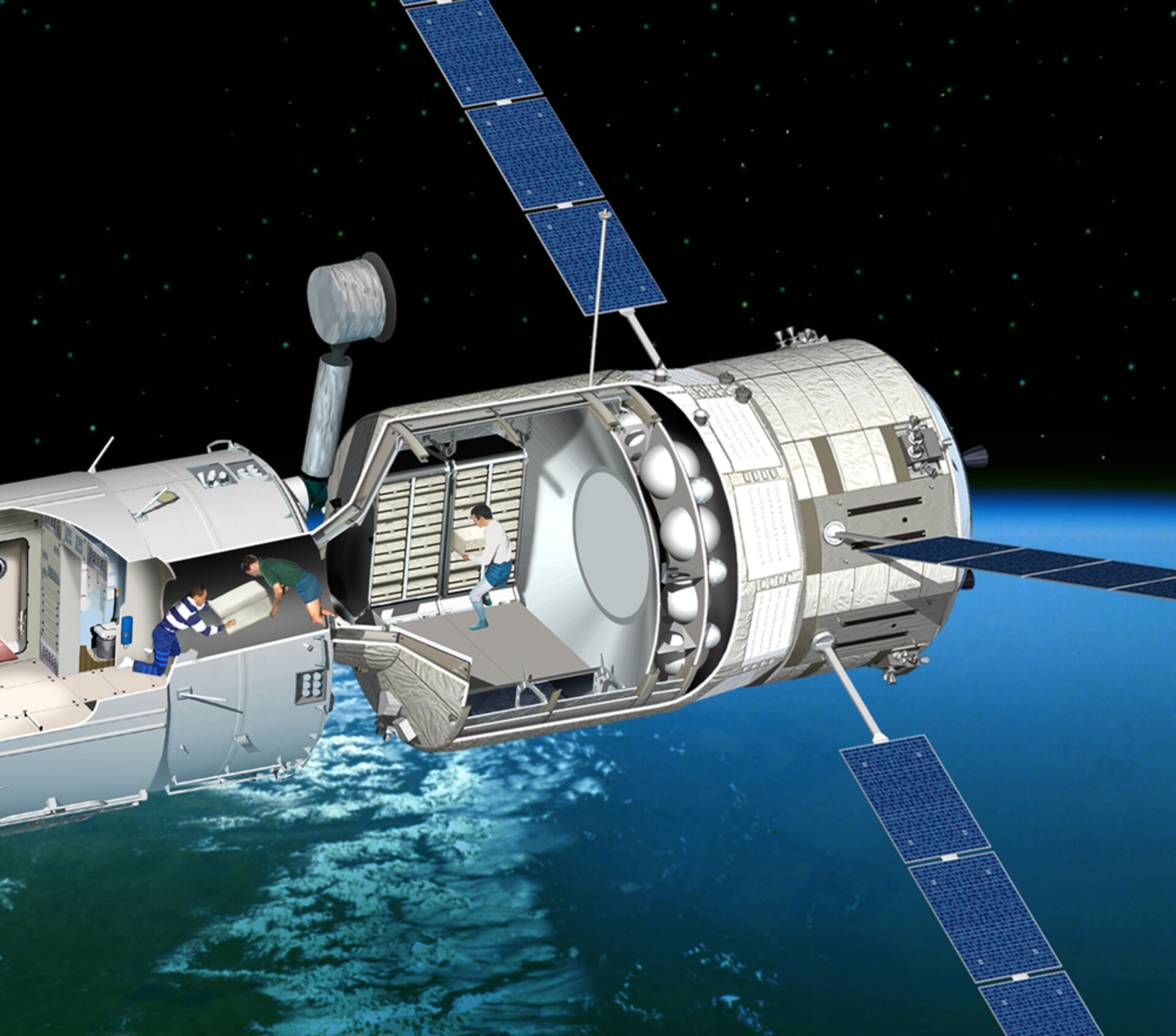 Artist's impression of the Automated Transfer Vehicle approaching the International Space Station.
In combination with ESA's new Ariane 5, the 20.5 t, 8.5 m-long Automated Transfer Vehicle (ATV) will enable Europe to transport cargo to the International Space Station. This new vehicle, scheduled for its initial test flight in October 2002, can carry 9 tonnes of scientific equipment, general supplies, water, oxygen and propellant. Up to 4 t can be propellant for ATV's own engines to reboost the Station at regular intervals as atmospheric drag reduces the orbit. Developed under Aerospatialess prime contractorship, an ATV will be launched on average every 15 months as a means of ESA contributing to the Station's operating costs. It can remain docked for up to 6 months, during which time it will be loaded with Station waste before being undocked and flown into Earth's atmosphere to burn up.
The ATV becomes an extension of the station. The 45 m³ pressurized module of the ATV delivers up to 7,2 tonnes of equipment, fuel, food, water and air for the crew.