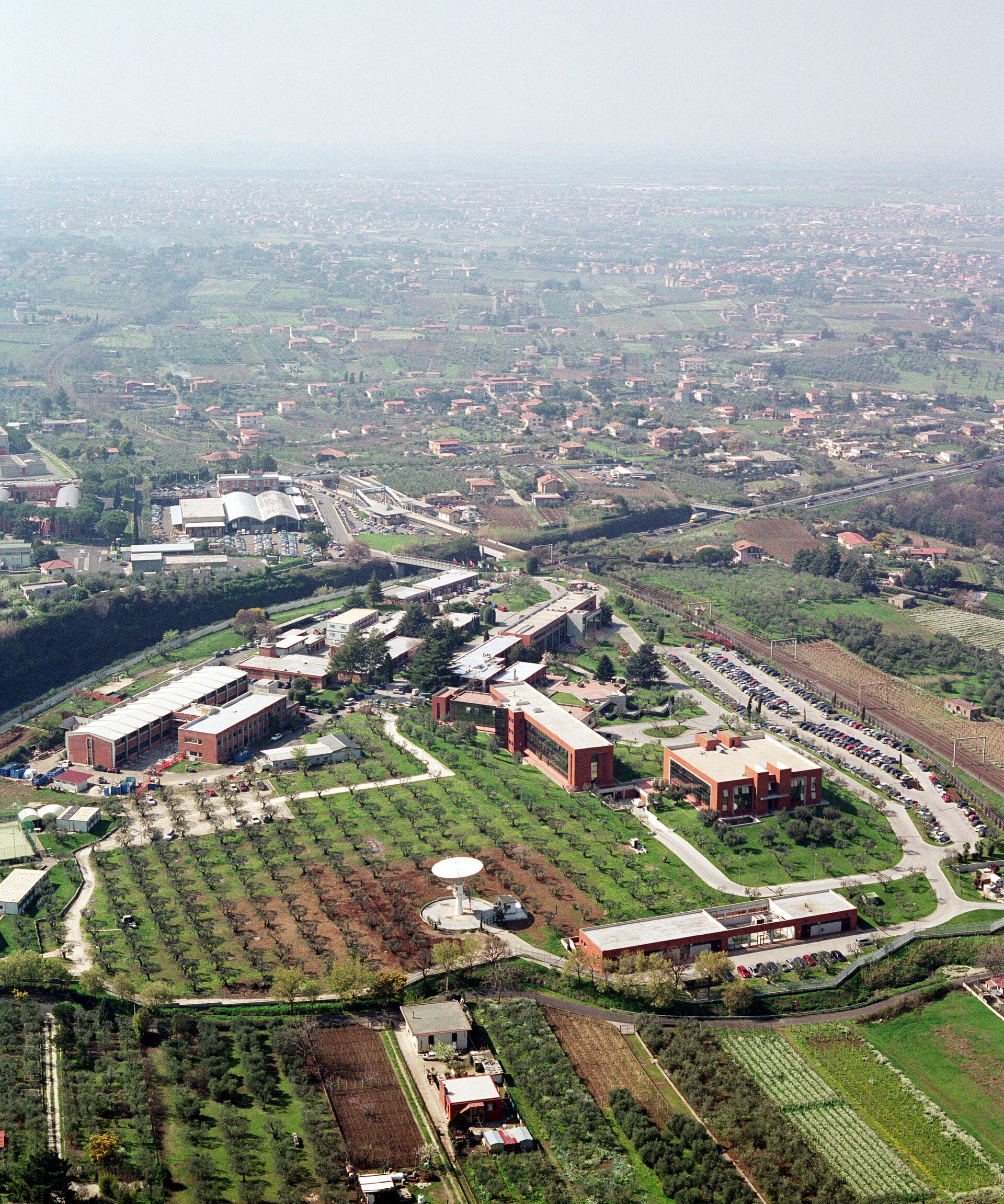 ESRIN is a European Space Agency establishment located in Frascati, near Rome. This centre was created in 1966. One of its chief tasks consists of the utilisation of the telesurveying data obtained through the earth observation mission performed by ESA’s own satellites and those of other countries through the Earthnet programme. To carry out this task, ESRIN operates ground infrastructures consisting of some 30 data reception stations scattered all over the world. Once the data have been obtained, they are processed and filed before distribution to the final users, which is effected partly on a commercial basis, thus also generating economic returns. In the framework of the European earth observation programme, ESRIN is also responsible for the development operations regarding the Envisat satellite’s Payload Data System (PDS). This mission, with is load of complex, advanced instruments on board, will transmit earthwards an enormous quantity of data that must be processed for their various fields of application. A special building has been dedicated to housing the infrastructure control and management equipment for the ground segment of Envisat. Another fundamental task carried out by ESRIN is the management of the Agency’s entire informatics system. Frascati also hosts the team responsible for the programme for the development of a small three stage satellite launcher named Vega, which is to weigh less than 1.000 kg.