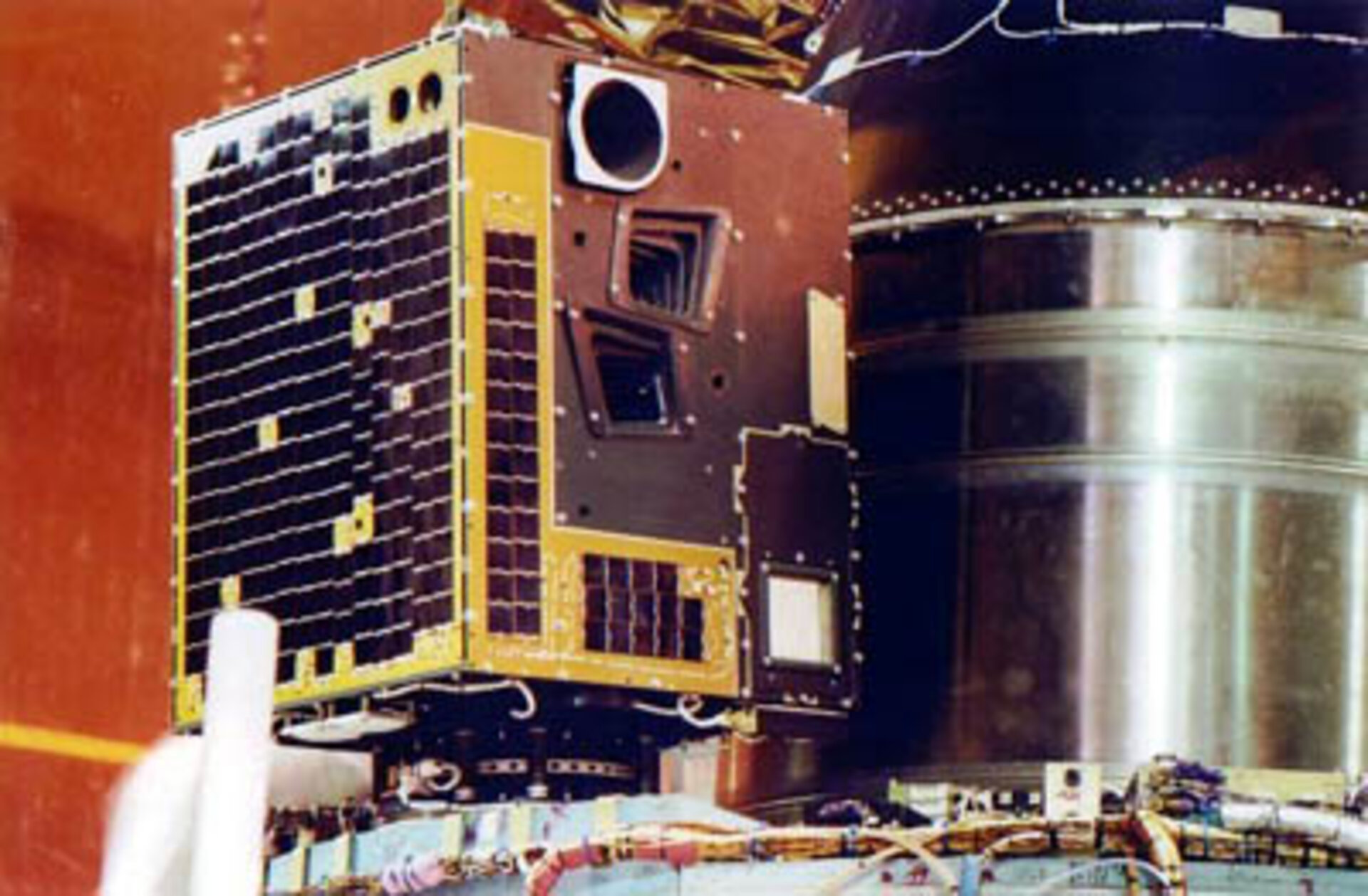 Proba-1 (Project for On Board Autonomy) was launched 22 October 2001 onboard India's Polar Satellite Launch Vehicle. Here the spacecraft is seen mounted on the Indian launcher at the launch site at Shriharikota, a small island 100 km from Madras. ESA is considering several launch options for the second Proba satellite, including Ariane 5 and the new Vega launcher when it becomes operational.